A post-breakfast meeting allocated areas that have not been covered many times or at all to each person. I chose to head to the marshes and edge of the hills taking in at least one nest site from 2005. I was dropped off by Egor and headed out alone for the day checking the place where Nige and I saw a SBS a few days ago, the marshes and part of the hills, no sign or sound.

I discovered two more pintail nests and noted a number of ringed plover territories. At the furthest point that I reached in the marsh a movement alerted me to a small wader that fluttered ahead, it was a territorial red-necked stint. 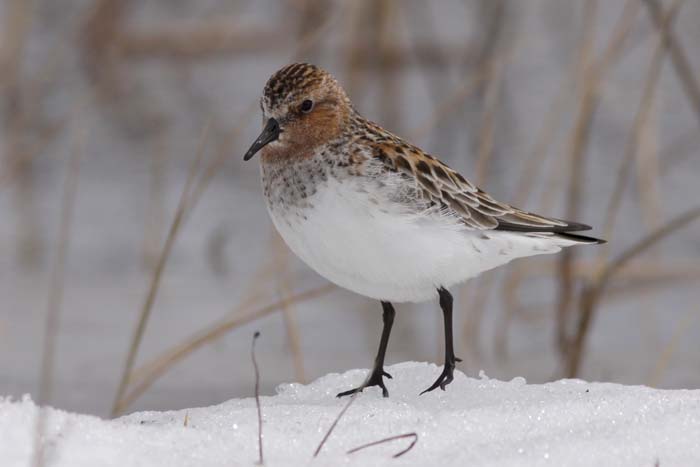 It was quite warm I had seen three species of butterfly but will have to get home to research what they are. The flowers are opening up and the tundra is changing colour, a green hue to the hills is also noticeable. In one part of rather silted marsh I found that the mosquitoes were all over bare skin and biting, repellent on and retreated to a breezier section. I made ‘raids’ into the marshes following transects of suitable habitat to explore what was there. Realising the time, I began to head back stopping off at pools and joining Jochen to enjoy watching a feeding SBS in the evening sun. Eventually getting back to base at 1845hrs. 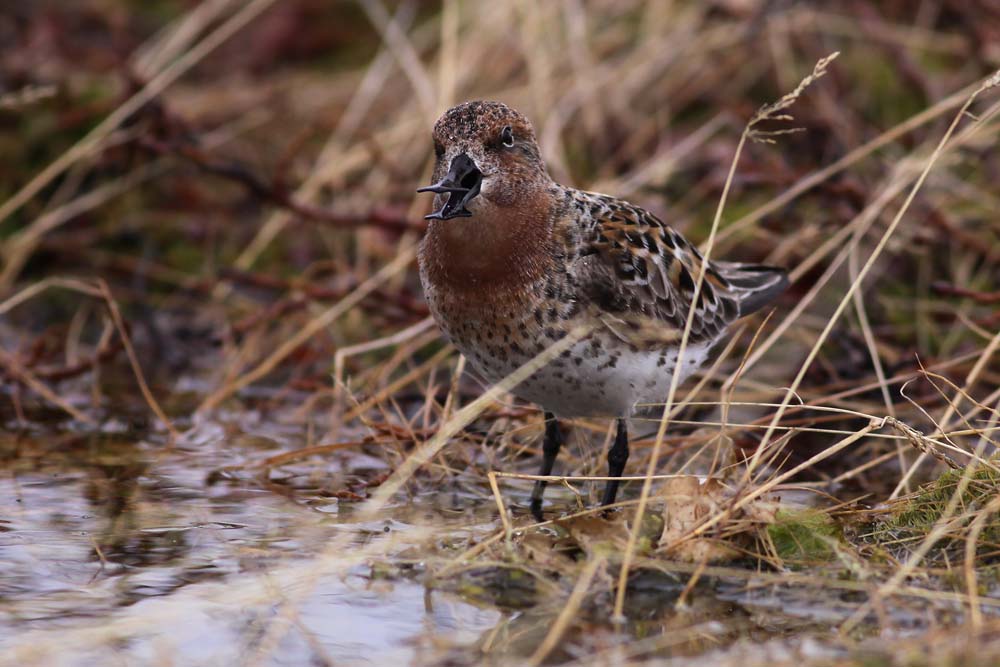 Our colleagues had explored various areas without going near known SBS nests, a couple of vocal males and a female had been watched in the hills but no more nests were located today. Nikolay searched the eastern spit, water levels have dropped but he found no birds. One can only hope they may be established elsewhere within reach of us or even not, as long as chicks are reared in 2011.