It was a public holiday for locals; another gorgeous, sunny, but still cool day for us.

Simon went off with Pavel and Egor catching red knot for ringing and trying to locate nests.

They spent all day out there using a mist net to catch them. Poles are carried with the fine almost invisible net strung between them. This is then placed over the bird, where it is extracted and ringed.

There is a major international project trying to identify the flyways, breeding and wintering grounds of waders in the Pacific as well as in Europe. They had another tagged bird yesterday, which was marked in New Zealand – amazing recoveries – and here they are nesting.

I took the quad with Nige and headed out to explore. 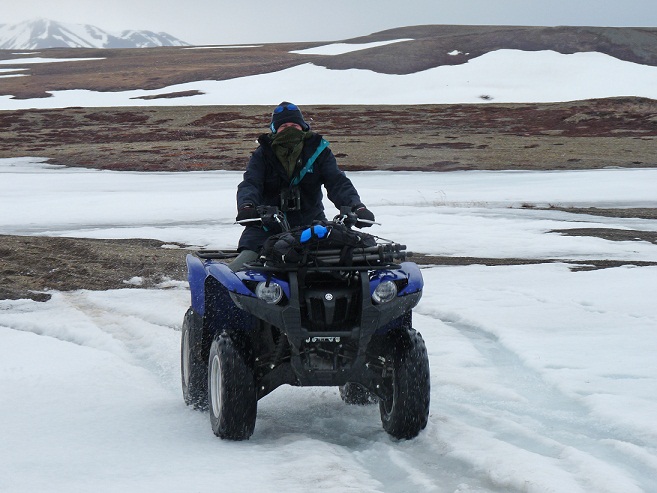 A pair of spoon-billed sandpiper seemed to be on territory and walking along the edges feeding.

We positioned ourselves ahead of them and waited.

The SBS pair walked right past us and fed. The male would stop and call/sing briefly to make sure the female was OK. She would reply with a shorter, quieter call. 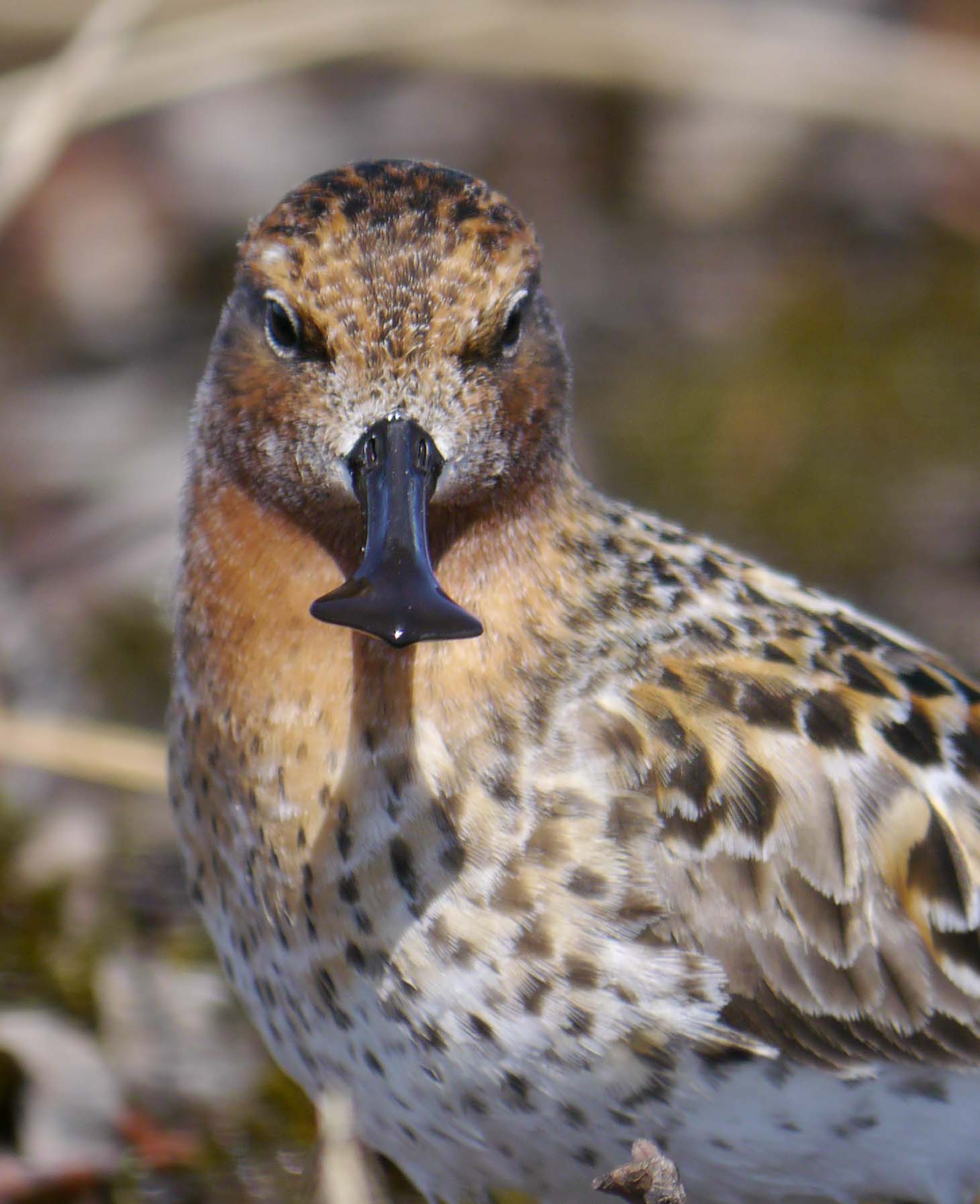 I knelt in the water and could feel it trickling down into my wader boots but I dare not move when they were so close.

We also lay on a gravel bank nearby and watched them feeding, videoed and photographed them.

A van drove past, the male went on lookout, followed the vans progress squatting as it passed and returned to feed.

The main gravel track/road leads from Meinypylgyno to a settlement west of here since the snow melted and the water levels on the plain subsided there has been more traffic.

Most of the transport is motorbike and sidecar, a few chopper trikes with huge inflated tyres and the odd van. 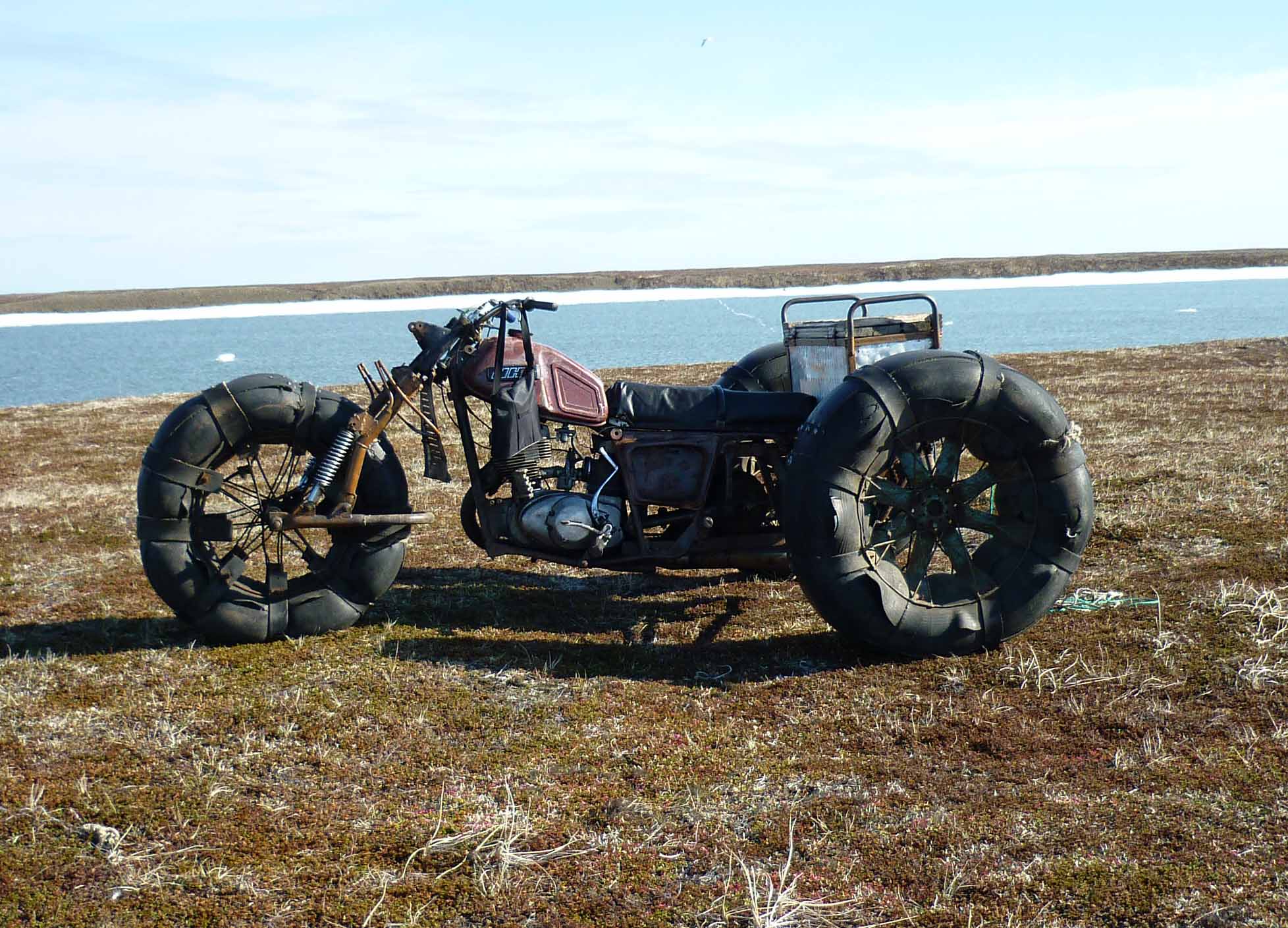 Heavy loads are carried on ski based trailers; even fishing sheds are moved in this way. This system is very useful on snow but does have an effect on the dry gravel as it scours the ground.

After what can only be described as a delightful experience watching the spoon-billed sandpiper, we moved off west to look at a marsh and stream.

We followed its course, reaching a snow bank where the stream flowed beneath it.

Beyond we noted a pair of ringed plover. The female had a light green leg flag, so was one of Pavel’s/Nicolai’s birds.

A party of 12 Pacific white-fronted geese rose from the stream, a pair of teal also.

We saw a dusky warber flitting between bushes, a singing bluethroat rising high into the sky and parachuting down again, two displaying red-throated pipits, a buff-bellied pipit and a grey-tailed tattler, a large robust wader that behaves very like a common sandpiper on the clear fast flowing stream.

Whilst Nige photographed it I found the nest of a pintail situated in a willow clump within the flood basin.

A full clutch of eggs and dark down could be seen. 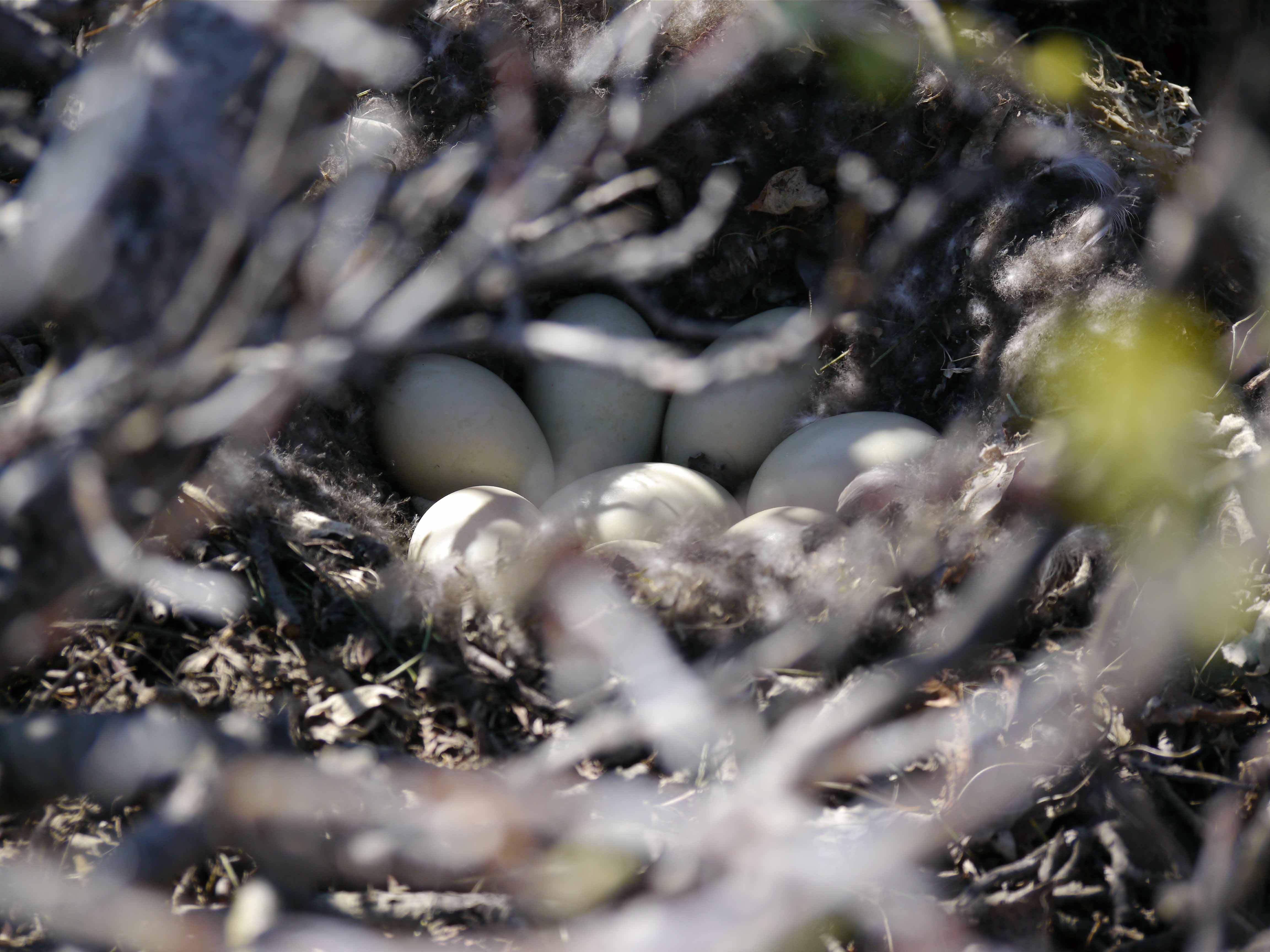 We walked back to the quad noticing large and small fish in the stream.

I suffered a booter (wader full of water) misjudging depth.

We had an early finish to this field visit as once again, like everyone every few days, I was plagued by stomach cramps.

We got back in at 1630hrs. I headed back out an hour later to drop Jochen and Liza on the shore of the lake.

They were hiking to a spot to camp out and check a spit that has held SBS before.

I checked the lake level at the spit on the way back, seeing a Pacific diver and the skeleton of a whale. All of the marshy ground was now flooded out only a few islands could be seen.