Usual routine for morning, I head out in the afternoon with Nige heading east to the base of the spit, a broad sweep of gravel interspersed with creeks and pools. We set off on a route but have to walk around many stretches as they are too deep. Eventually we reach the lake shore passing a white-billed diver, 2 Pacific divers and what appears to be 2 black-throated divers. At least two white-tailed eagles fly lazily across the vast, mostly frozen lake. Pavel, Egor and Liza arrive on the quad, they bring good news, they have located two singing male and two feeding female SBS on a spit many km to the east.

We carry on foot to spend time at one of the territories, an hour spent listening revealed nothing. Every sweeping scan reveals small furry heads on every horizon the sentries are on lookout from self made mounds and below a burrow system with more hidden away. Arctic Ground Squirrels are numerous here, they warn each other of our movements for miles over all terrain, a chipping squeak sound and they disappear underground. I have caught them out in the open with the quad but even then they must be hard to catch for any predator as they cover ground swiftly and dive for cover.

We slowly plodded back for an hour and half long walk to base we have been out for five hours. On arrival at dinner a large table has been set, table cloth, the fine crockery and it is revealed that the respected wader biologist Pavel Tomkóvich is having a birthday. Our meal is accompanied by Mezcal Tequila and a Russian beer kindly supplied by our Russian friends. A lovely night and we were eventually joined by Simon and Jochen who had both been out on independent but massive hikes today. 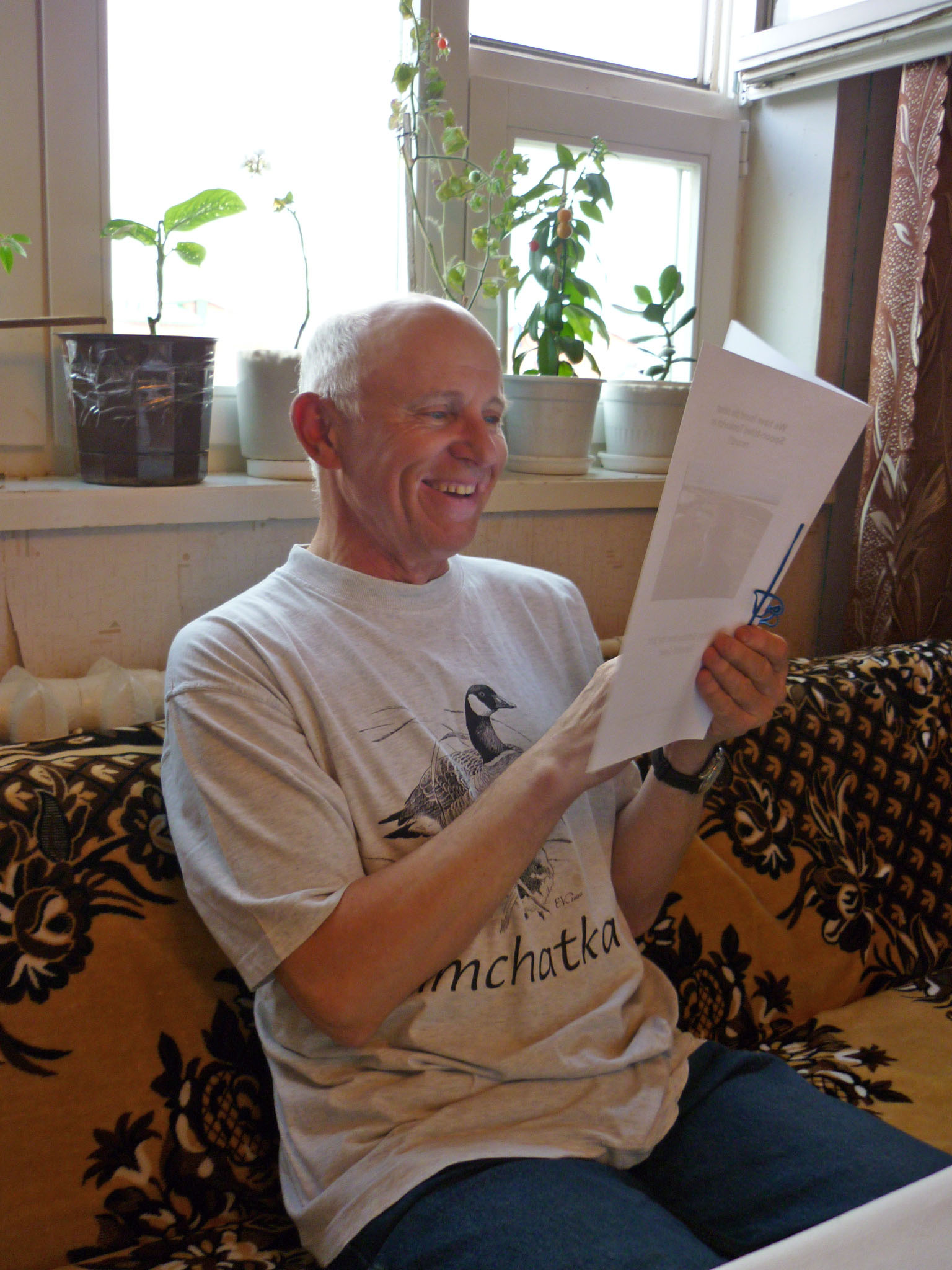 The birthday boy, Pavel, and his card

Jochen had recorded a decent number of SBS on his route but it was spoiled by finding a deep river which he could not cross, he ahd to walk 3kms around it and thus messed up his arrival time.

Highlights- diver or if in North America a Loon trio, white-billed in breeding plumage is a good looking bird.