We met up with a number of our expedition party at Liza’s flat at 1400, this consisted of, Simon, Garit, Grigor and, the charming Evgeny, who talked through what to expect and the rough plan of the expedition. It was very inspiring and whetted the appetite for me, it was highlighted how important all of our bird observations from in the field, particularly numbers, behaviour, clutch sizes and the need to record it all at a nightly log. We would be noting this electronically and, in good old-fashioned ink, in a large field notebook. I look forward to studying the various waders that breed but mostly in huge anticipation of Spoon-billed Sandpiper.

At Moscow airport we met Joachin, a German birder and Pavlo who is a very knowledgeable scientist, overall it formed a nice group of people who were all at ease with each other.

After a day of travel to Anadyr in a Boeing 647 we arrived in a snow flurry, slightly unnerved by the fact the ground appeared late into landing, glad the pilots knew it was there, no doubt via reading instruments. 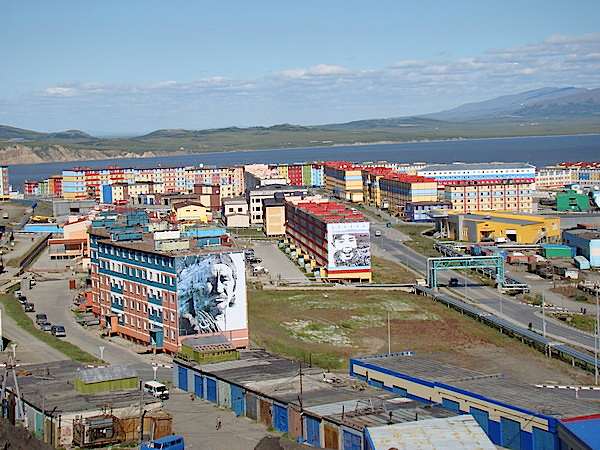 Yet another customs check, baggage reclaim for us and paperwork for our Russian fixers. After three hours at Anadyr airport we re-arranged equipment, some ready for fieldwork and the rest left for our return to Anadyr in July. We stored most baggage in lockers and carried the rest to a hotel around the corner. No lift in the hotel, so it was a good workout getting bags to the room up on the top (4th floor) and after everyone was in, we all had a chance to take stock.

Our first meal in Chukotka, I opted for the Smash (instant mash potato) with two small gherkhins and Nige selected the fish in breadcrumbs, to be fair there was nothing else but we enjoyed sitting to a meal. Outside vega and glaucous gulls were displaying. 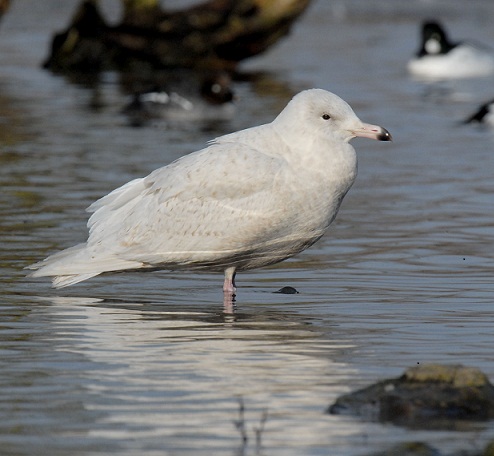