I woke as Nige and Simon were leaving for breakfast. We have a flexible system where one or all three can go and join the others but there is only room at the table for six at a time. If one or more does not go then the others will bring bag some porridge.

This morning just after they left I found I was aching and could not physically get up, my back was in spasm I could not lift myself up, maybe from sleeping with fleeces and other clothing for a pillow, maybe something else like age. I had to wait for them to come back to be helped up and on my feet. Not a great start to this day but it was sunny outside which deserved to be used wisely.

Later Simon and I headed out together, I carried light gear, no scope and took it easy. The plan was to split, I was heading for the marshes and then hills and Si going into the hills at the corral but we stayed together. We passed pools now packed with mosquito larvae and looking like a thick soup indicating an uncomfortable time ahead. We then waded across the stream and close by we saw an SBS, it flew a short distance before towering into the sky…a peregrine falcon appeared…our hearts pounded…the peregrine flew off…the SBS re-appeared and displayed over the territory and dropped into the grass. We followed it on and off as it disappeared in the cover. 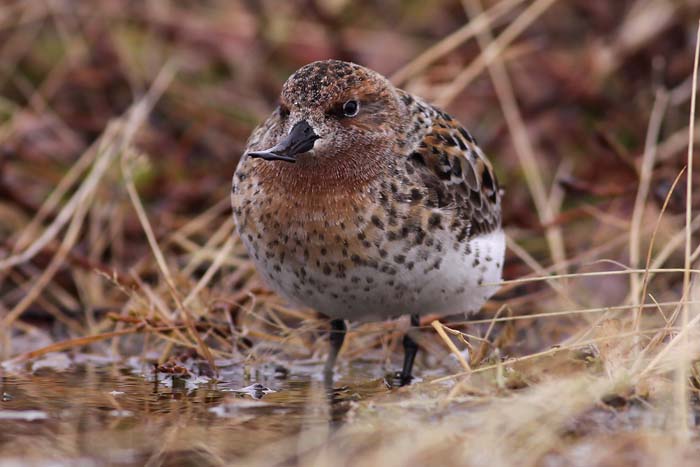 When you are on level or dead (when ground falls away from you) ground a bird that is a few inches tall can hide in vegetation that is higher than it very effectively. Fortunately the species uses small mounds and tussocks as a lookout so can be relocated from time to time. The way the bird lifted indicated that it may be from a nest so we backed off using a squirrel mound for the scant height it offers. The bird flew a short distance and landed, it spent the next ten minutes wandering back to the area it came from calling occasionally. Another bird called at one point. I crawled flat to the ground to get to another mound as I suspected the nest to be in that area. Simon stayed on the mound with a scope and followed it. It appeared and zig-zagged through the grass, reached a point where it fluffed up, twisted a little and sank down with its tail in the air…another nest located. This was great news.

Simon was calling out indicating to me that he had seen the same but I dare not move or speak in fear of disturbing the bird. He joined me, we both took pictures and backed off to sit down and enjoy the moment, a long-tailed duck rose from a nest showing down and some eggs, I covered them over to camouflage them from aerial predators. After a rest I decided to explore the marshes to the east and Simon changed his plans doing the same. As I picked my way along my chosen route my pessimistic side reminded me of the predation risks, the weather and the fact it could be a long road to seeing any chicks hatched. I discovered a red-necked phalaropes nest. 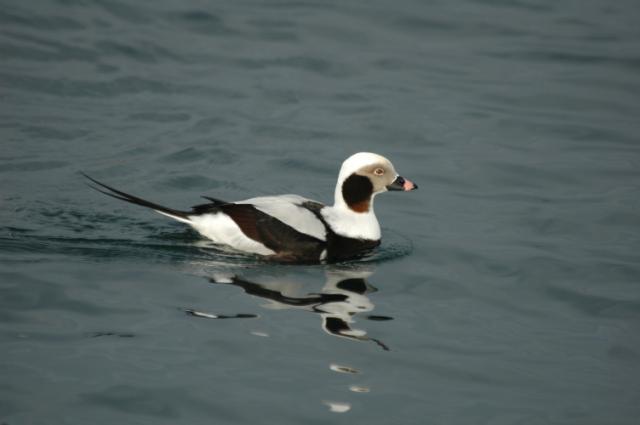 We searched as far as we could and returned to base. Simon had already seen Pavel and Nikolay whilst I was at the foot of the hill and told them the news. Later Nikolay returned on the quad, he shook hands on the nest discovery, a humbling honour for us. Only about seventy more nests to get anywhere near the level of experience he has under his belt. I have to say he is a very professional and likeable man I have the upmost respect for him, Pavel and Egor for their abilities as fieldworkers. 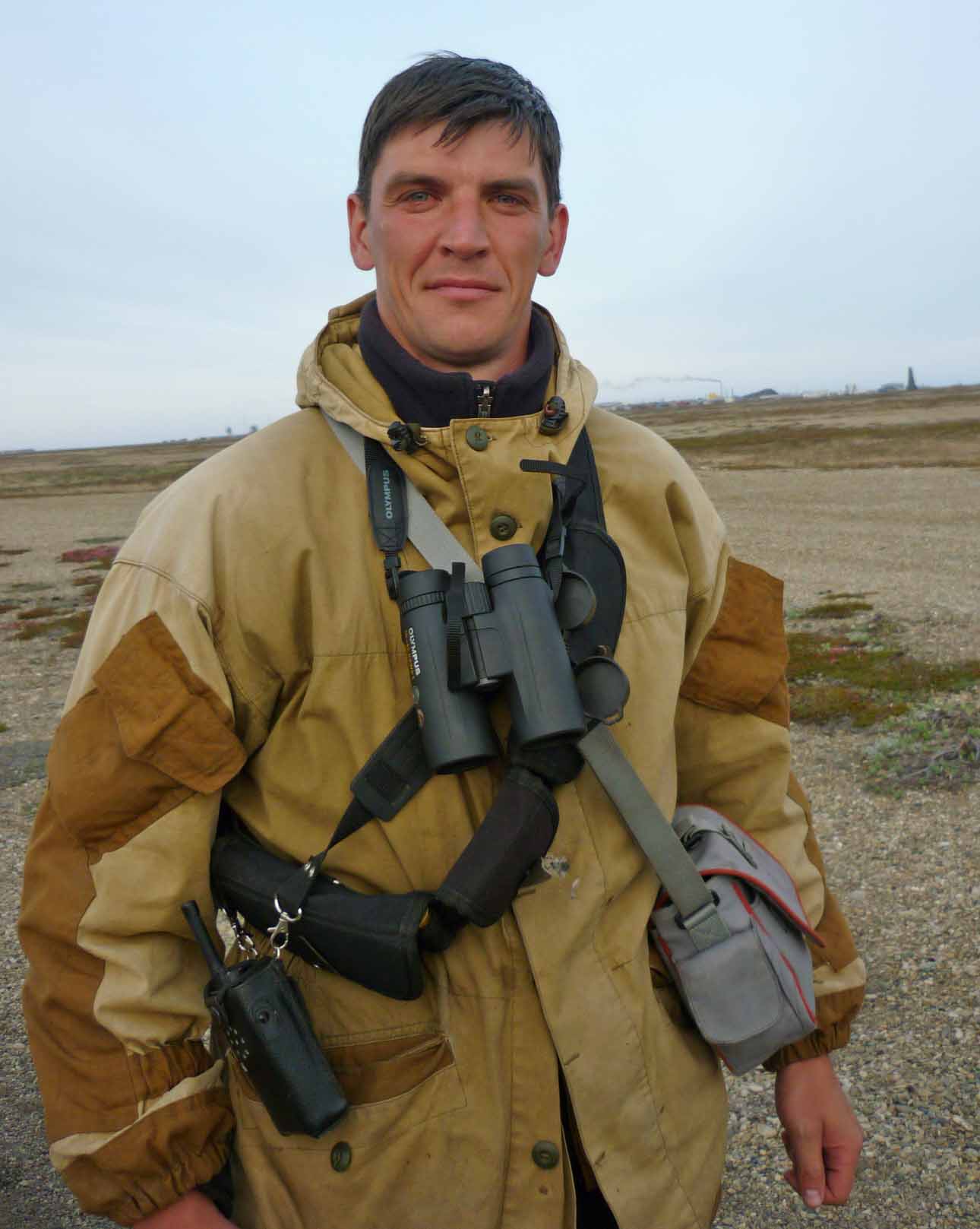 Nikolay also gave us a lift on the quad by back to the settlement saving a mile or two on foot which made him even more popular today! At the doorway of our house Nige and Jochen were outside, it was difficult to contain our news without a smile, we were soon ‘spilling the beans’. Nige was very happy – it was a great welcome home.

We made the decision that, as we already had one clutch in the incubator, we would leave this nest and the one discovered in the corral alone for a while to give the freshly laid eggs the chance to incubate naturally in the nest to give them the best chance of hatching. We can’t keep going back to the nests because our regular presence would alert nearby predators to the existence of nests. All we could do now is observe the areas for predator activity and then reassess the situation on a day to day basis. It will be a delicate balancing act.

The day ended well into the night, it was the longest day, we saw the sun rise early in the morning after the brief night, we also saw it set again and rise on the 22nd. We made the most of this solstice. Today was another step taken but we still have a marathon to run. 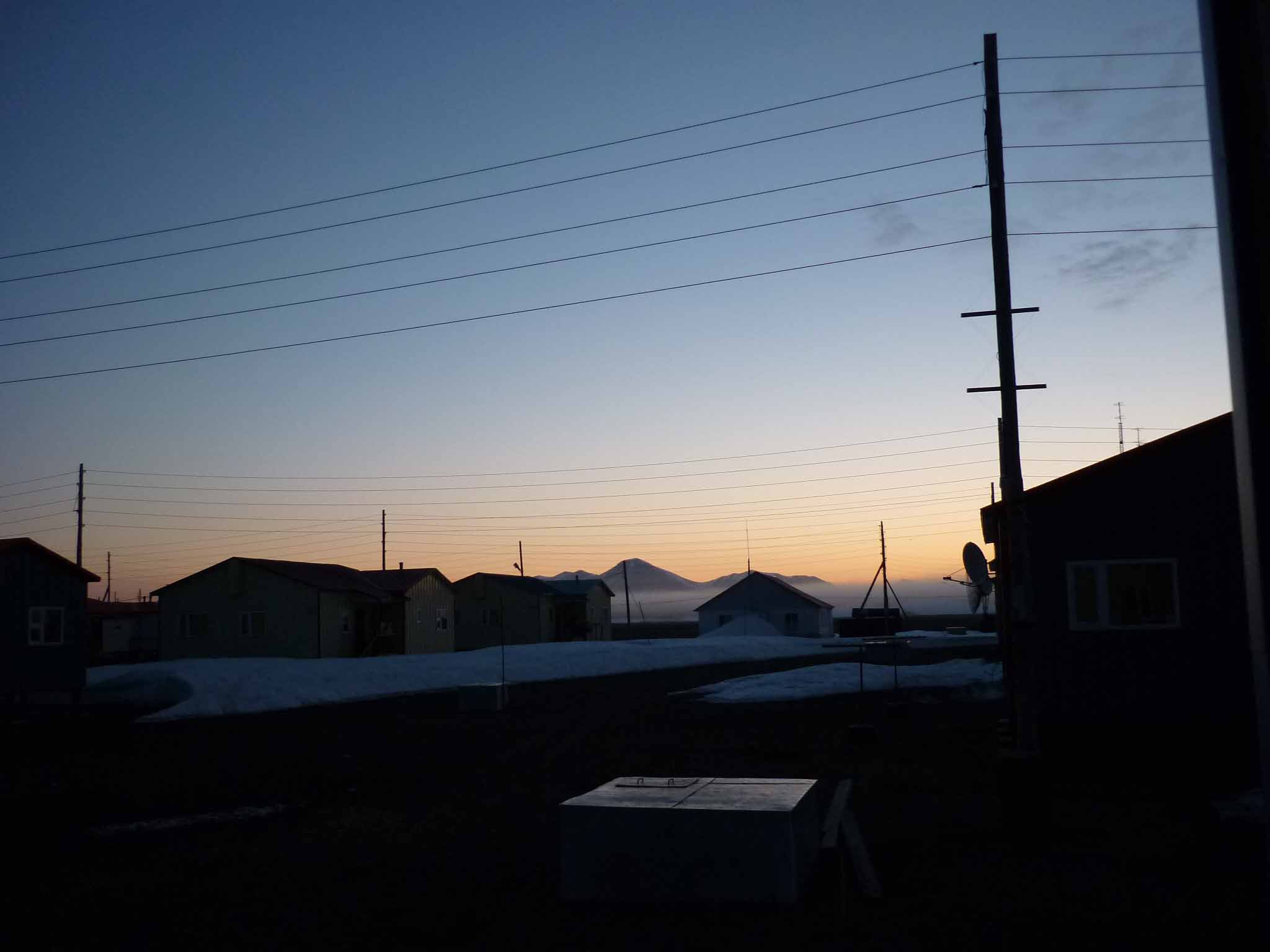 Night time, as dark as it gets in Chukotsk