18 May 2011
Flight cancelled for today so no equipment to sort, I headed out with Simon to count birds locally and explore. The snow in the air and bright light made it extremely difficult to watch birds, we needed to keep sunglasses on and found it hard to see them clearly.

I had stomach cramps as we walked and soon found that I had a case of an upset tummy (very difficult to hide when the vegetation is knee height and the road is 8 feet higher than the surrounding area), no choice but to go, not once but a few times leaving me drained.

A couple of redpolls flew over, probably Arctic, never stop birding whatever else is going on. We carried on to the river where a flow of melt water was attracting ducks, we watched bewick’s swans arrive in off the sea. Small groups of sandhill crane were noted overhead and thick-billed bean and white-fronted geese fed among the many pintail and wigeon. A pair of rough-legged buzzards kept a close eye on us. We inspected some nearby pools where a long-billed dowitcher fed, a pair of long-tailed duck and a pair of green winged teal joined the pintail.

tundra (bewick’s ) swan Cygnus bewickii/columbianus
Two birds arrived on to the flooded river pool, three more arrived and one was on the nearby pools. One or two showed a lot of black on the bill suggesting intergrades, what we would class as Whistling x Bewick’s Swans. 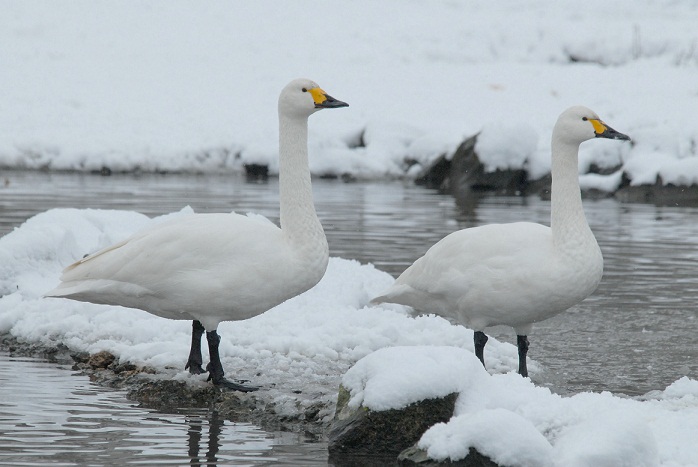 green winged teal Anas americana
A pair were watched close by on a pool.
pintail Anas acuta
Lots arriving and dropping out of the sky onto any pool that was ice free. They are fairly tame.
long-tailed duck Clangula hyemalis
A pair were on the pools on the far west side of the river, male still in non-breeding but the finest plumage.
snow bunting Plectrophenax nivalis
Two three singing males were utilising the buildings around the storage container.

Simon and I found a shop and bought drinks and a salty snack, I was rather dehydrated. We walked back through town and had our hands shaken by a taxi driver, one chap was very helpful in getting us to a bus stop and a 12 rouble fee got us back to the airport. I had to be back to catch the bus into town with Liza and Nige to look at the rooms where we hoped to rear birds.  A lady on the bus was listening to us and began speaking perfect English, she left here details as she would make a great contact for future operations as an interpreter.

We arrived and were welcomed into the home of Michail and his wife, they sat us down, laid the table and produced a variety of local and other Russian food. The Salmon eggs on buttered bread were not my favourite so Nige ate up my helping. Minutes later the vodka came out and we were being toasted, in fact we drank to many toasts and three bottles of vodka later had run out of toasts. Very hospitable of them and impossible to refuse, it must be drunk in one go, no sipping!

We ventured out in the cold evening to look for supplies in the storage facilities to take back with us, flares, pepper spray to ward off bears, rubber boots and more. Male snow buntings were singing from the rooftops and bizarrely I spotted an old Mig Fighter jet down the road among the buildings. I will investigate that when we go back to the area. We said our goodbyes with hearty vodka helped hugs and caught the bus back to the airport hotel. 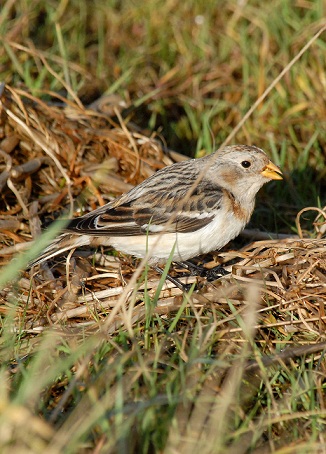