I have been wondering how the team are doing across the water, we will find out later. It has been a foggy but still day. I joined Nikolay on the quad bike and we were out from 1000-1720hrs.

We headed 15kms away to check a site that was still holding a territorial SBS last year. Parties of eiders moved away from the shore as rode along.

Crossing rivers was a bit of trial and error, the river and stream levels have dropped as the lake has drained away. It is now only just possible to get through. Getting a quad across involves finding a gravel bar in shallow water with a good entry and exit point. The edges are always deeper so care must be taken. We then walk the bike across using the throttle, if it bogs down two of us can lift and push whilst pulling forward. We got to the first of two main areas and searched, it was so still, perfect for hearing calls. The only wader heard was dunlin, white-billed divers called to each other. 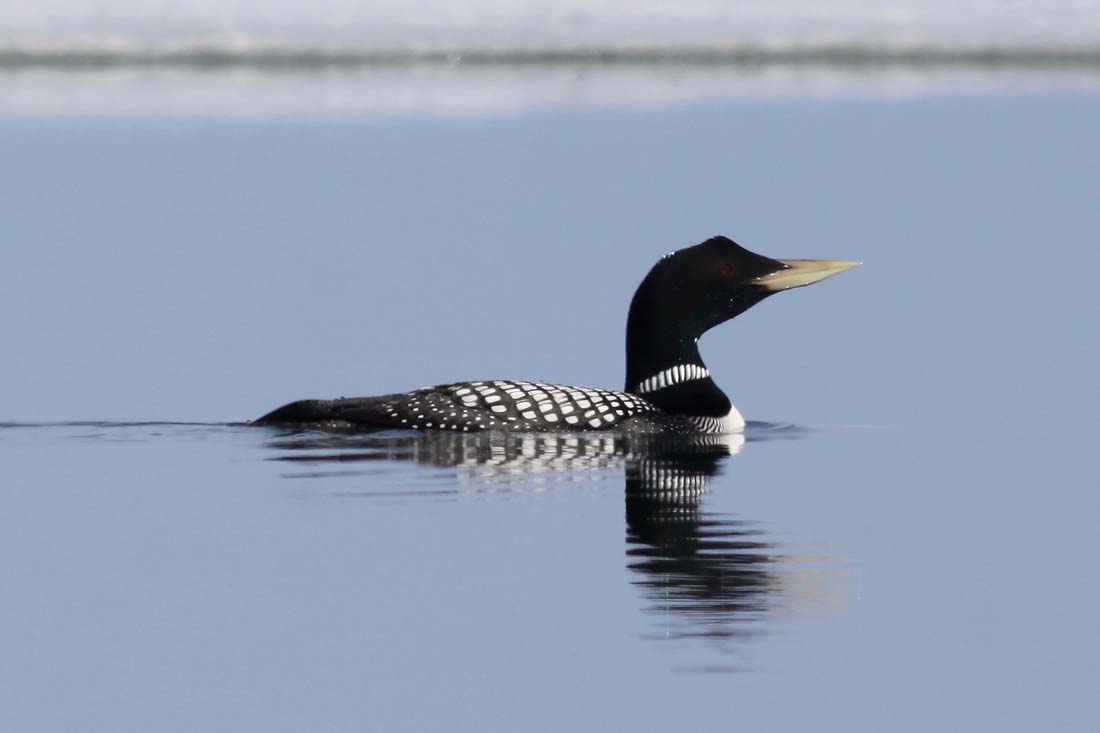 We got to the second site and split up to explore, when I met back up with Nikolay he had located a pair of SBS. We spent the next few hours checking this and a nearby lake and surrounds out but did not meet with our target. Still it was a positive outcome another pair but apparently not nesting as yet or very early into laying.