30 May 2011
Uncomfortable night as no pillow, my blow up one has punctured. After breakfast at Sveta’s house (local lady of the settlement who cooks breakfast and evening meals for us) we headed back to the house to continue house clearance and cleaning, the ‘incubation’ room was cleaned completely, we are re-sorting the belongings of who lived here before and storing them in cupboards. The whole room was disinfected. At 1230 we stopped as the kettle had boiled (it takes forever) and took a break for coffee. A jar of coffee is £16.00 GBP here!!!

We were all tired after the last two weeks of uncertainty so an hour of sleep was taken to recharge, none of us have slept too well but we get enough to tick over.

We got up again to prepare another room, Andrey came around to see me about getting to the seashore later so we invited him in for a coffee with us and we asked many questions, he has live here from 1986-98 and spent every summer here since despite living in Anadyr, he travelled with us on the helicopter with his wife Elena and two children (boys). Inevitably we asked about Bears…..a standard nervous question from us three Englishmen. He gave us a demonstration of how to be bigger and more frightening which was in itself terrifying to see, he is a well built Russian. He told us not to run as they will come after you.

We spent the afternoon cleaning the main central room in the house from top to bottom. At 1630 Andrey arrived with Elena on quad bikes and Simon and I joined them for a training session on the quads and to drive out to a point where it is possible to cross the river to the sea. We followed carefully across the snow bridges and ice which was very thick to an island, another snow bridge got us to the shingle ridge and sea. They were studying fish and set about their work Simon and I dug in to watch the migration unfold, and what a migration. Nige stayed and discussed filming arrangements with Gerrit and to begin setting up in the incubation room. I felt sorry for him not being with us tonight, always focussed on his incubators, I do not envy him setting up, I will benefit once it is. It is much easier to get familiar with balanced and ready to use equipment.

I intended to keep a log of every bird and count them but I gave up, I was blown away by sheer numbers, stunning views and was in awe. I did not want to spend my time looking at a note book writing when it was so active over the sea. In the light drizzle, thousands of birds streamed East, perhaps 8,000 birds seen in total, hundreds of Pomarine Skuas in squadrons sometimes up to 70 in a flock, Long-tailed and Arctic Skuas, Greater Scaup, Red-breasted Mergansers, the resplendent Pacific Eiders (the legs of the male are so bright), Harlequin Ducks with many sitting on the beach and sea, Teal, Long-tailed Ducks, Black and White winged Scoters, a few Red-throated and Pacific Divers, Slavonian and Red-necked Grebes, Glaucous and Vega Gulls  were all heading East. The hundreds of Black Brants headed West as they have crossed from North America and are heading deep in Russia to breed. 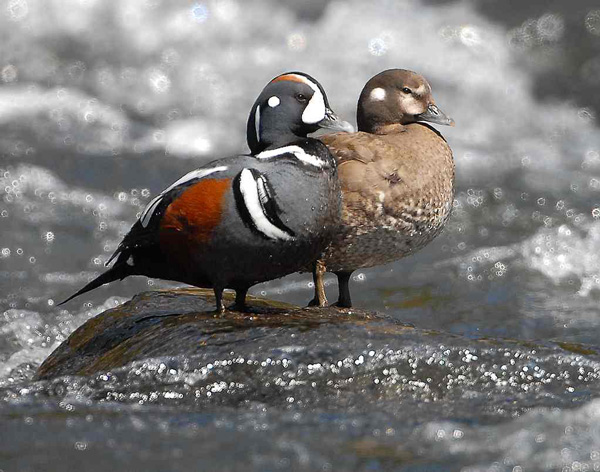 Other notables were Pelagic Cormorants, a lifer for me, Brunnich’s Guillemots were dotted all over the sea and a thousand seaduck were scattered on the surface of the ocean. We noted 2 Great Knot, 2 Bar-tailed Godwit, 1 Dunlin and 6 Red-necked Stint. The latter birds were of interest as it meant Spoon-billed Sandpiper may not be far behind.

As if this was not enough Grey Whales were scraping the seabed of the beach feeding and some were actually breaching, leaping out of the water! This behaviour is rare according to the books we have. No video camera and no warning, they just appear and crash back in again, all just 30-50 ft away from the shoreline. Simon shouted to me and I was on to ‘the white whale’, a Beluga was cruising 10 feet from the shore, all too much for a naturalist. Andrey invited us to join them around a fire to warm ourselves. I must say we had not noticed the cold. As we turned away from the beach Simon asked ‘what are those duck’…a flock of 60 Steller’s Eiders plowed east. 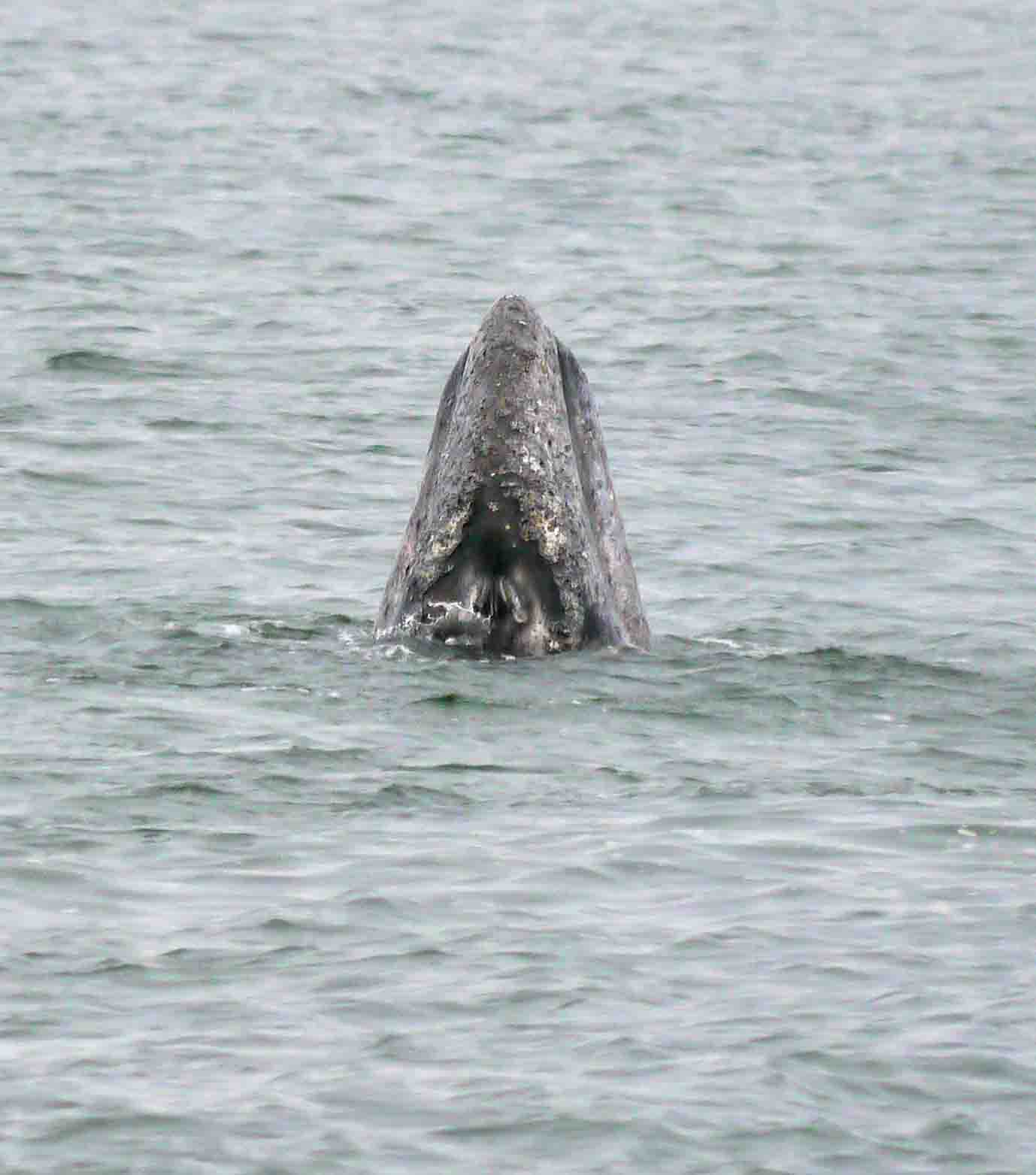 Andrey pointed out where the stream has cut through the shingle and where ice was cracking, it may break through and become a river in days to come, this means we may have only two more days of being able to use river ice as a bridge and for two weeks we will be cut off from the sea until boats are in use. We crossed back and got dropped at Sveta’s where we still managed to get a meal. It was a good evening and Nige was excited to hear our excited tales. We saw a Dusky Thrush outside the house. A greyer day weather wise but this did not spoil the excellent wildlife.