The day after we arrived, we turned up at the apartment bright and early, although somewhat jet lagged and opened up Mikhail’s storage container to see where all of the components of the self assembly storage pens were. As we started to take out all of the different piles of metal poles, sheets and rolls of netting, I began to feel very confused. Nigel however, although in a very tired state seemed to know what everything was and where it should go, either that or he wasn’t letting on to me that he didn’t.

We loaded everything up into Mikhail’s trailer and headed off to the rearing site. This was an old disused and dilapidated part of a military base, which in former years must have been impressive, however, now things didn’t nearly look as great as they did back then! 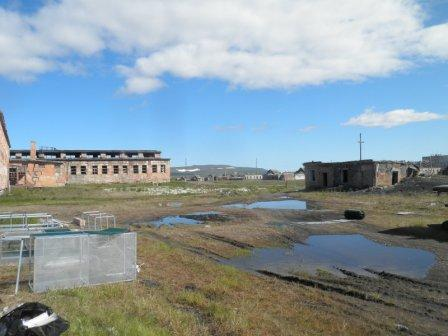 The early stages of building the cages (c) Roland Digby

Nigel suggested that we build one entire cage, just to see how things worked and this we did, although in Nigels state of exhaustion and my jet lag (I’d only slept for about five hours out of the previous seventy two). Things moved rather slowly and with a few mishaps, it took us most of the day to finish the first cage.

Liz and Martin stayed inside to weigh all the chicks and clean their brooders.  All the mats from the brooders are soaked in a bathtub of veterinary disinfectant, then rinsed and dried.  The chicks are given food pellets soaked in water, and live mosquitos that we have been catching in nets. 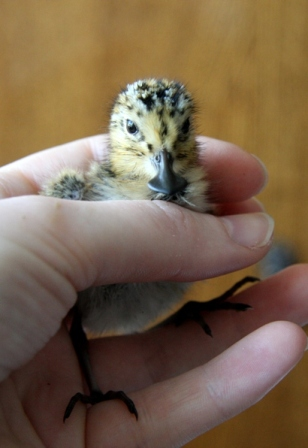 Chick about to be weighed (c) Liz Brown