We got a rest, later today it would be very stressful. Another move with eggs and chicks from boat to mainland.

We had a good breakfast and managed a few good hours sleep, Nige slept with the birds. We waited for the signal to move. All the passengers were ashore, the problems with customs sorted…we had a time window to get it done, the ship had be away by midday otherwise it would incur a fine. We were against the clock. We then began loading the Zodiacs getting the non-live essentials ashore.

Had to move the ship closer to shore as the tide and waves too severe to try to zodiac us ashore, the final load was nige and myself with Rodney and Maria crewing. We climbed in and were all lowered by a crane, it was at the limit of weight capacity, ironic really as Nige and I are the lightest we have been since being teenagers. Everyone in..released the cable as Rodney throttled up so we rode the tide rip. We were on the surface, bumping and moving. We had a bouncy but expertly guided ride in with Rodney skippering well and reading the waves and tide. We had to land on the wrong side of the shore on  a beach with all the equipment, we got the portable incubators stabilised using the car battery to keep the temperatures steady. We find the ferry has gone and is not running due to the local holiday (fishermen’s day). The celebratory weekend means few people are on hand to carry out normal duties as vodka had been enjoyed .  Evgeny negotiated a passage with a police patrol/rescue boat. Nige, Liza and myself board with the eggs and chicks and get taken across with essential equipment. We had to make a decision on what we needed immediately and sort through the huge pile of things on the beach, not easy with the lack of sleep and not wanting to take your eye off the eggs and chicks for a second.

We unloaded on the airport side and waited for Micha to arrive to take us to the flat. He turned up and took Nige, the eggs and chicks to bottom of the apartment steps. Nige was left alone with a pile of equipment. A sweaty flight of eighty steps had to be negotiated to get there and although two brooders were set up we had to start from scratch to create, yet another, incubation and rearing room.

I was still on the beach with the rest of the equipment as there was no room for me in the 4wd. When Micha turned up we loaded and began back, the 4wd was bogged down on the beach, it took twenty minutes to get out. We arrived, carried equipment up the stairs to meet Nige, he was soaked in sweat from the heavy work. We set to work getting the units together and making our charges comfortable, fed and well.

We had a long afternoon and evening tweaking the system, getting the birds settled and then could think about trying to find somewhere to buy some food for ourselves.

We spent the night cramped in with the birds, very little sleep, had to get up to see to them a lot and they are very noisy and demanding. Nige took the brunt of the checks. It was a day of getting used to the latest setup and conditions, no hot water, only a little pot to warm up water on a stove, lots of mats to clean, would be lovely to wash ourselves. 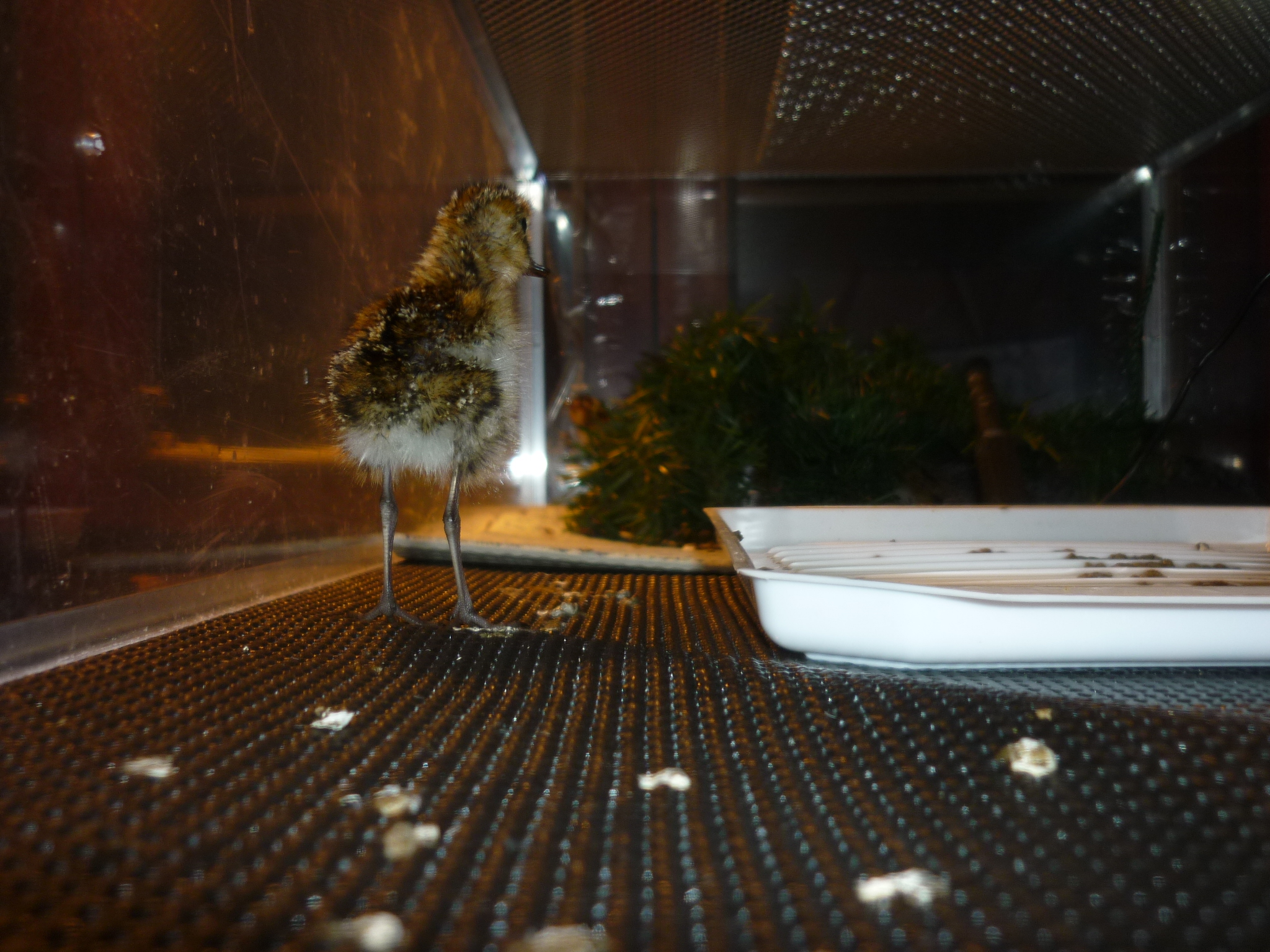 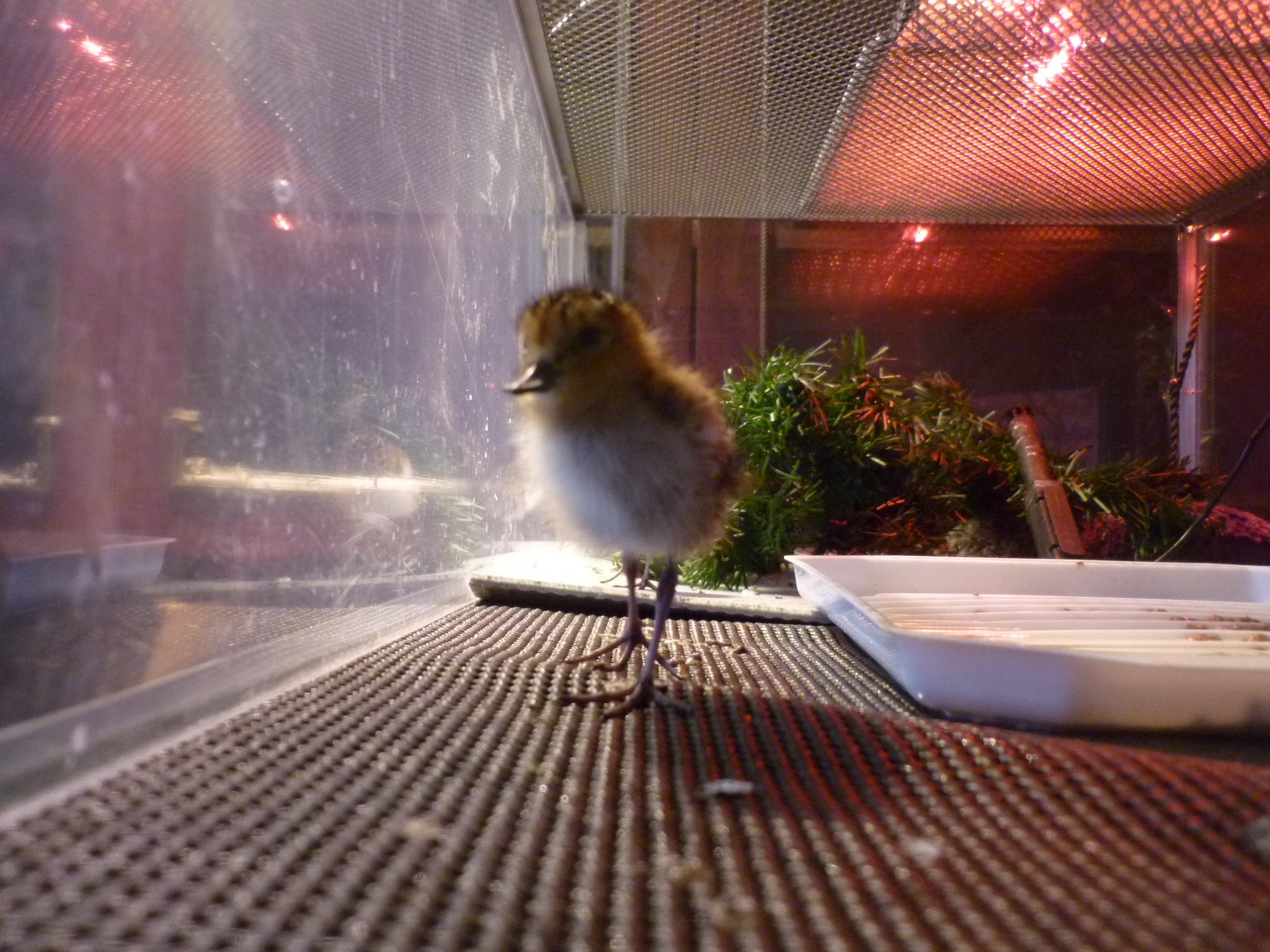