Margel moved outside permanently today. We decided to introduce Margel to his/her new friends on a neutral territory.  Margel is so much smaller than the other chicks that we were worried about aggression and bullying.

However when we introduced the two other chicks (both from separate broods), Margel was the one who tried to show them who was boss!  Margel started to chase the other two and peck at them (very mildly), and behaved much like a small child that did not want to share toys!

Later during the day after close observation, we noticed the other two starting to give chase back.  It never escalated to serious aggression, but it took Margel most of the next day to begin to realise that he/she is actually a bird!

By the time it began to get cooler during the evening, Margel had figured out that to stay warm he/she was going to have to snuggle up with the other two chicks.  It was such a relief to see Margel and the others snuggling together, there might not have been much sleep otherwise! 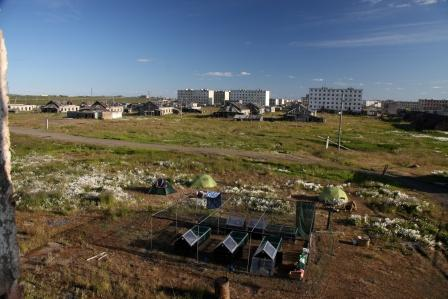