We take advantage of a break in the weather

Finally, we had had a day when it hasn’t rained all day and we’ve been able to weigh the birds and give them a general health check

Although we had originally planned to move them into two groups forty-eight hours before the move to Moscow zoo, given the state of the weather here we have decided to move them a day early to minimise stress. All went well and all the birds settled into their respective  groups, without any aggression and all feeding, preening and bathing happily.

The birds are due to be flown to Moscow on 18 August where they will begin their quarantine period at Moscow Zoo. The main runway at Anadyr is being re-laid so only small planes are able to take off. The airline have kindly allowed us to take the birds in the passenger part of the aircraft. 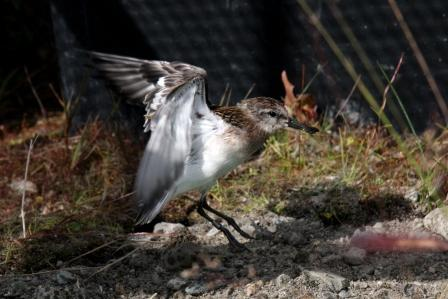