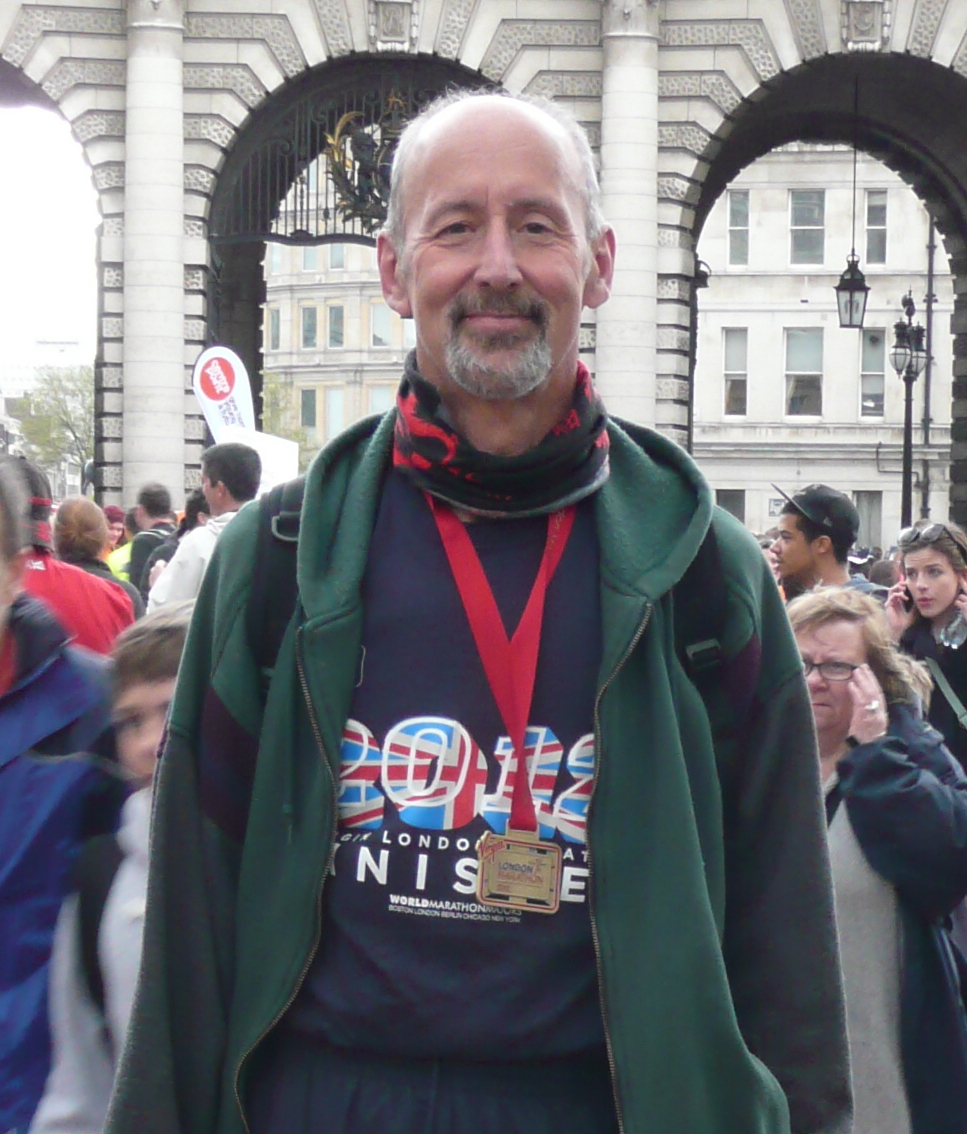 Huge congratulations to Nigel Hewston, who ran the London Marathon in aid of the spoon-billed sandpiper. You can still support Nigel at www.justgiving.com/sandpiper

Now that he’s caught his breath, he’s posted a report of his race.

I won – hope you’ll be cheering for me at the Olympics!

Not quite, but it would have been impolite not to let the Kenyans win when they’d come such a long way to take part.  I finished in 4:19:35 – just slightly behind winner Wilson Kipsang at 2:04:44, and slightly slower than I’d hoped, but in the end I was pleased to sneak home under 4:20.  Apologies to those who I know spent large chunks of Sunday looking for me on TV; I did wave at every camera I passed, but apparently to no avail.

Huge thanks once again to everyone who has donated or pledged; not only for your financial support for the sandpiper, which will make a real difference, but also for the encouraging messages which gave me a boost in the days before the race.  If you “forgot” to donate, it’s not too late, you can still visit www.justgiving.com/sandpiper, text NIGE57£5 or NIGE57£10 to 70070, or send a cheque (payable to WWT) to Sandpiper Marathon, Fundraising Department, WWT, Slimbridge, Glos, GL2 7BT.  Over £1800 has been donated so far, with at least another £500 pledged.  I’ll continue to update the justgiving page as I collect this and new donations, so check there over the next weeks and months if you’d like to see how the total is growing.

The event was quite an experience.  The crowd was terrific: there was very little of the route that was not lined with spectators, who were very happy to cheer for anyone whose name they could spot on a vest, and lots of kind people were handing out fruit and sweets to any runner needing an energy boost.  The live music was also great; jazz, morris and pipe bands among others, and I particularly enjoyed the samba, taiko and ska, all in addition to the sound systems outside pubs.

Pubs were also useful in another way.  I was advised to avoid queues for the on-course portaloos by running into a pub, which was great advice, though it was unfortunate that I chose a pub with upstairs facilities!  Fancy dress can make it difficult to use any sort of facility; I hadn’t expected to run round a corner in London to be rewarded with the sight of a rhino relieving itself against a fence.

It wasn’t all laughs, there was pain too, especially in the last ten miles, but I seem to have escaped injury (apart from sunburn), and overall I found the whole experience, the fundraising and the running, a really positive one.  Would I do it again?  I’m not sure yet, but I’ll be entering the ballot for next year’s race on Monday – if my legs have stopped hurting by then!