by Saving the spoon-billed sandpiper
3 Comments

An Anglo-Russian team has successfully trialled conservation methods that will pave the way for Critically Endangered spoon-billed sandpipers to be reared and released into the wild.

For the trials an international field team of ornithologists took eggs from the wild. Twenty eggs were flown back to the UK to boost the conservation breeding programme. Nine more were successfully hatched and reared in the nearest tundra village, Meinypil’gyno, before being released as fledglings to make their 8,000km migration to Burma. 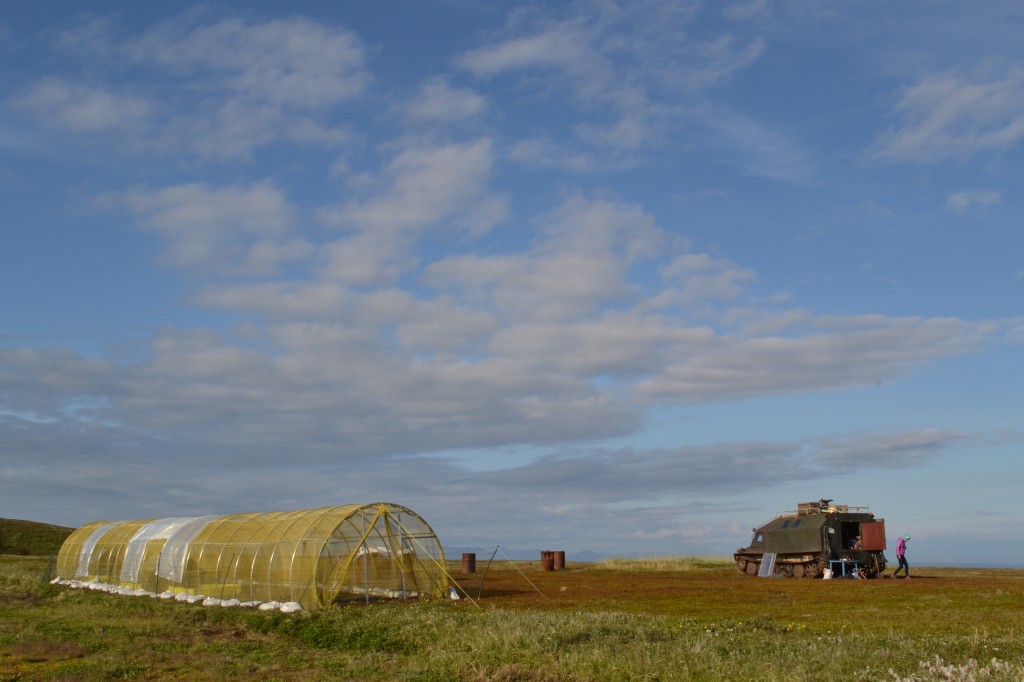 \
During the trial the team perfected the methods needed to rear the birds in captivity on the remote Russian tundra. The success of the trials has been in seeing the birds set off on migration, paving the way for eggs laid in the UK in the future, as part of the conservation breeding programme, to be flown to Russia, hatched and released into the wild.

WWT aviculturist Roland Digby worked with Juriy Bragin of Moscow Zoo and Liza Tambovtseva of Birds Russia to oversee the project and perfect the techniques. Speaking on his return to the UK he said:

“We worked round the clock to keep the chicks alive and healthy. It was wonderful to release them and watch them as they found their way in the wild, but it was definitely tinged with anxiety, knowing the terrible threats they face.

“I just have to remind myself that we’d given those particular birds a far safer start in life and that as a result we’ve learned so much that is going to be critical to the future of their species.” 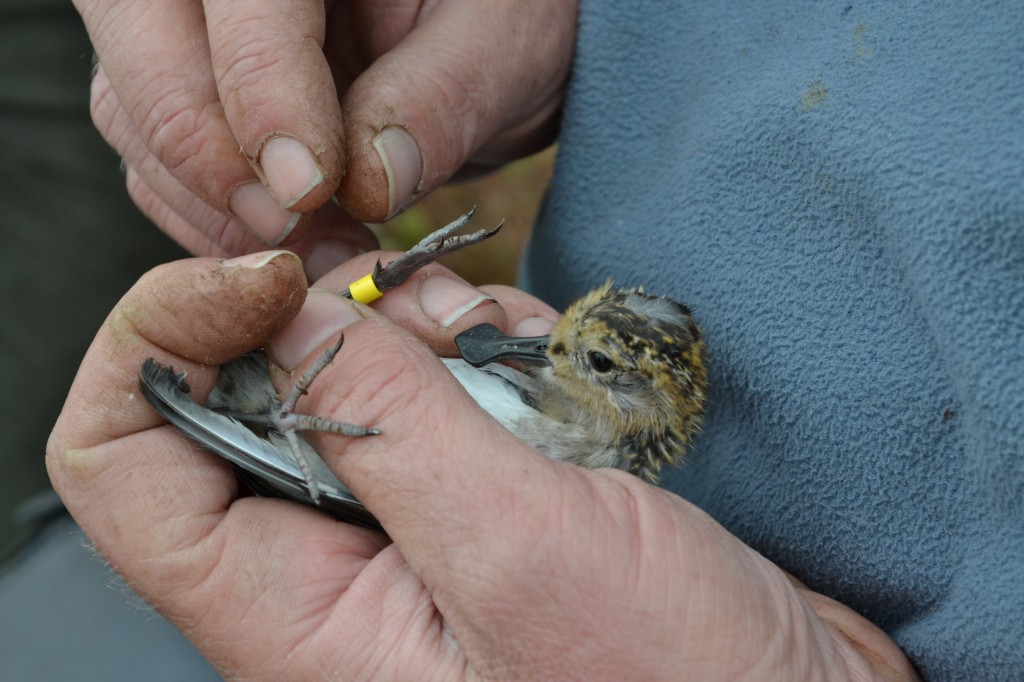 There are thought to be fewer than 100 breeding pairs of spoon-billed sandpipers left in the world and, in recent years, they have been declining by more than one in four each year.

The rear and release methods, coined ‘headstarting’ within the conservation world, effectively protect the young birds from predators and sudden bad weather. In the wild, out of every 20 eggs laid, just three birds survive long enough to migrate away from the breeding grounds. This summer the headstarting trial reared and released nine spoon-billed sandpipers from 11 eggs.

“Predation by skuas, foxes, dogs and even bears has a massive effect on the birds, but it is small beans compared with the effect of land reclamation along the coast of the Yellow Sea, which has wrecked the main place they stop to feed on their long migration.

“The other major threat they face is in Myanmar and Bangladesh but, thankfully, initial reports indicate that measures to discourage hunters there from targeting shorebirds like spoon-billed sandpipers seem to be working.”

“As headstarting boosts the number of birds migrating south to Myanmar over the next few years, just as those conservation measures start to take effect, it is hoped it will speed up the birds’ recovery. £150,000 is still needed to run the project again next year. Donations can be made online.” 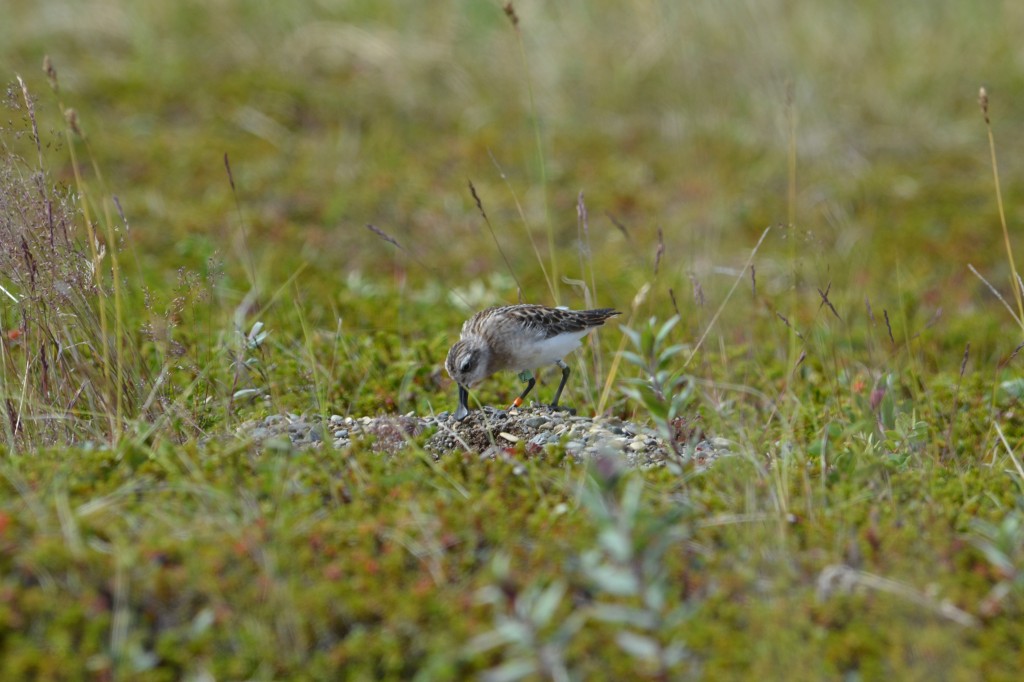 The loss of habitat in the Yellow Sea is a much more challenging problem. As the economies around its coastline develop rapidly, great tracts of mudflats have been encircled by seawalls and converted for industry, agriculture and recreation. Last month WWT, RSPB and others fighting for the survival of the spoon-billed sandpiper were at the IUCN World Conservation Congress in Jeju, Korea to lobby for better use of habitats along the Yellow Sea coast. As a result the IUCN adopted two new motions, which it is hoped will set the international conservation agenda. 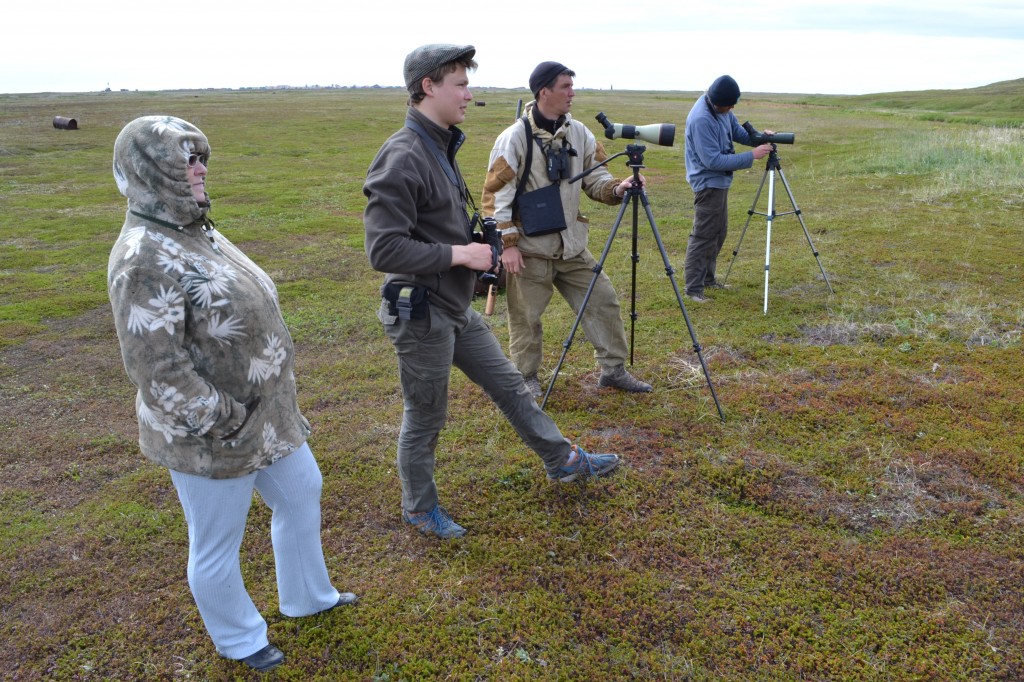 About Saving the spoon-billed sandpiper: