The first hand-reared spoon-billed sandpiper has returned to breed in Chukotka, Russia, where it was hatched two years ago.

The spoon-billed sandpiper is unique in the animal kingdom for being born with a spoon-shaped beak. Numbers have declined by a quarter year on year and it is likely that fewer than 100 pairs remain in the wild.

WWT aviculturist Roland Digby has reared 24 spoon-billed sandpipers over the last two summers on their breeding grounds in north eastern Russia, giving them a head start to ensure they survived their crucial first days of life.

Once released, the birds migrated 5,000 miles to south Asia, facing exhaustion, starvation and illegal hunting along the way. There has been a two year wait to see if any will survive to return to breed.

Now one of the group has been seen back at its birthplace by researchers from Birds Russia, Pavel Tomkovich and Egor Loktionov. They reported that the bird is looking heavy, indicating that she is a female carrying eggs and ready to breed for the first time.

After two years she could become the first hand-reared spoon-billed sandpiper to produce offspring in the wild and add to the species’ fragile population. 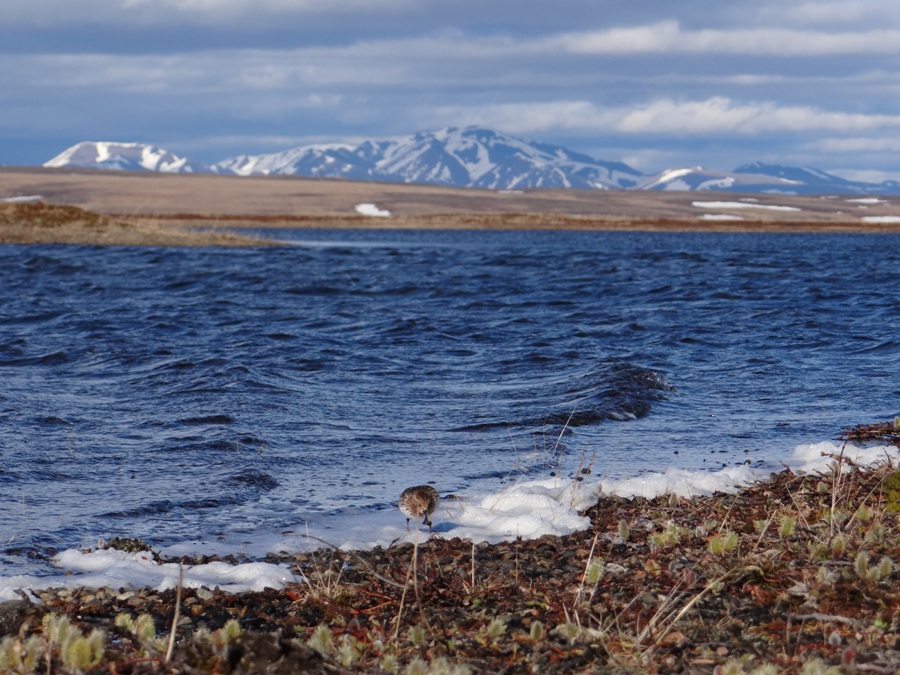 “The incredible spoon-billed sandpiper is no bigger than a sparrow, yet it flies almost half way round the world before it’s even old enough to breed. Sadly, very few make it. There are probably fewer than 100 breeding pairs left in the wild, so every bird that reaches maturity represents new hope for the species”.

The hand-rearing is an attempt to stabilise the species’ population before it becomes extinct. Rearing and releasing birds on the breeding grounds increases the number of young birds in the wild in autumn by about 25%. Meanwhile conservationists are tackling the illegal hunting and habitat loss that is behind the decline. 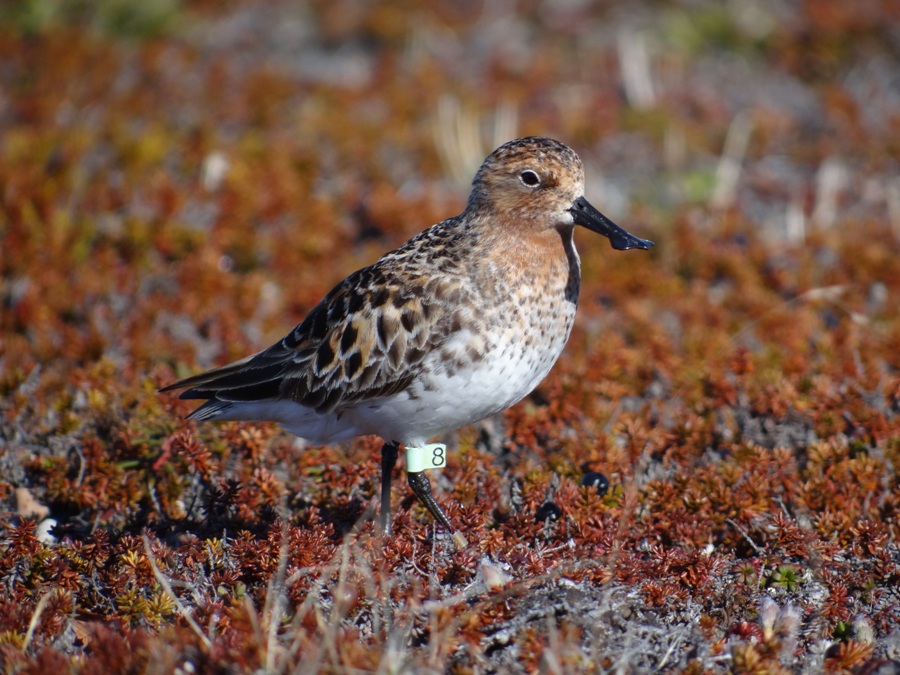 “Two years ago I attached a tiny plastic leg flag to this bird, so that we’d recognise it if it was ever seen again. The odds were severely stacked against that happening, but amazingly she was spotted, first by birdwatchers in Taiwan in April and then we see her here at her birthplace ready to have young of her own.”

The bird hatched on 14 July 2012 from an egg of a clutch collected for artificial incubation on 22 June. After fledging it was released on 10 August and was last seen on the Russian breeding grounds on 17 August 2012. The next sighting was on 7 April 2014 by Chung-Yu Chiang and Chin-Shi Hsu at Kinmen Island, Taiwan, on the edge of the tropics. She was subsequently seen by Pavel Tomkovich and Egor Loktionov near Meinypilgyno, on the edge of the Arctic Circle on 18 June. 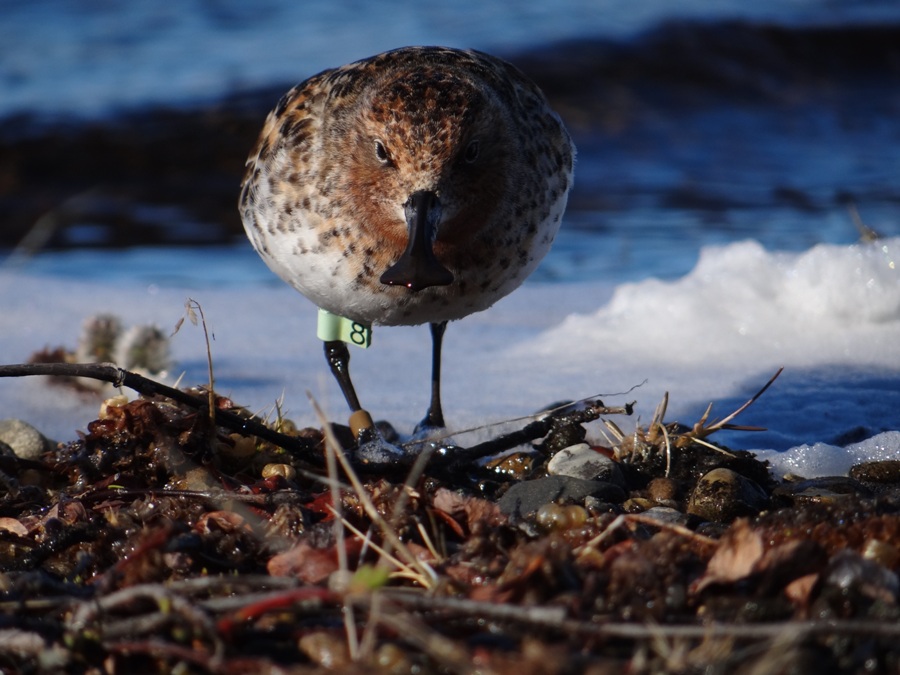 “It’s great to see parts of the plan to protect this precious species coming together, but it’s a long road and there is still a lot more to do in terms of tackling the problems on the flyway. This is a huge international effort involving many different partners and with everyone doing their bit.” 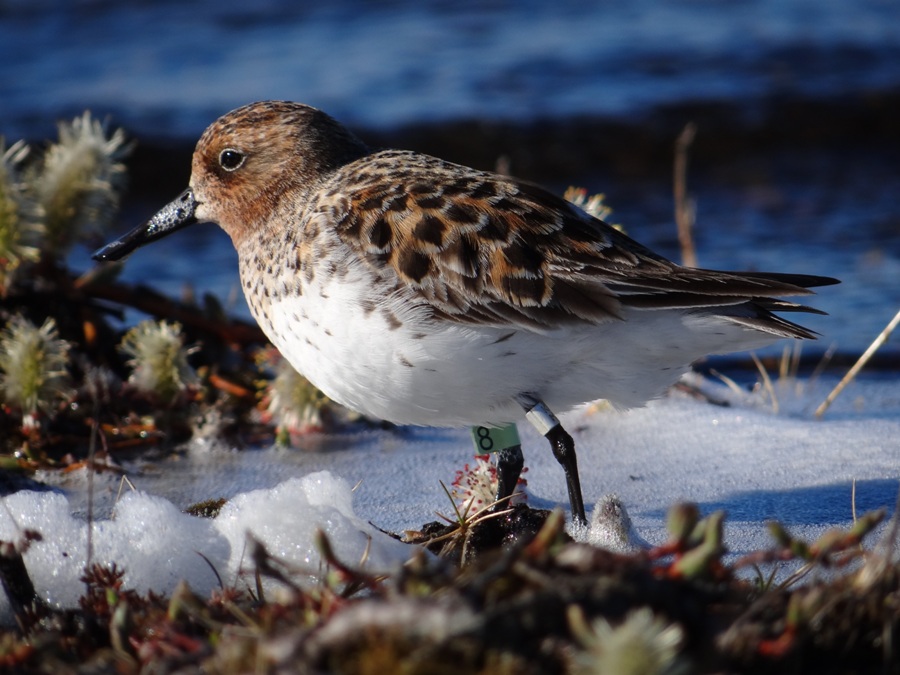 “This is the first proof that hand-rearing works and that these birds behave and migrate normally. We had predicted that it would work, based on studies on other migratory waders, but we couldn’t be sure that spoon-billed sandpipers would behave the same way. Over the next few years these individually marked birds will help us to understand how best to bring the species back from the brink of extinction.” 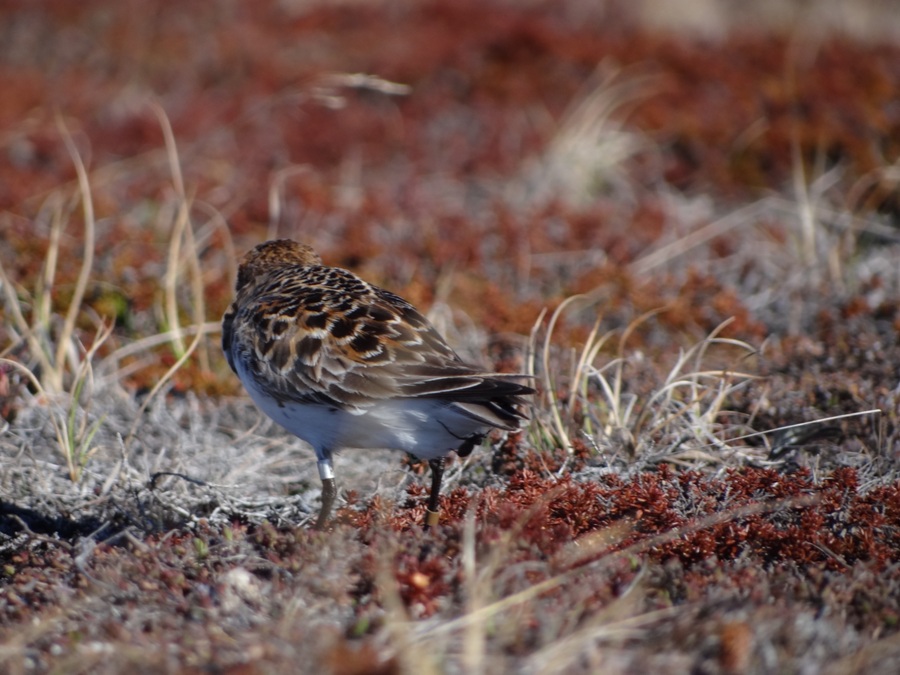