by Saving the spoon-billed sandpiper
8 Comments 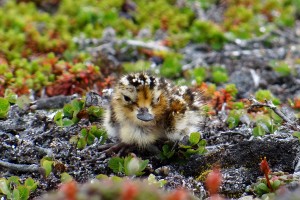 This little fellow is the first ever spoon-billed sandpiper chick to be hatched in the wild by a hand-reared bird.

Spoon-billed sandpipers are critically endangered and the news confirms to conservationists that the birds they hand-rear go on to breed naturally once released.

Two years ago, WWT aviculturist Roland Digby hatched this chick’s mother in northeast Russia and fed and protected her for her first three weeks, before releasing her to migrate 5,000 miles to southern Asia alongside wild wading birds.

The initiative is intended to boost the number of spoon-billed sandpipers while their habitat is protected and illegal trapping is stamped out.  Until now it wasn’t known whether the birds would return to breed themselves. 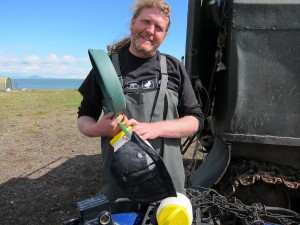 “I guess I’m a granddad of sorts now! I’m incredibly proud of this little bird, who has flown half-way round the world on just her instincts, managing to find the few safe refuges and dodge illegal trappers.

“Hand-rearing isn’t something we decided on lightly. No one could say for sure how the birds would behave, but the situation was so dire that we had to risk it to buy time for the species.

“Considering all that, the fact that she made it at all is cause for celebration. That she’s hatched a chick of her own represents real hope for the spoon-billed sandpiper.”

Fewer than 100 pairs of spoon-billed sandpiper are believed to be left in the wild, rearing just 60 young between them each year on average.

For the last three summers, conservationists have taken eggs from a few clutches and hand-reared the chicks in a protected enclosure. The natural parents are used to losing eggs to predators and lay a second clutch if they do. Using this method, conservationists have increased the number of fledglings from the Chukotka breeding ground year on year. This summer 24 hand-reared spoon-billed sandpipers set off on migration, boosting the number of fledglings by 40 per cent. 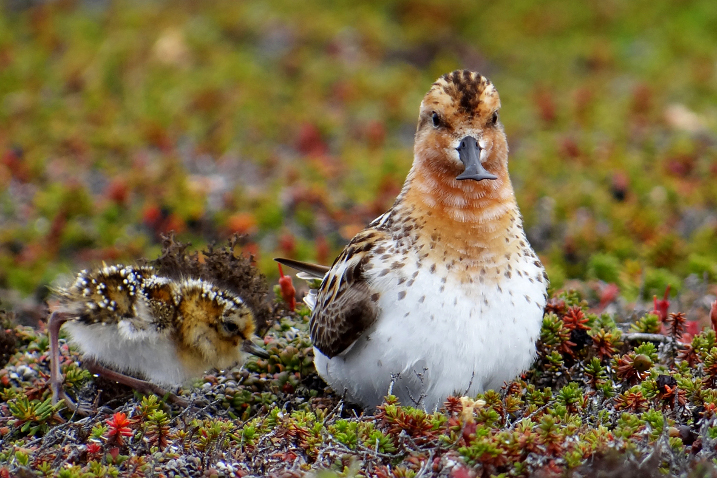 The news is hopeful but the species is still vulnerable to the threats of illegal trapping and the loss of wetland along the Asia Pacific coast. Conservation organisations around the world are working together to secure protection of wetland nature reserves and tackle the causes of the illegal trapping. In addition a reserve flock of spoon-billed sandpipers is being prepared for breeding in a special facility at WWT Slimbridge Wetland Centre in Gloucestershire, as a backup in case the species goes extinct in the wild.