A Stirring of Spoonies

Today is one of the most important days in the calendar of the 2015 Headstarting expedition and a very important one in the recovery of the Spoon-billed Sandpiper. Today is the day the WWT and Birds Russia team release the birds they have known from the newly-laid egg stage….  today is the day the team release bright-eyed, feather-perfect, just-fledged Spoon-billed sandpiper chicks. All chicks hatched, raised and released inside the month of July 2015!!

I can only imagine how very stirring it must be for the team to see so many young sandpipers with the knowledge its population numbers only a few hundred individuals. I certainly felt stirred when I phoned Roland yesterday evening between his regular forays for chick food – shrimps and mosquitoes netted from icy pools near Meinypil’gyno. Roland described how incredible it was for all team members when the first brood of four hatched on the 7th July,  followed by one chick every 90 minutes throughout the 8th!  Although this then meant exhausting round-the clock nursery duty for many team members, they were all delighted with the synchrony of hatching. The ‘synchrony of hatch’ meant the chicks would reach flying stages at around the same time which in turn meant a single large release of birds was a possibility. The team have always felt that by releasing the group as one flock, they would provide the youngsters with the best chance of joining flocks of other small waders just before the exodus south.

I hope to speak to Roland again before the weekend, to find out how the young birds have taken to the pools and wet areas, post-release. He told me, before our telephone call ended, that over the next few days, the team plan to observe the birds as closely as possible, without disturbing them. The team will respond to any of the birds’ needs if they can – for example they will move extra food to ‘here and there’ positions to keep the birds well-fed and safe in the days they take to acclimatise to the Chukotkan wilderness, ahead of their southward migration in a fortnight or so.

When my phone conversation with Roland ended I was left imagining, once again, how emotionally stirring this time must be for the team. We don’t have a collective noun for a flock of spoonies but I’m beginning to think a stirring may be appropriate –  “a stirring of spoonies”, perhaps?

If you want to find out more about our work tune into Spoonievision, a live online broadcast with Kate Humble on Wednesday 19th August! Spoonievision will bring you the latest news and behind the scenes information from our WWT Slimbridge spoonies’ enclosure and the latest information about headstarting in the wild from Roland. Make sure you don’t miss it by signing up to Spoonievision alerts at www.wwt.org.uk/Spoonievision 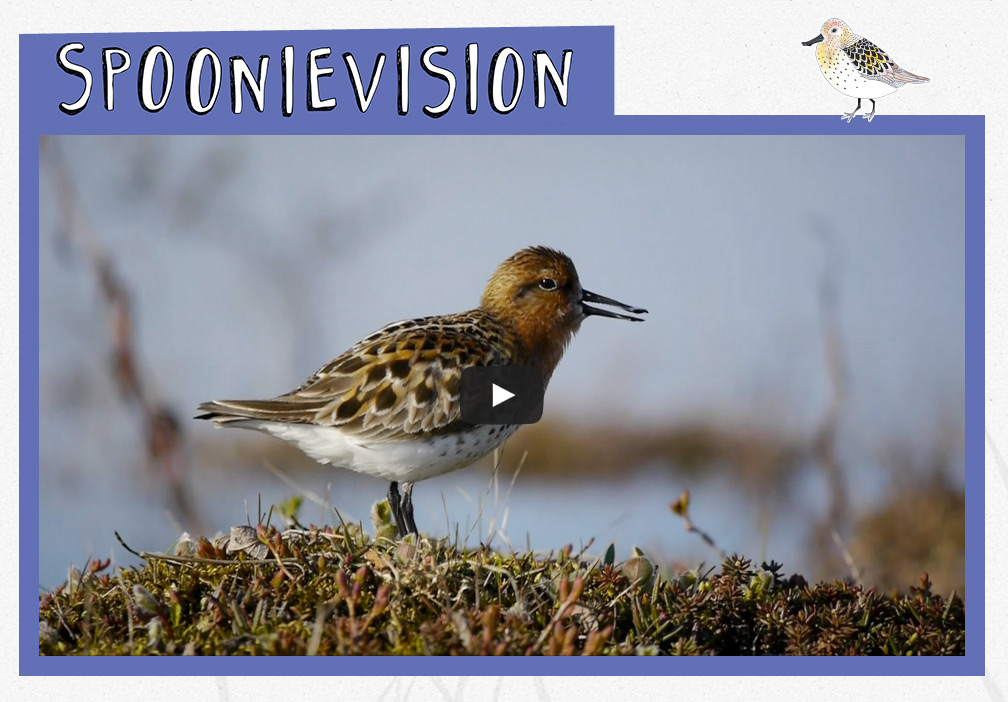