The 2015 headstarted birds move to their wintering grounds

A fourth bird from our 2015 cohort of headstarted birds was resighted n 16 November, this time in the Gulf of Thailand. Although the image is a little grainy the bird was identified as: P7 (pink left), a bird that was last seen in Chukotka on 3 August, aged 27 days old. The observer Mr Daeng, also noted an unidentified white flagged bird in the same area on 28 October, which could possibly have been the same bird. 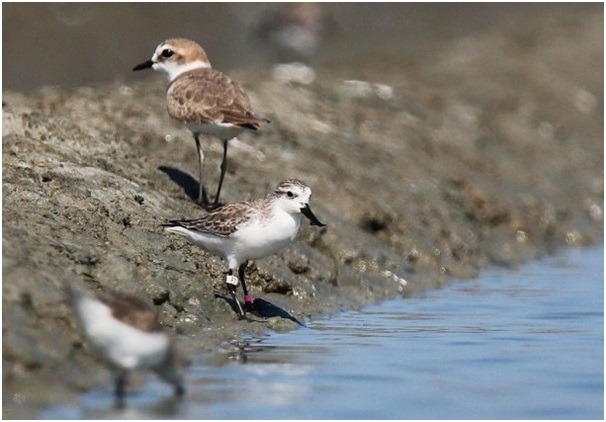 The same bird was recorded again on 29 November, when a clearer photo was taken. Quite possibly P7 is settling down to over winter in Thailand.

The same group of observers also reported seeing U6, which was last recorded on 28 October in Yuboo-Island in South Korea having spent around a month in the area. It was great to hear that this bird was still alive and well.

The information we receive from observers about the movements of the birds along the flyway, especially in relation to the all important staging and wintering sites, all helps save this enigmatic little bird and many other birds that rely on the flyway. 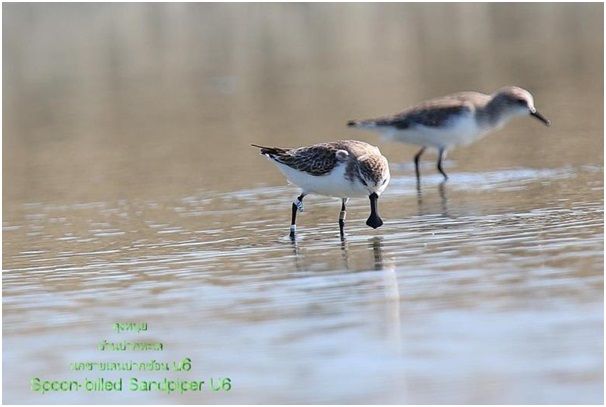