Two weeks ago we updated you on some positive signs that the captive population at WWT Slimbridge might breed this year. Now we have the great pleasure to tell you that WE HAVE EGGS, the first captive Spoon-billed Sandpiper eggs in history.

We have been nervously watching the birds since February for signs breeding might occur this year. We watched the birds moult on schedule into breeding plumage. The females progressed better into their russet summer plumage than they had in previous years which was our first sign that this year might be different. Despite their good-looking plumage, by April we weren’t seeing the breeding behaviours we’d seen at the same time in previous years so we started to prepare ourselves for the crushing disappointment of no eggs again. But then slowly but surely the males started to sing and nest scrapes were made… and at the end of May, as mentioned in a previous blog, we started to see behaviour we hadn’t seen before. Two females were sitting in nest scrapes each with a male displaying in very close proximity. We remained pessimistic – after all there were good signs last year that came to nothing. On the 2 June, the team caught video footage of a pair mating and for the next three days, that pair and another were seen mating frequently. At this point, cautious optimism was creeping in and I think all of us had started holding our breath.

It was difficult to think about anything else during these days. At 10pm on the night of the 4 June when I was away at a friend’s birthday party, I text Tanya Grigg, one of the Spoon-billed Sandpiper aviculturists, daring to ask when we might expect eggs if they were going to come – should we have them by now, would it be days, a week? Tan reassured me that it could be a week but every bird is different.

At 7.39 the next morning, I was woken up by my phone – a text had arrived from Tan. It couldn’t be could it?

I crawled out of my tent, half-asleep, read the text one more time just to be sure and burst into tears. It’s hard to describe the emotions pinned on this egg. More than anything it’s relief. Since the first eggs were collected by Nigel Jarrett and the team on 19 June 2011, this little population has been meticulously cared for and worried about. The team constantly adjusting their techniques and making subtle and sometimes dramatic changes to their living environments in an effort to give the birds what they need for health, happiness and breeding. I make that 1,813 days of care and worry.

I’m not directly involved in caring for the birds anymore (I get to do the exciting office based stuff) but work very closely with those who do. As well as being a great step-forward for the project, the partners and potentially the species, I’m over-the-moon that the people who look after the birds day-in and day-out have finally had their efforts rewarded. It is so deserved. 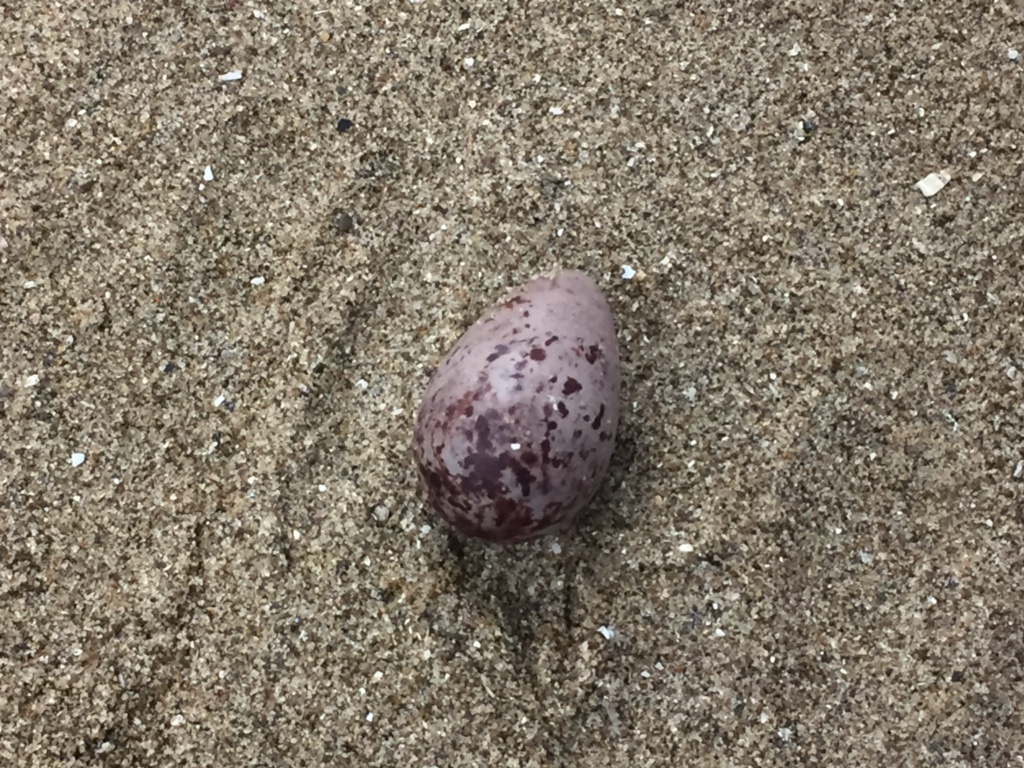 That first egg, found at 7.20 am on 5 June 2016. It has been removed from its nest for safe-keeping and replaced with a dummy egg. Photo by Tanya Grigg.

We didn’t make an announcement about the first egg earlier because we weren’t sure how the next few days would unravel. The first egg appeared “a bit chalky” and not perfectly shaped so there was some concern this egg and any subsequent ones would be poor quality or that only one would be laid. Spoon-billed Sandpiper females produce one egg approximately every 36 hours until they have three to four eggs so we just had to watch and wait for more eggs to arrive. And so they did!

The evening of the day the first egg was laid, a second pair laid its first egg. This time discovered by Nicky Hiscock. Each pair then continued to produce eggs – the first pair stopping at three and the second pair producing a full clutch of four. The last egg was laid at the end of last week. 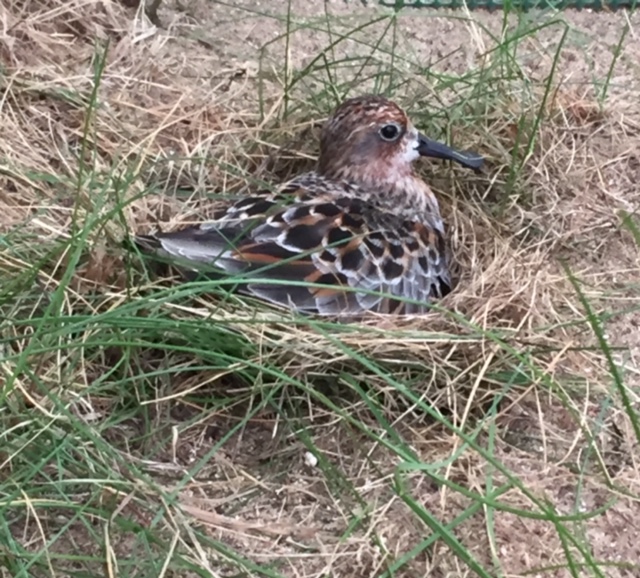 The eggs are now in incubators and being closely monitored. The eggs of the first pair are a concern: as well as the first egg, the second is also chalky and the third egg is soft shelled. Two of these eggs are losing water too rapidly (water naturally evaporates from the egg during incubation so that the egg actually loses weight between laying and hatching) so special measures are being taken to reduce the water loss and give them the best chance we can. The four eggs of the second pair, however, are exactly as we’d expect – colouration, texture, size and water loss all perfect.

Now we just have to find out if they’re fertile…

The eggs will be candled in a day or two at which point it should be possible to see the characteristic blood vessels of fertile eggs, which don’t develop in infertile eggs. The elation will either abruptly end that day or we’ll move on to the next obstacles of embryo development and hatching. Please keep everything crossed for these eggs (and hopefully more)!

A huge thank you to everyone who has supported this project and enabled us to get this far. For the official press release which includes links to more photos and a video, click here.

P.S. For those of you who follow the blog and are familiar with the Monument pair (wild Spoon-billed Sandpipers marked Light green 01 and Light green 02), we were really pleased to discover that one of the breeding females is their offspring. Particularly meaningful for us because this is the first year since 2010 that the Monument pair has not returned to their nesting site at Meinypil’gyno. 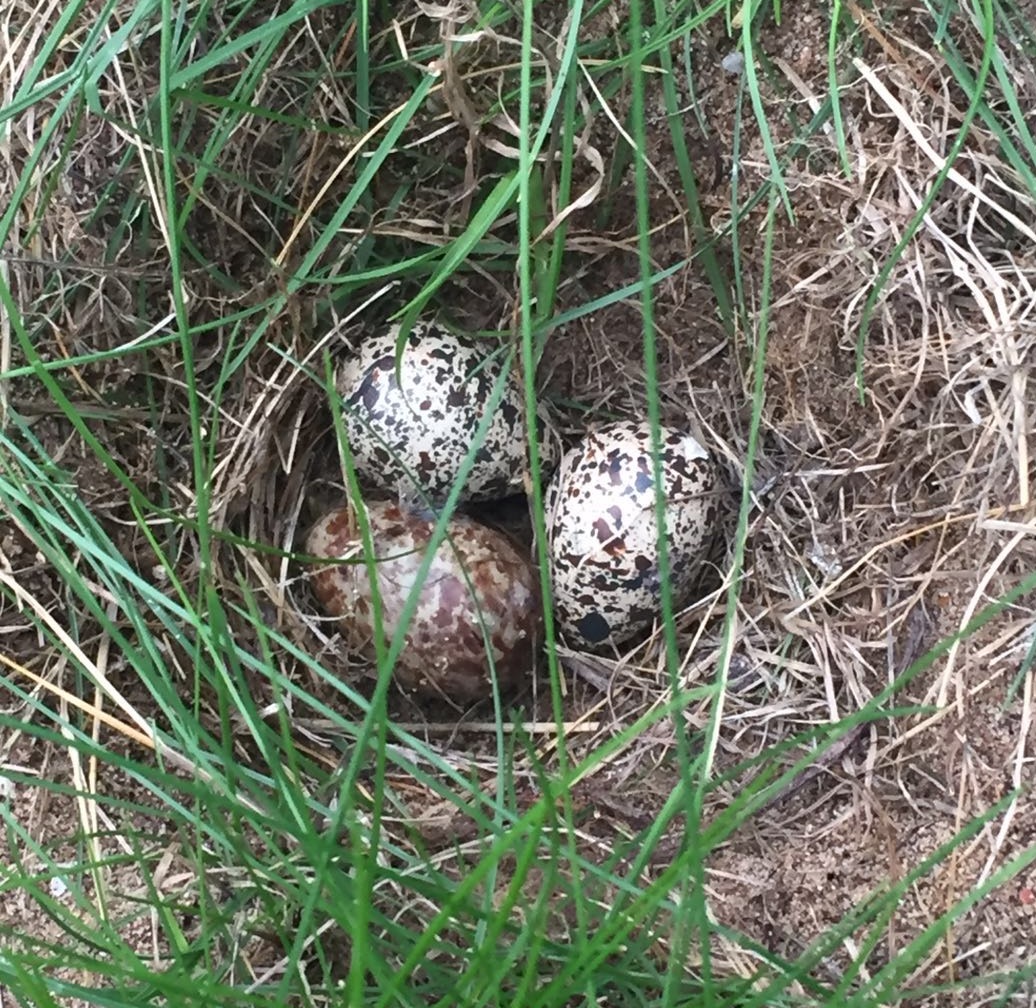