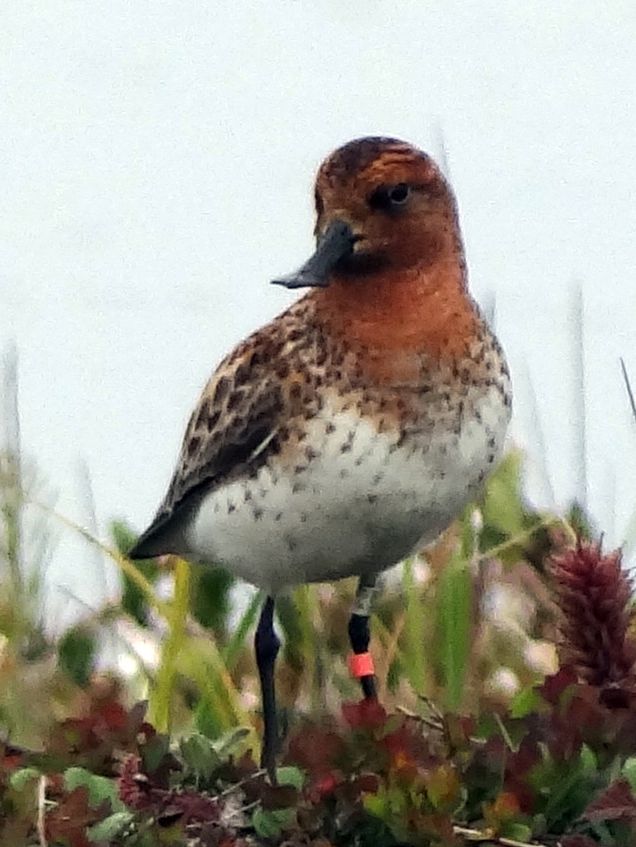 Pink left, a headstarted bird from the 2014 breeding season, spotted at Meinypil’gyno on 15 June 2016. Photo by Egor Loktionov.

Update just in from Roland: the western area of Meinypil’gyno is proving good for pairs this year, a bird from the 2014 headstarting cohort has been spotted and 20 eggs are in the incubator.

On the 15 June, a small team including Nikolai, Egor and Roman and Sveta’s family, headed off to survey ‘the western oil drills’ for breeding activity. This area is to the west of the main area at Meinypil’gyno and in recent years has held 1-3 breeding pairs.

It was hoped that eggs would be collected from two pairs already known to be using the area. Unfortunately, the nests of both pairs appeared to have been predated.

The good news. The dryer conditions this year have opened up a larger area of the western oil drills as breeding habitat and the Spoon-billed Sandpipers are taking advantage. The team estimate that there are between 5 and 7 pairs in the area this year. Among them is a two-year-old headstarted bird, released in 2014. It’s the first of the 2014 cohort to be spotted at Meinypil’gyno and has an interesting history.

In 2014, while the bird was in the care of the headstarting team, it was fitted with a leg-flag but shortly after developed an abscess on its flagged leg. The flag was removed and the bird treated with a 6-day course of antibiotics. As a result, the bird didn’t appear to be as fit as the others released and its chances of surviving migration were thought to be low. Further to that, the lack of a flag meant identifying it in the wild would be difficult after it left the breeding grounds. Despite the lack of a flag, it was spotted and identified on the Jiangsu coast of China in October 2015 and seems to have spent the 2015/16 winter in southern China with a sighting in December 2015 and another in January 2016.

And here it is two years after release, alive and well and paired with a female, proving that all the extra care and attention that this bird received was well worth the effort. 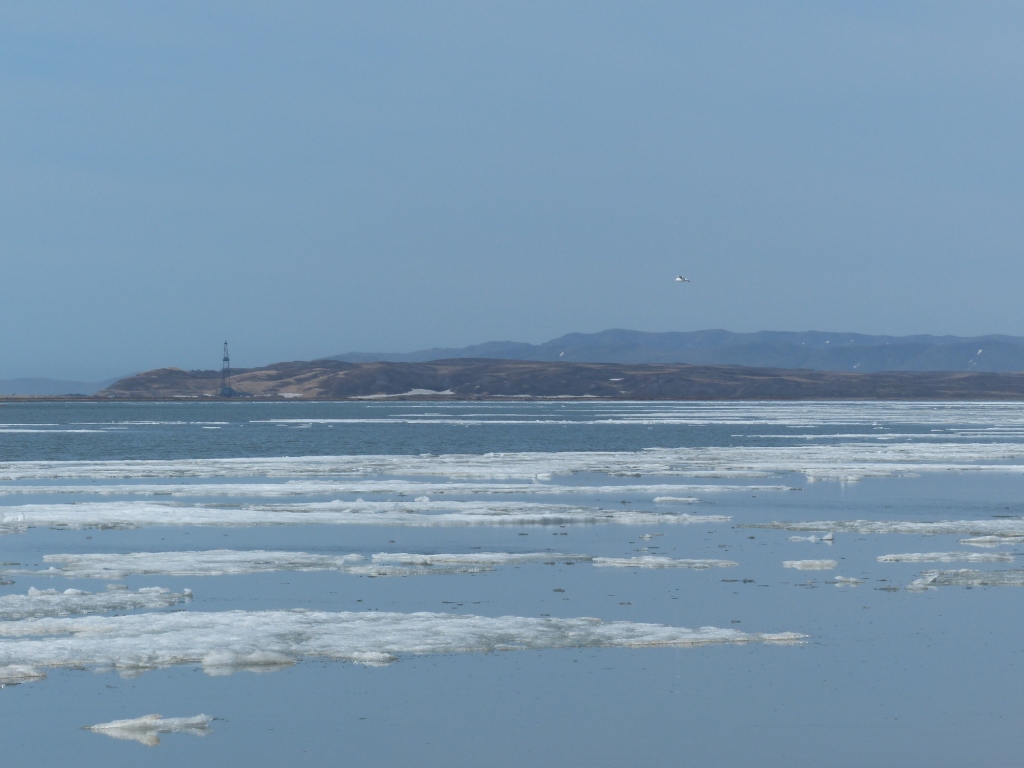 Surveying an area of Meinypil’gyno known as the western oil drills, 10 June 2016. Photo by Roland Digby.

On the 16 June, egg collection efforts focused on an area to the north. Nikolai and Ivan collected two clutches of four eggs giving us a total of 20 eggs to date. So that the numbers all add up. In a previous blog, we reported the collection of 11 eggs from three pairs. Since then, one more egg was collected from one of those pairs. So that’s five complete clutches of four eggs so far.