We have just heard that Roland (WWT) has arrived safely in Meinypil’gyno, Chukotka, along with colleagues from BirdsRussia, to begin the 2016 expedition to monitor and ‘headstart’ Spoon-billed Sandpipers at this important breeding site.

It’s a long journey from Slimbridge, via London and Moscow to Anadyr where he has to wait for good weather for a helicopter to take him to the remote village of Meinypil’gyno. This year, the helicopter service has been improved with the pilots being able to fly in foggier conditions than usual. In the hope that Roland’s waiting time in Anadyr would be greatly reduced, he set off two weeks later than in previous years. The great advantage is that he will have longer left on his visa at the end of the breeding season and will be able to stay and monitor the headstarted birds after they have been released into the wild. For monitoring, Roland will be equipped with state-of-art optics kindly provided by Leica Camera AG, the exclusive optic partner for WWT’s Spoon-billed Sandpiper work. Not only will that monitoring be incredibly useful, but poor Roland often has to return home before seeing the fruits of his labours realised in the field. So it’s fantastic to hear that Roland has arrived on schedule just before the birds themselves will arrive, at the end of their 8,000 km Spring migration.

Again the plan is to rear and release (‘headstart’) up to 30 Spoon-billed Sandpipers at Meinypil’gyno, approximating five times the number we’d except to fledge without headstarting. And the team are hoping to see lots of birds that were headstarted in previous years return to breed. Last year five returned, of which three bred. This year we’re hoping for at least eight and among them we’ll be looking out for two old favourites: Light green 8, a 2012 female (one of the first release cohort) who bred successfully in both 2014 and 2015; and White MA, a 2013 male who successfully bred last year and has been seen and photographed throughout the flyway. The last sighting of White MA came from Japan on 7 May this year showing he’s making good progress back to Meinypil’gyno. Light green 8, on the other hand, hasn’t been seen since leaving the breeding grounds in July of last year. Fingers-crossed she’s alive and well and has simply been evading telescopes this year. 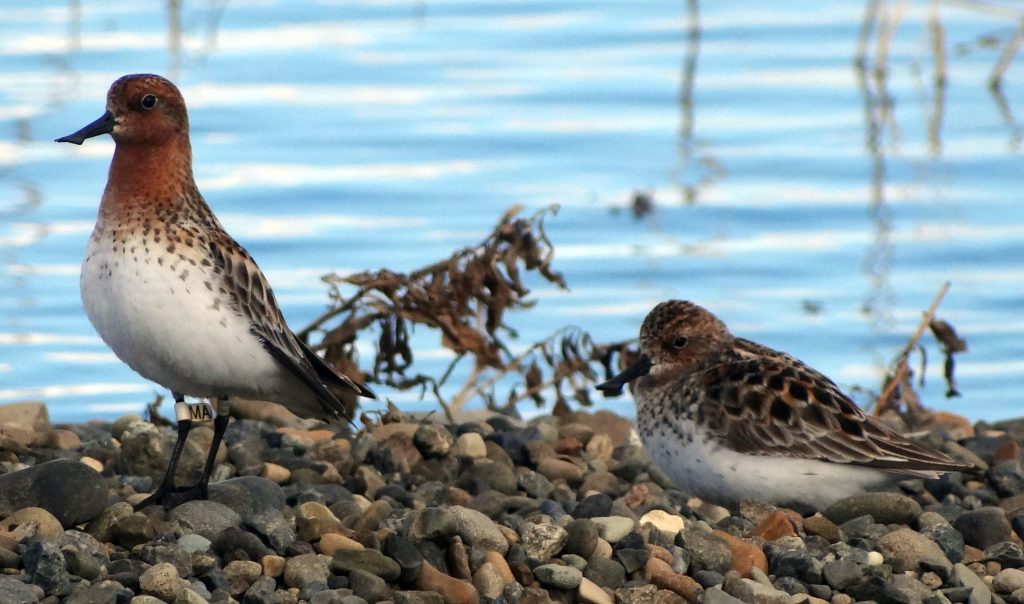 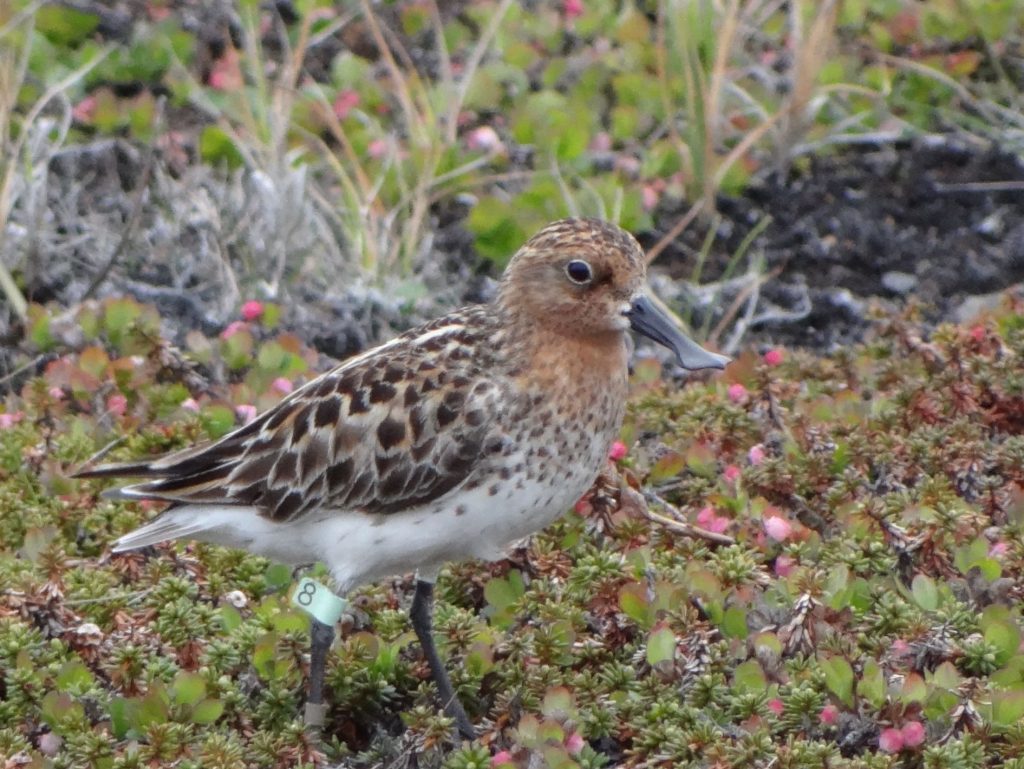 Back at WWT HQ in Slimbridge, the resident aviculture team are also gearing up for the breeding season. We have had a couple of frustrating years in which the captive flock has almost but not quite got it together enough to breed, so it’s an anxious time and everything is focused on getting the external conditions for the birds as close as possible to what they’d experience in the wild. As in previous years, the team are testing different strategies, for instance segregating some pairs while leaving others in closer proximity to the rest of the flock to see which conditions are best at prompting those all important instincts.

The good news is that this season the plumage of the female birds is looking much more like the female birds in the wild. In previous years, they have not quite reached that russet red colour as strongly as we’d expected and it has been a concern. Though there’s variation between individuals, overall their appearance is encouraging. The males have begun to sing, nest scrapes are being made and a few days ago, for the first time, females have been seen sitting in nest scrapes with males displaying to them. It’s still early days and previous years have taught us not to count our spoonies before they’re hatched… laid… or conceived, but we’re keeping fingers and toes crossed.

We’ll bring you more frequent updates through the summer months, as we receive news from Russia, and from Slimbridge Spoonyland.