Hatching and heartbreak for the Spoon-billed Sandpiper captive breeding programme

From elation to devastation. Over the last few days, the two viable eggs at Slimbridge successfully hatched producing two perfect looking Spoon-billed Sandpiper chicks. The chicks seemed to do well initially but their health deteriorated and within 60 hours of hatching both chicks died.

The viable egg from the first clutch hatched at 9 am on Saturday (2 July) surprising us all with how quickly it hatched. Spoon-billed Sandpipers normally take 24–36 hours to completely hatch but with the first break in the eggshell appearing at 7 am, this feisty, little chick managed it in just two hours. As far as we could tell, the chick was healthy and behaving normally – tired from the effort of hatching and still wet from the egg, the chick understandably wanted a rest. It soon dried out and regained some energy and began exploring.

The next day, on Sunday, the other viable egg, from the second clutch, hatched just after 10 am. Again all looked good. Nothing obvious to worry about – although we were always aware that the first few days would be the most challenging and that it would be difficult to breathe easy until the chicks were walking around strongly and feeding well. But we were elated – two healthy-looking chicks from two eggs in two days. 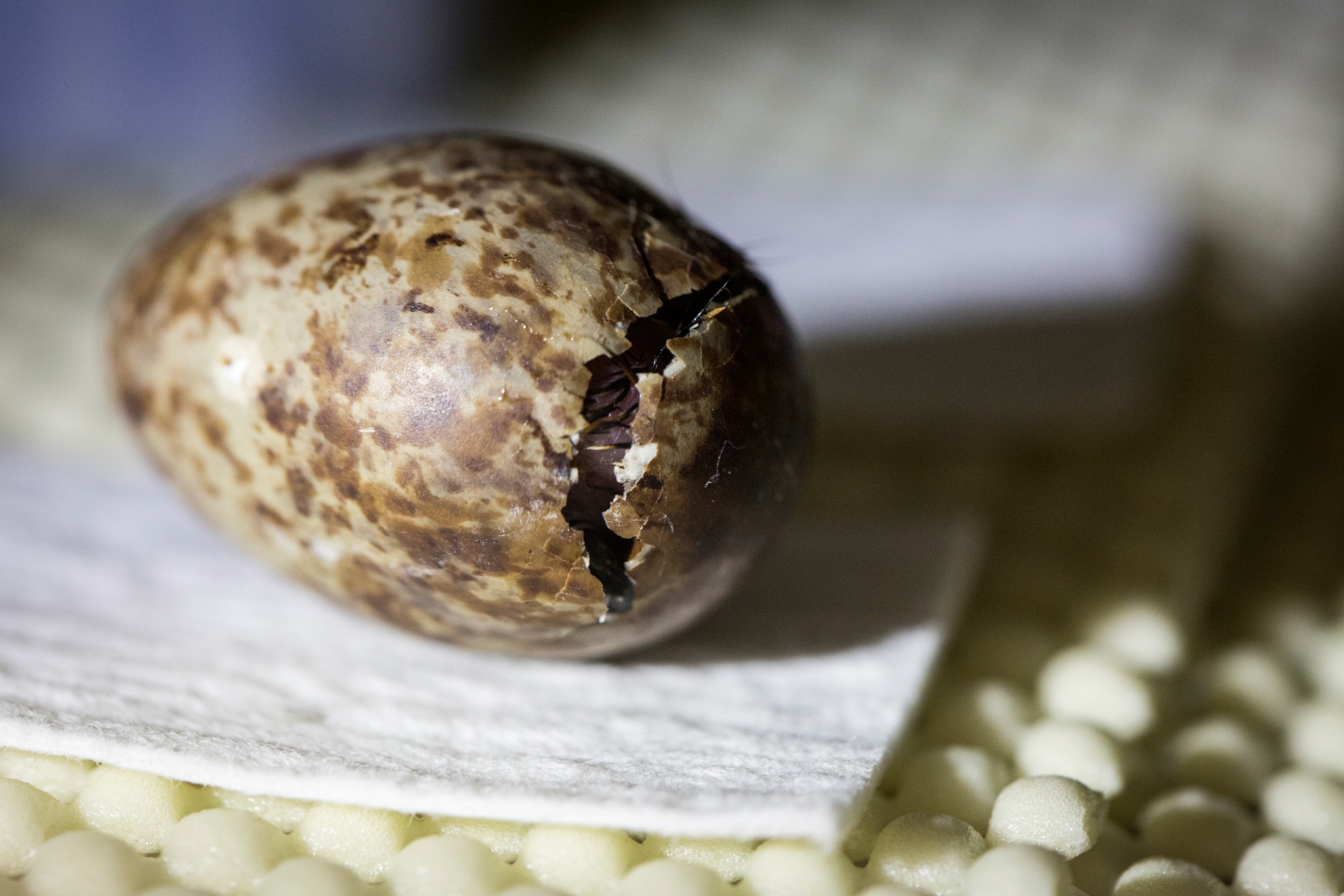 Later that day, the first chick developed a leg problem and its health gradually deteriorated. On Monday afternoon the chick sadly died. The second chick, however, seemed to be thriving and developing well. But yesterday, despite round-the-clock expert care, this chick also took a turn for the worse, deteriorating quickly and slipping away within a couple of hours. We are devastated.

The causes of death are as yet unknown. Both chicks have been sent for specialist post mortem which we hope will reveal why these chicks failed to survive and help us prevent the same problem in future.

We are trying to remember that despite its crushing end, this year has seen the first eggs, the first fertile eggs and the first hatchlings for captive Spoon-billed Sandpipers – a year that should still be celebrated although it’s going to take some time before we can reflect on it with a sense of celebration.

Our hopes are now pinned on efforts in Russia. The same day the first chick hatched at Slimbridge, 4,500 miles away the first chick also hatched at base camp in Meinypil’gyno, followed closely by its three brood mates. There’ll be a full update soon on developments from the field. We’re hoping the next update from Roland will lift our spirits! Stay tuned.