ET settling in at the Gulf of Mottama?

ET arrived at the Gulf of Mottama in Myanmar at around 9pm on Saturday night (UTC, 2.30am on Sunday morning local time). 12 hours later, she appeared to be moving to the north west perhaps heading on to Bangladesh after a rest in the gulf. The two fixes since then, however, have been back in the direction of Mottama suggesting she may have settled there, perhaps for the winter. BUT all three of the fixes since Saturday night have been low quality with long distances of error (>100km). Hopefully, some better data will come in over the next few days so we can get a better picture of what she’s been up to since arriving at Mottama. 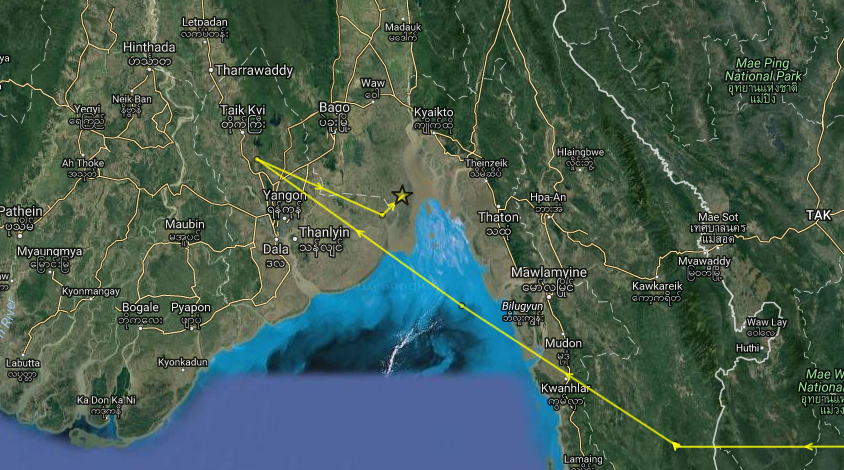 HU has remained near the town of Xitou, Guangdong province (about 250km west-south-west of Hong Kong).

And CT is still enjoying the mud flats at Tiaozini.