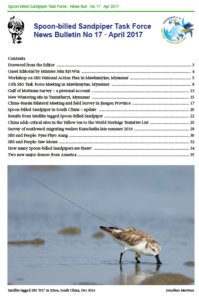 The April 2017 edition of the Spoon-billed Sandpiper Task Force News Bulletin is available to read here. The contents are as below. Previous news bulletins are available on the SBS Task Force website.