News from the Field: First update from the team

We’re very pleased to be able to share the first news from the field with you. Roland and the BirdsRussia team have been at the breeding grounds for almost a month now but have had a more limited internet connection than usual. Below is the first update we received and we’ll post another shortly (with some egg-citing news). Hopefully there’ll be many more over the next few weeks!

We arrived in Meinypil’gyno on the 19th May even though we didn’t expect to fly that day – the conditions weren’t good with low cloud and initially some fog. Something in our favour, however, and a real rarity was no wind, so fortunately we weren’t delayed. Unlike the previous year, there was a lot of snow and ice everywhere and the river mouth had been closed by winter storms. It’s also been much colder and we’ve had a few snowy days in May, particularly the week after we arrived so we were very fortunate to have left Anadyr when we did or it would have been a long wait at Yaranga hotel. Although in general this year has been much colder with very little ice melting on larger water bodies, most of the snow has melted in open areas and the weather for the last couple of days has been fairly warm, with lots of invertebrate activity which will be good for returning spoonies. Although a lot of snow and ice and a blocked river mouth, thus far the flooding isn’t as extensive as in 2015 or 2011. As always we’ve seen some interesting birds on migration, most notably this year large numbers of red and great knot passing through. 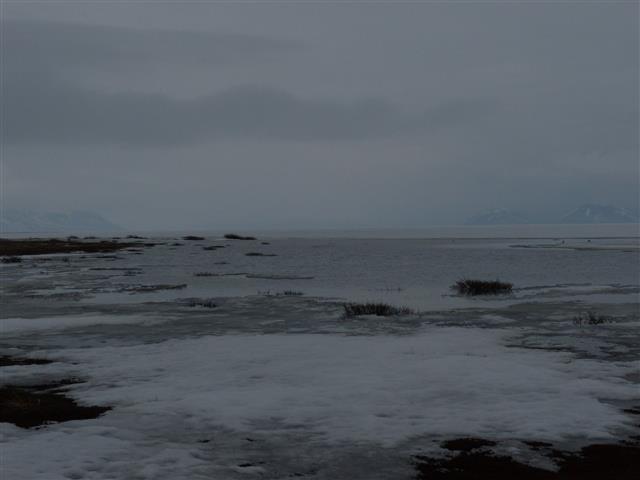 Pavel and Egor saw the first spoony on 1st June and although it had just arrived and was too nervous to approach, they could see it had a Light green flag on the left tibia. Yurri and I returned to the area the following evening (2nd June) and saw Light green 21 and Light green 07, both birds local to the area. In 2014 and 2015, Light green 21 was paired with Light green 8 (2012 headstarted bird, the first headstarted bird to return). At least three other unmarked birds were also observed that day by Pavel, Egor and Nikolai.

Yesterday (3rd June), Nikolai led a small team to the Western oil drills to survey and although many of the former territories are under water and ice this year compared to last year they still found four pairs, including Light green A1, a wild-reared chick from 2014. Pavel and Egor observed a female spoony close to the mountains. Whilst Yurri, Tong and I surveyed the area known as the Cross, where we observed the pair Light green 32 and Light green 09, who bred in the area the previous year. 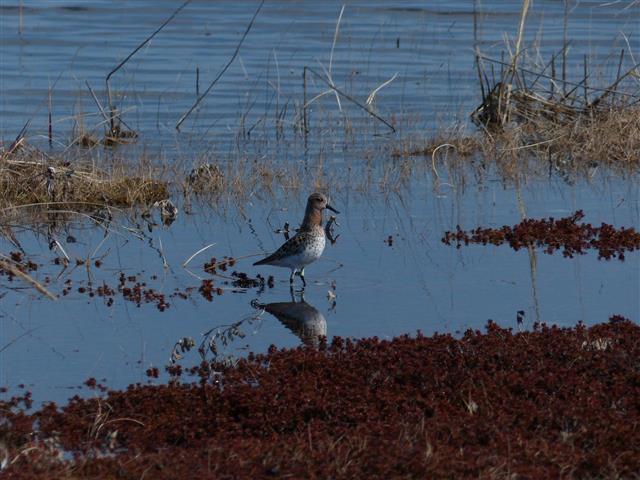 We’re currently dealing with some problems with our main incubator and may need to change the micro-processor and the heat sensor. Hopefully this incubator will be up and running soon and there’ll be many more sightings to report.