News from the Field: Hatching update from 3 July

On 1 July, clutch A pipped and were all moved from the Hemel incubator to the AB Newlife hatcher. As of 3 July, a total of 24 of the 34 viable eggs have pipped and been moved over and we expect the remaining 10 eggs in the incubators to pip during the next couple of days. 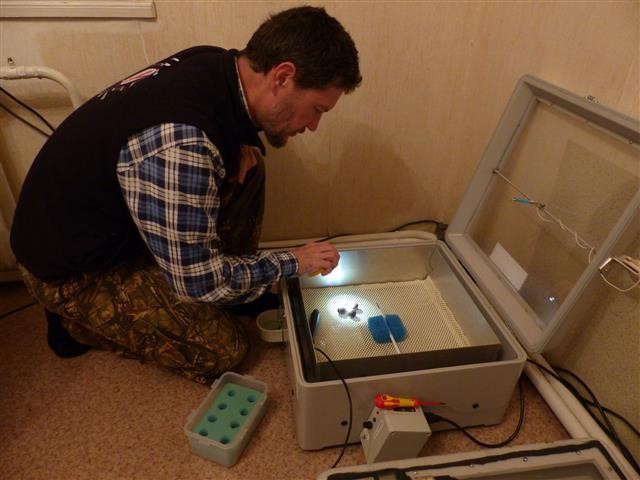 Ivan checking the 1st clutch of eggs in the hatcher to make sure all pips are on the tops of the eggs, 1 July 2017. Photo by Roland Digby/WWT.

This morning at 05:40hrs our 1st egg A3 (parents 10 and 05) hatched and, as usual with spoonies, it was very quick. I was checking temperatures at 05:38 and by the time I had finished a 1cm split in the egg shell was now a spoonie! 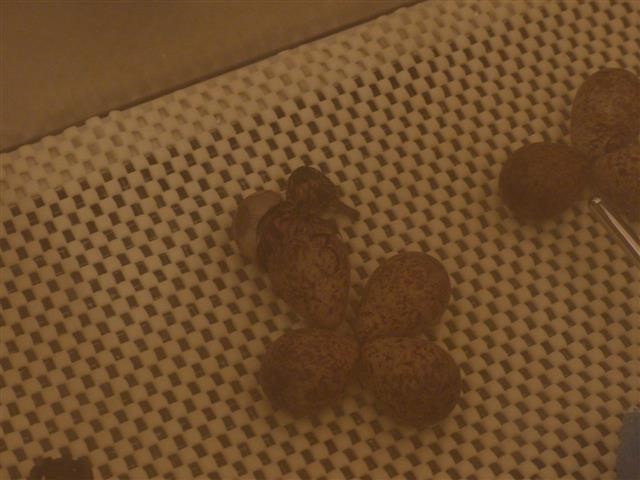 The chick had a wet weight of 5.8g (fairly small) and is now settling down in the brooder resting and drying. As I type we have plenty of eggs wobbling around, so expect more to hatch soon. 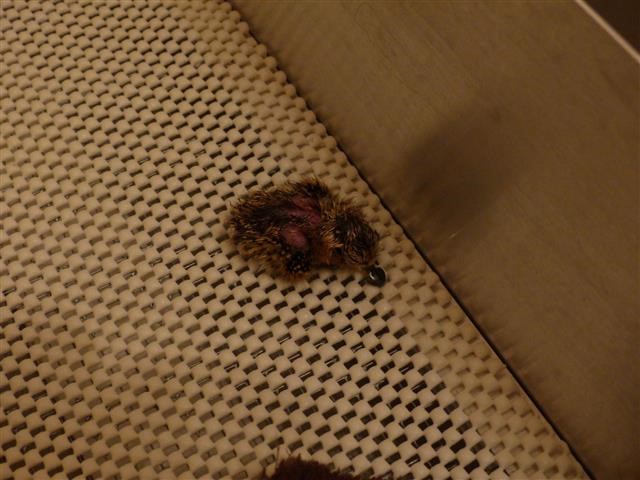 The first chick of the 2017 headstarting season drying off and resting in the brooder on 3 July 2017. Photo by Roland Digby/WWT.

Other news is that finally enough of the flood water at the monument had receded so that yesterday afternoon we were able to clear the trenches of the release pen creating a moat which will help drain the ground where the pen will be built. Although rather wet now, the water level is going down very quickly and, despite the poor weather at the minute, we expected to have the pen completed and ready for chicks by 10 July at the latest. 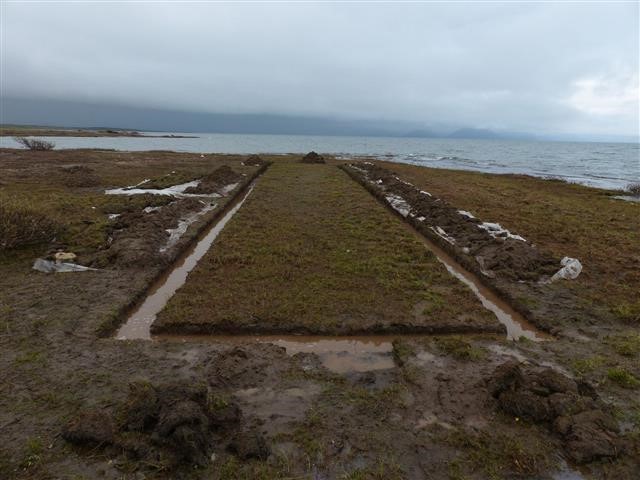