News from the Field: Moving to the release aviary and the obligatory bear photo

On Friday 14 July, we finally got the first couple of broods of birds out into the release aviary. Because of the storm we couldn’t put the birds out as early as we’d hoped (Wednesday 12 July), so the first couple of broods were a bit older than the 7 days of age that we usually put them out at. Nevertheless they seemed fine for their extra couple of days in the house (see photo from evening of 13 July below). 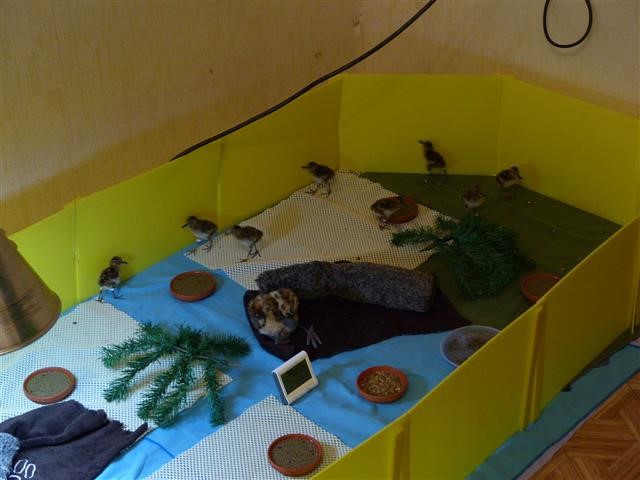 First brood of chicks indoors waiting for storm to abate before being moved outside, 13 July 2017. Photo by Nikolay Yakushev/BirdsRussia.

A further 8 birds were moved on the 14th, another 7 on the 15th and the last 7 on the 16th. During this period the weather was mild, but with the usual Meinypil’gyno fog and mist until yesterday when conditions cleared up and we had some well deserved warm and dry weather which has continued through to today which has been a real scorcher (probably not by UK standards mind you as I still seem to be wearing thermals!). 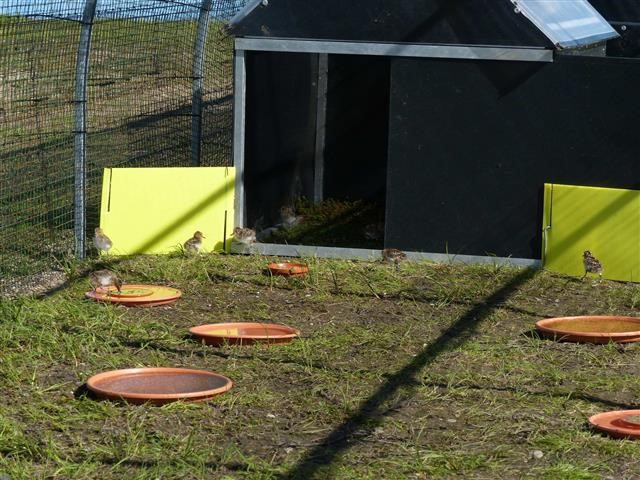 All birds are now settled and adjusted to the change of temperatures and all extra heating was turned off this morning. We are also starting to mix the broods so as to give them access to more space as they grow and by Friday 21st all birds should be mixed and have full access to the rearing / release aviary. There’s quite a mix of ages, with the older birds expected to start flying (not very well) in the next 2-3 days, and since yesterday, there has been lots of jumping up and down flapping. 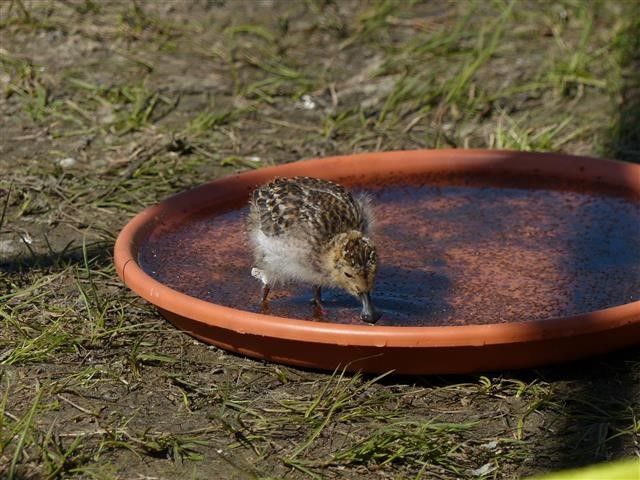 The ages are still close enough together to allow for a single release and, weather permitting, we plan for this to happen on 28 July. 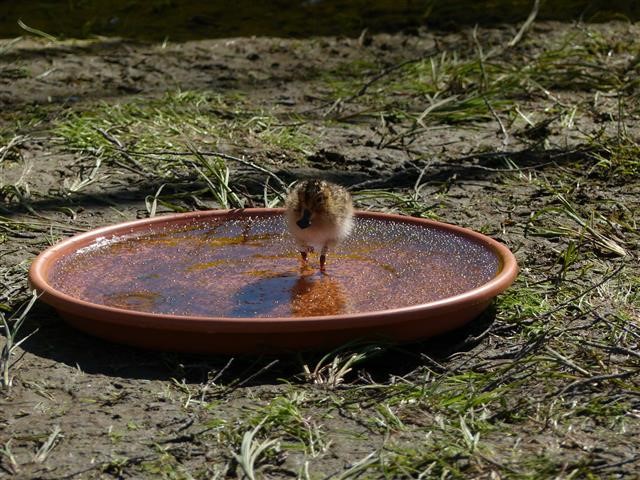 As I said earlier, the weather has been lovely for the last couple of days and Evgeny and the Chinese delegation were finally able to leave today on their helicopter that had been delayed since the 12th.

Yesterday Ivan and I had a close, but not dangerous, encounter with a bear as one came on to the marsh and started to dig up young souslik (ground squirrels). The wind was in our favour, so the bear was not aware of us sitting on the Vekzdia hode watching it dig around 60 meters away from us. Once it had got its prize, it went off on its way and here is the obligatory bear photo for this year. 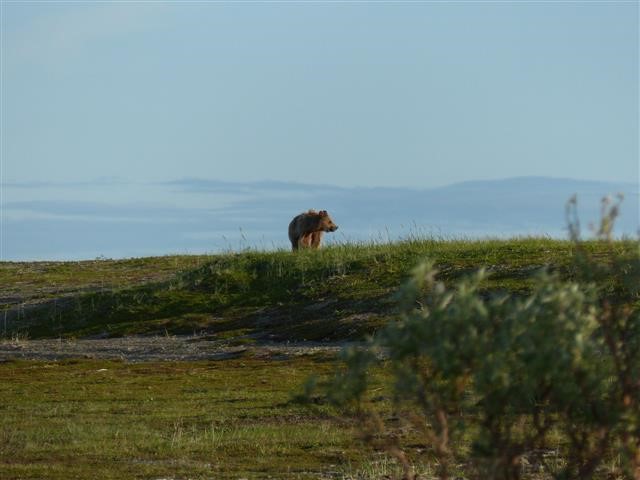 That’s all from me for now. Thank you to everyone who’s reading these updates. If you don’t hear from me before, I’ll make sure to send an update shortly after the release.