News from the Field: We’ve arrived! And so have the Spoonies..

We’ve finally reached Meinypil’gyno and already can’t wait to get stuck in to the 2018 season!

Our journey from Heathrow to Meina has taken 5 days, with a short delay in Moscow and a 1 day extra wait for the helicopter at Anadyr. Being met by Russian staff at Moscow and Anadyr helped us considerably through customs and passport control which has meant a relatively straight forward trip that we are very thankful for! 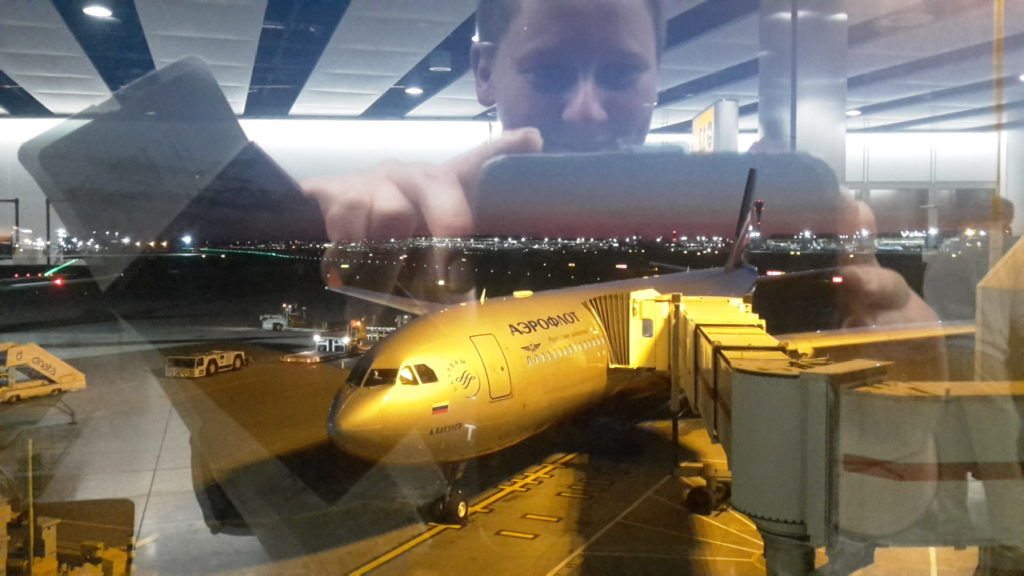 At Heathrow airport raring to go!

Being delayed in Anadyr did allow us time to explore the town and surrounding tundra habitat for migrating birds (see ‘Other sightings with James Phillips’ below). We also had wonderful close encounters with displaying Long-toed Stint and Red-necked Phalarope. 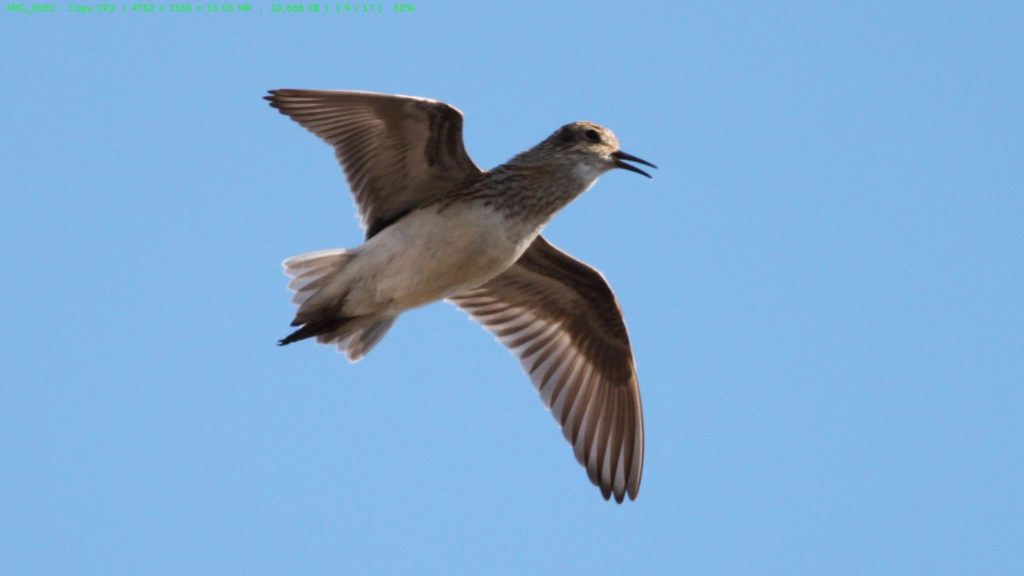 The last leg of the journey to Meinypil’gyno is by helicopter. Flying so low to the ground allows you to guage how wild and remote the area really is. Being level with snow covered mountain peaks is something else! 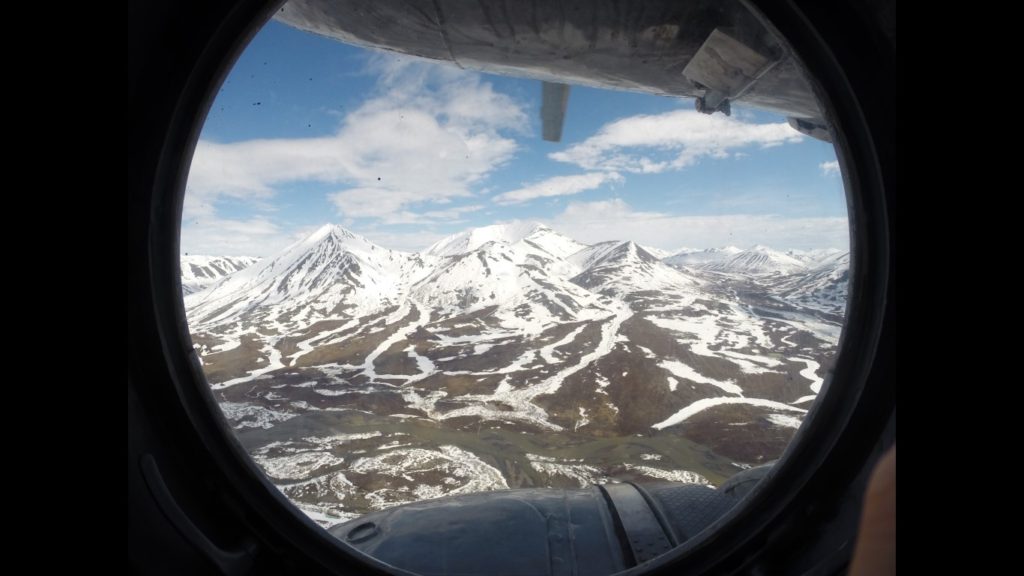 View from the helicopter. Photo by Jodie Clements.

On arrival we were met by Nikolay and the team who took us to our home for the next two months. They arrived some weeks ago and told us they had seen their first two Spoon-billed Sandpipers to arrive back the day before on the 6th June. This is later than normal but we are hopeful this will work in their favour as they will now be able see the flooded areas and avoid nesting in them. There has been much more snow here than in previous years and with the good weather we are having it is melting fast. The river mouth is yet to be unblocked but as soon as it is water levels will decrease rapidly.

After a hearty dinner from Sveta and a good night’s sleep James, Chris and I trekked out for our first day in search of spoonies. We had little luck in the morning but by late afternoon we came across 2 birds in beautiful breeding plumage. One was Lime 38 and the other unmarked. We were first drawn to them after hearing the unmistakable song of the male. Listening for birds is definitely one of the best ways to locate them as we found in the coming days. 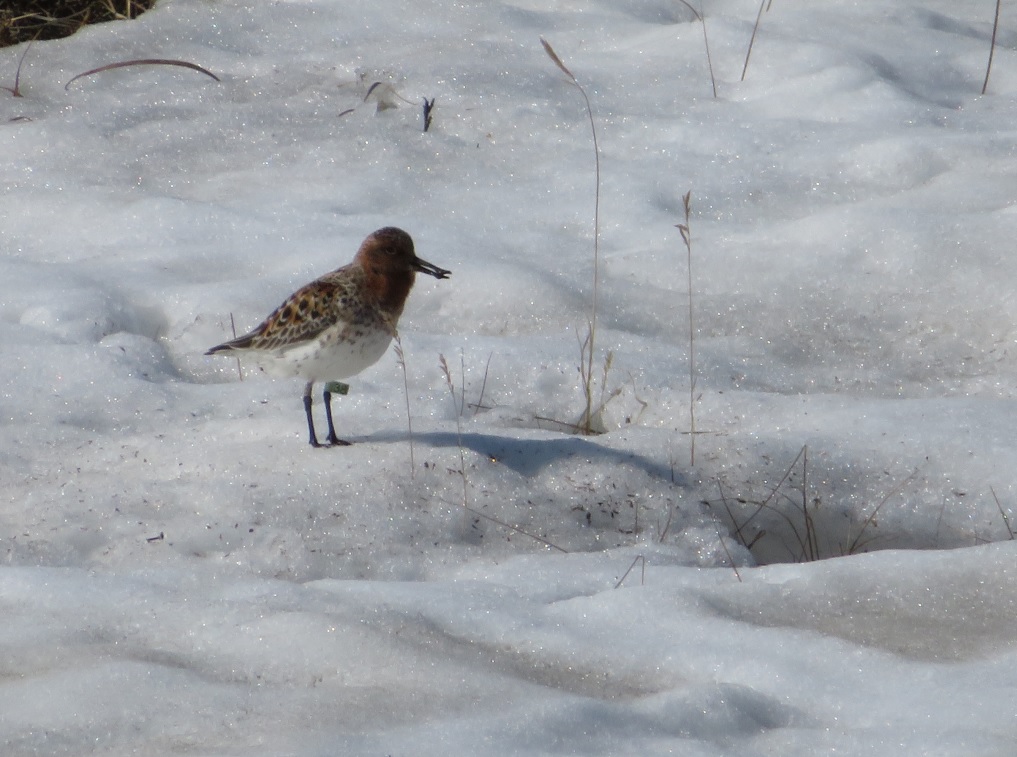 To date we have seen 4 or 5 individuals. More spoonies have also been spotted further east with more arriving every day. Stayed tuned for more sightings soon!

Our wait in Anadyr was well spent and allowed us get our eye in for the fantastic bird assemblage to be found in this part of the world. Bird migration is in full swing and the open tundra habitat close to where we were staying was alive to the sounds newly arrived waders with many displaying Common Snipe, Wood Sandpiper, Temminck’s Stint, lecking Ruff, Long-toed Stint and Sandhill Cranes all seen, with migrating Red-necked Phalaropes, Grey Phalarope, Great Knot and Long-billed Dowitcher and flocks of Pomarine and Long-tailed Skuas all moving through the landscape. While Bluethroats and Alaskan Wagtails seem to be singing and displaying from every small bush and tree dotted across the tundra. 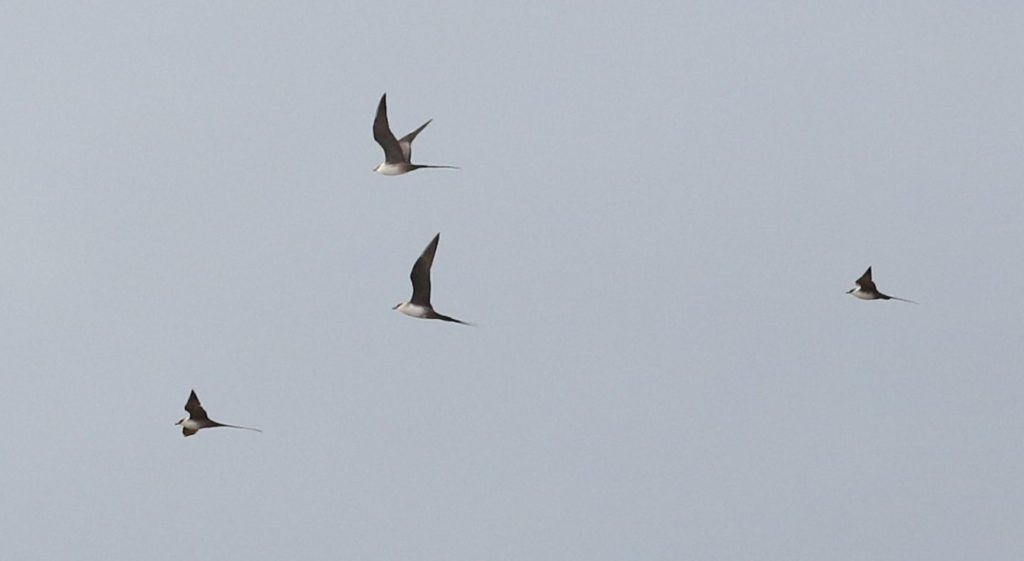 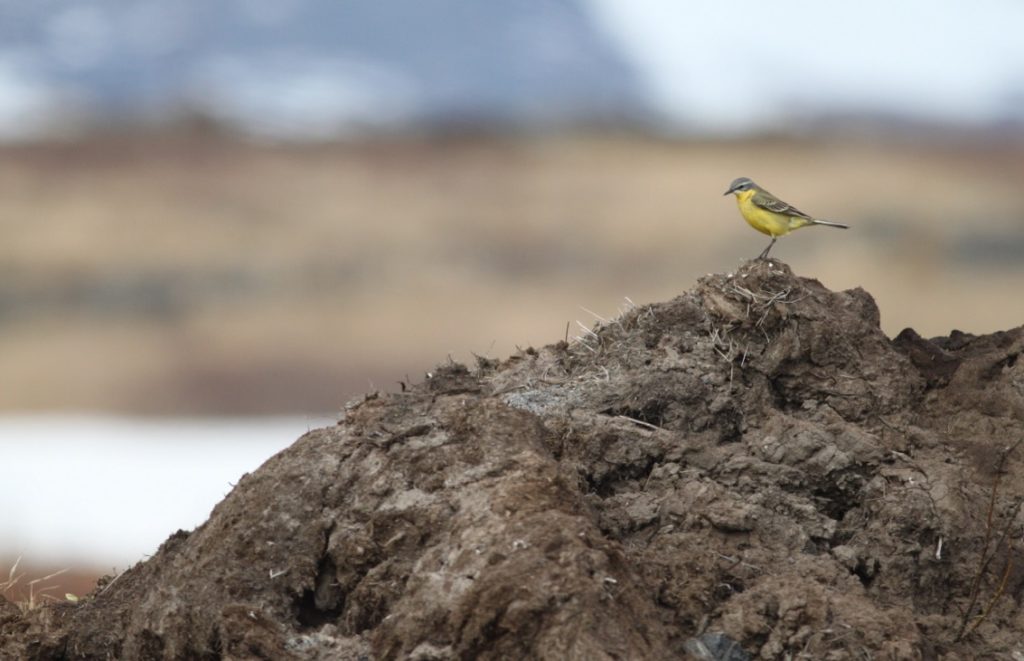 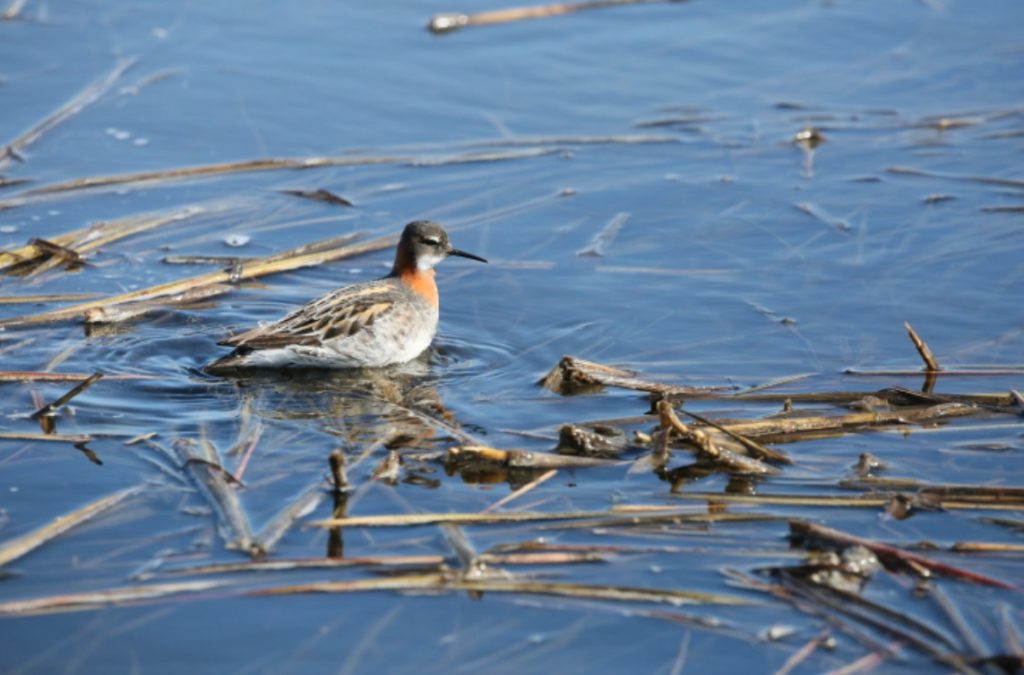 Those pools that were free of ice and snow held good numbers of migrating duck with Long-tailed Duck, Greater Scaup, White-winged Scoter, Common Eider, Northern Pintail, Greater White-fronted Goose, Eurasian Wigeon, Tundra Swan, Black Brant, American Wigeon and Green-winged Teal all seen. Being so close to where the Old world meets the New world was not lost on us and this was reflected in the birds we were seeing, it was very exciting to watch Eurasian Teal, Green-winged Teal, American Wigeon and Eurasian Wigeon together side by side. 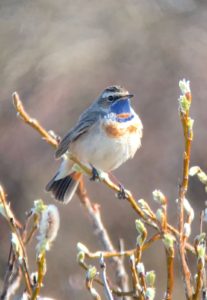 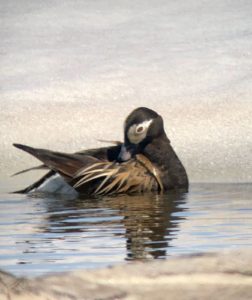