News from the field: A Close Encounter with the Loons

Update from James Phillips who is now back in the UK 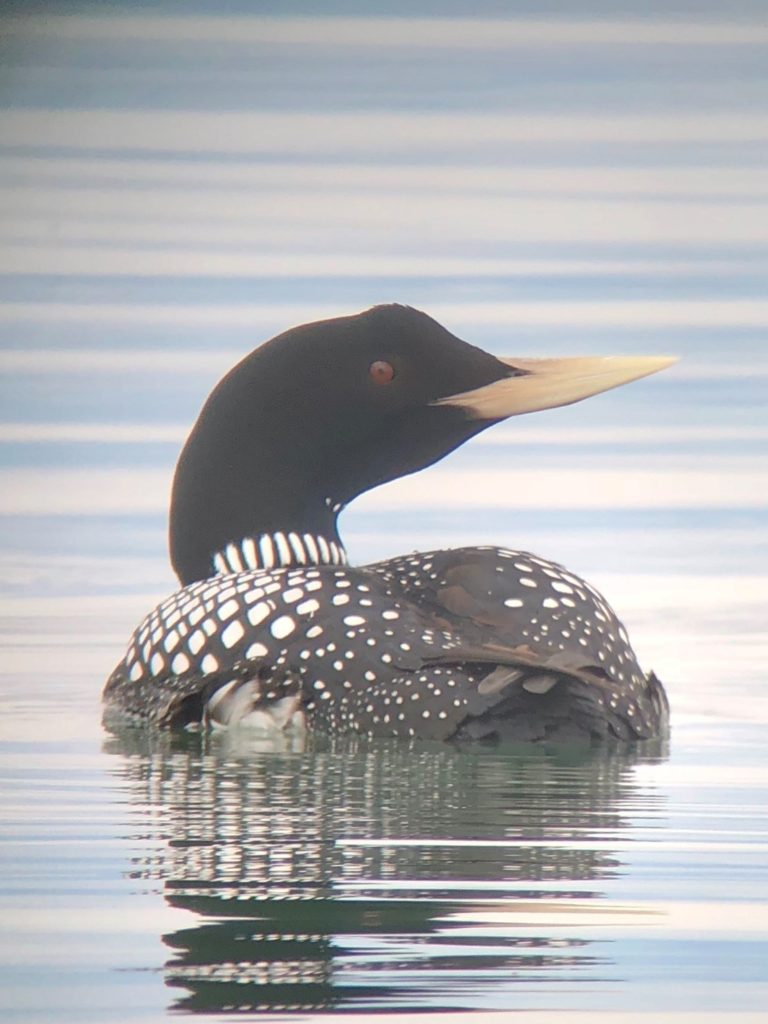 There are certain iconic birds that capture the imagination, that define a given landscape or habitat or are just emblematic of those beautiful remote wild places that we all on occasion dream about.

The White-billed Diver or the Yellow-billed Loon (as it is known in North America) is one such bird and a true species of the arctic wilderness, occurring across the Eurasian, Russian and North American arctic, breeding on lakes and slow moving rivers in low lying tundra regions.

A number of these wonderful birds nest on Lake Pekul’neyskoye, a huge deep freshwater lake surrounded by snow-capped peaks and vast rolling tundra hills which forms an integral part of the land of the Spoon-billed Sandpiper at Meinypil’gyno.

A nice local link to this is that the species was actually first described by G. R. Gray in 1859 and named Gavia adamsii after the surgeon Dr Adams who collected the first specimen aboard the H.M.S. Enterprise during the vessel’s voyage through the Bering Strait, not too far away from Meinypil’gyno itself.

As we carried out our spoonie field work each day we would catch distant glimpses of these most magical of birds as they commuted between the lake and the open Bering Sea, and sometimes we would hear their eerie laughter-like flight calls as they flew by.

Then one day while taking a short lunch break upon the shores of the mighty lake Chris Kelly and I happened upon a wonderful experience with the Loons. In beautiful still conditions with the lake surface looking like a huge reflective mirror, we came across three adult summer plumaged birds close inshore in a secluded bay. They seemed very inquisitive, drifting in closer and closer to where we were standing watching from the shore.

AND they really did come in very close….. 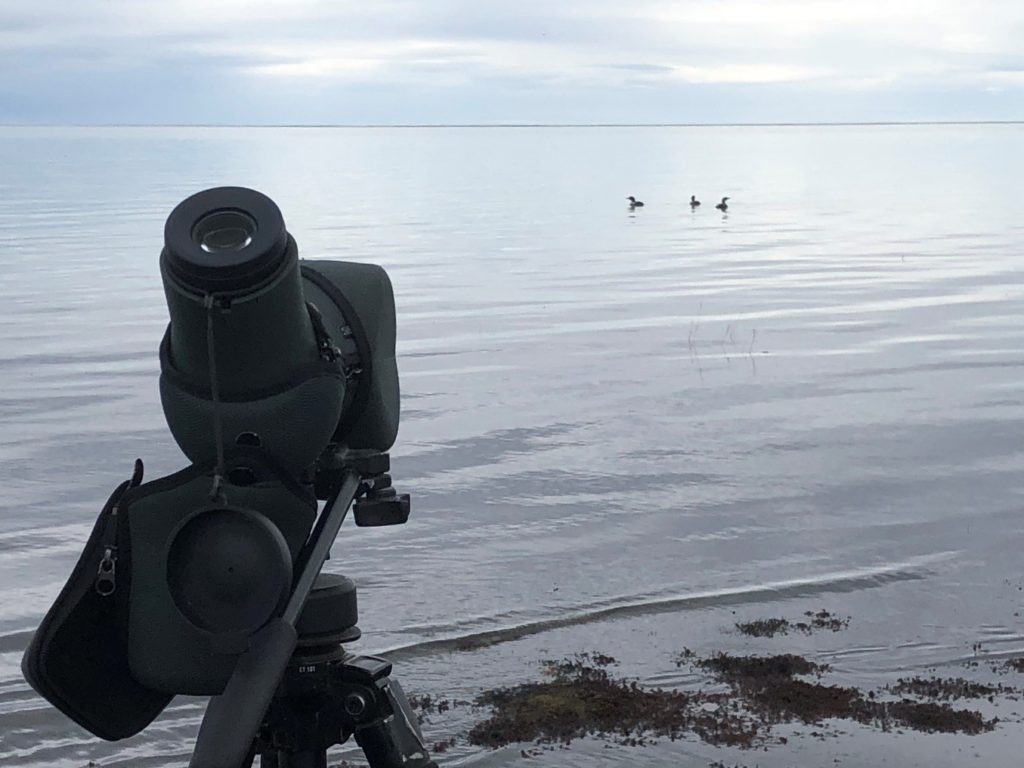 This gave us a unique opportunity to study these exquisite looking birds at close quarters and to view their intricate, perfectly defined lattice-like patterned plumage, their strange piecing red eyes, that amazing huge yellow bill. The behaviour and interaction between the three birds was fascinating, including one bird giving an amazing territory call, the sound of which carried across the huge still lake…… 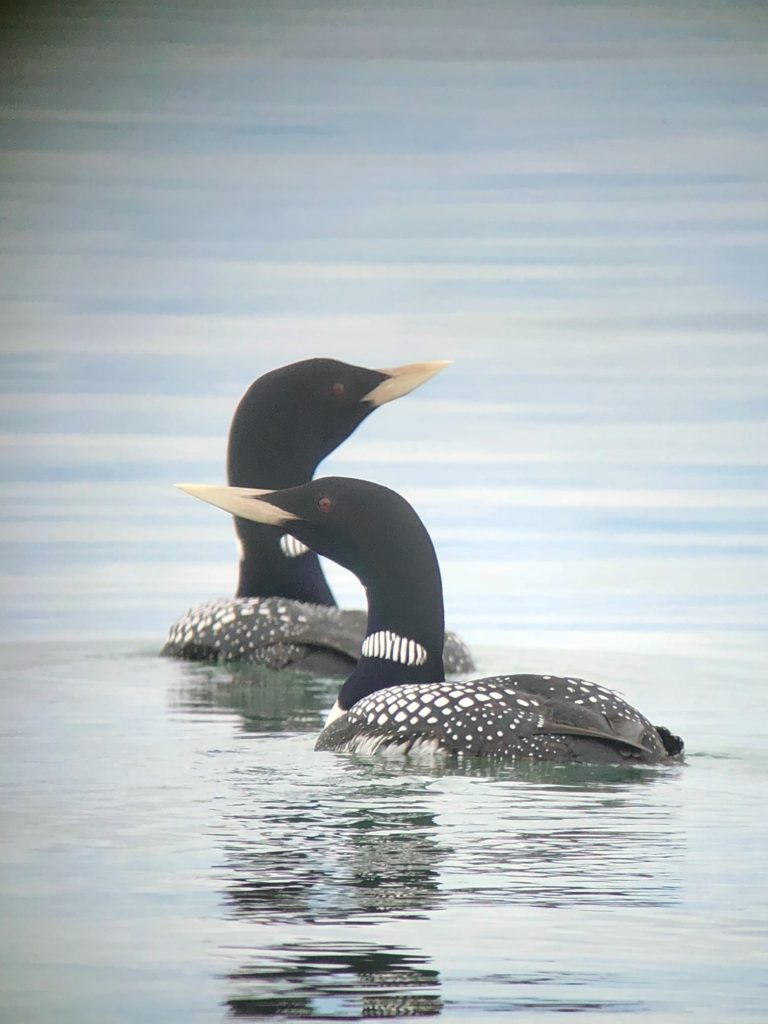 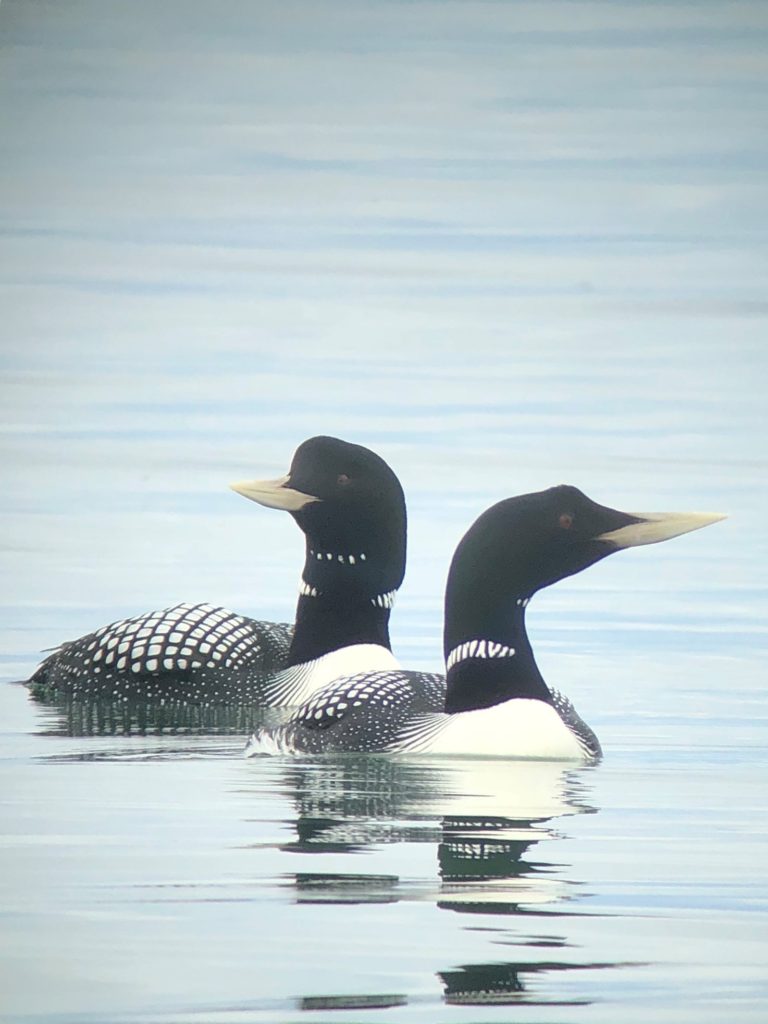 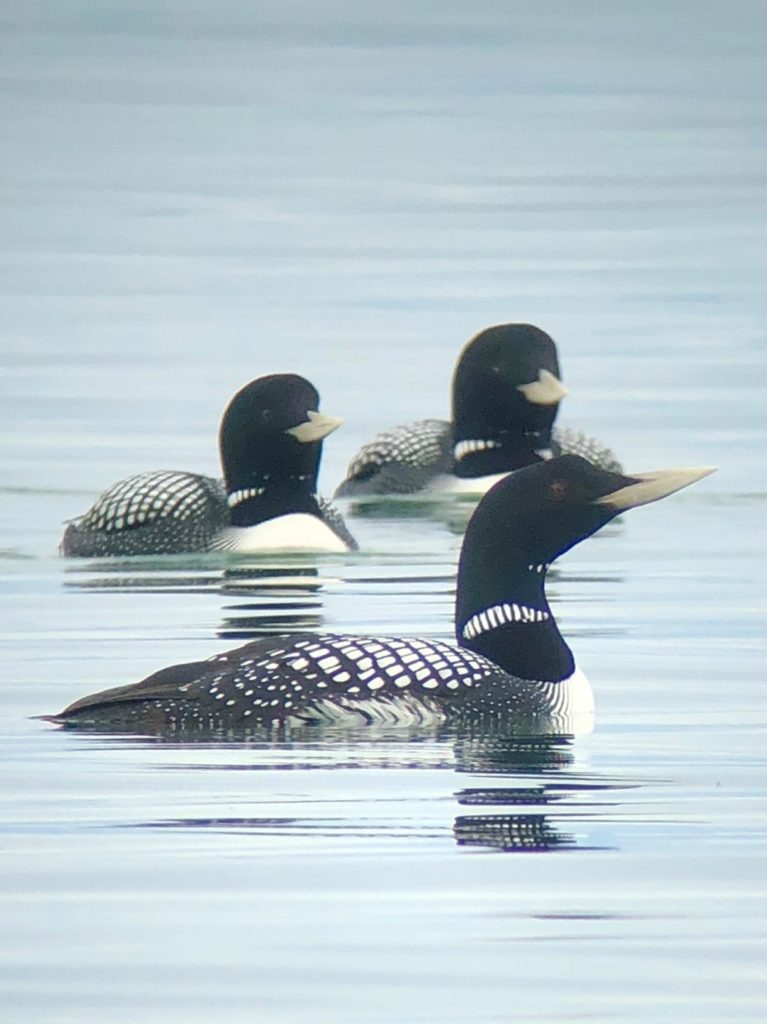 And who knows, these birds may even be related to the very first birds described to science back in 1859 from aboard the H.M.S Enterprise.

About the Author
Dr. Baz Hughes is Head of the WWT Conservation Action Department. He does the easy bits – making sure our amazing team have the resources needed to do their fantastic job.
Social Share
5 Comments