News from the Field: The First Chicks

On the 5th July the first eggs began to pip, 5 days on and we have 14 chicks so far! 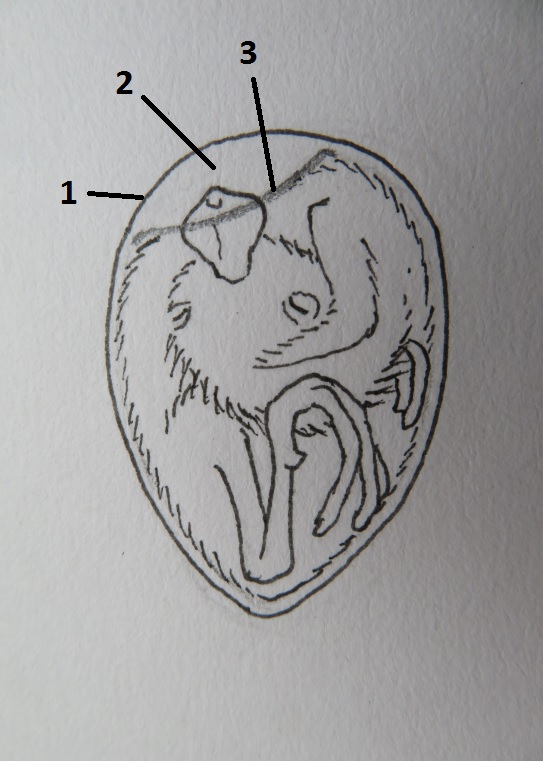 1. Shell 2. Airspace 3. Internal membrane. How does a Spoonie fit into an egg?

The eggs are weighed regularly throughout incubation to track their progress but as due date approaches they are checked carefully for the first signs of hatching. At around 19 days of incubation the developing chick needs more oxygen than what it is receiving through the egg shell. It begins to move and with its beak pushes through the internal membrane to the air space within the egg to take its first breath.

Sometime after it gathers the strength to make the first tiny break in the shell. The chick at this point is pretty well exhausted. It can take another 3 or 4 days for it to fully release itself from the shell. During this time it is absorbing the last of the yolk that’s kept it nourished through incubation. It has also taken in some of the calcium from the egg shell itself to use within its body and also making it easier to break through.

Once we can see the external pip the whole clutch is moved to the ‘Hatcher’. This is because they now require a slightly different set of conditions to hatch successfully. The temperature is reduced fractionally and the humidity increased. When the chicks hatch they are given a colour ring so we can tell them apart, then they are put in a ‘Dryer’ where the temperature is reduced fractionally again and the humidity significantly lower. 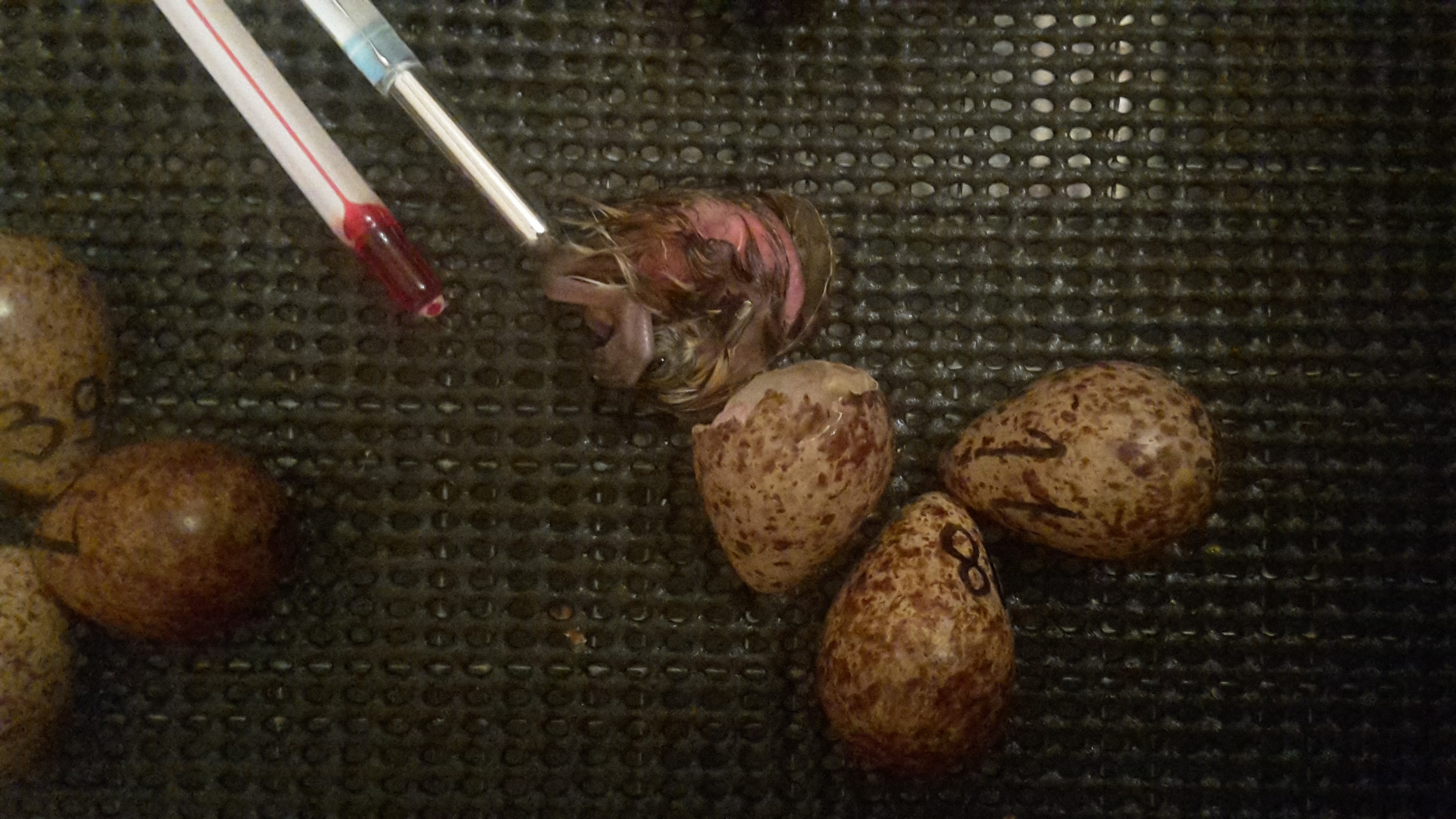 Newly hatched chick ready for weighing and colour ringing before being put in the ‘Dryer’. Photo by Jodie Clements.

Once dry the chicks are moved to a ‘Brooder’. Before being moved the are fitted with an additional metal ring and a white engraved leg flag. These are put on early in the birds life to ensure they acclimatise to them quickly. 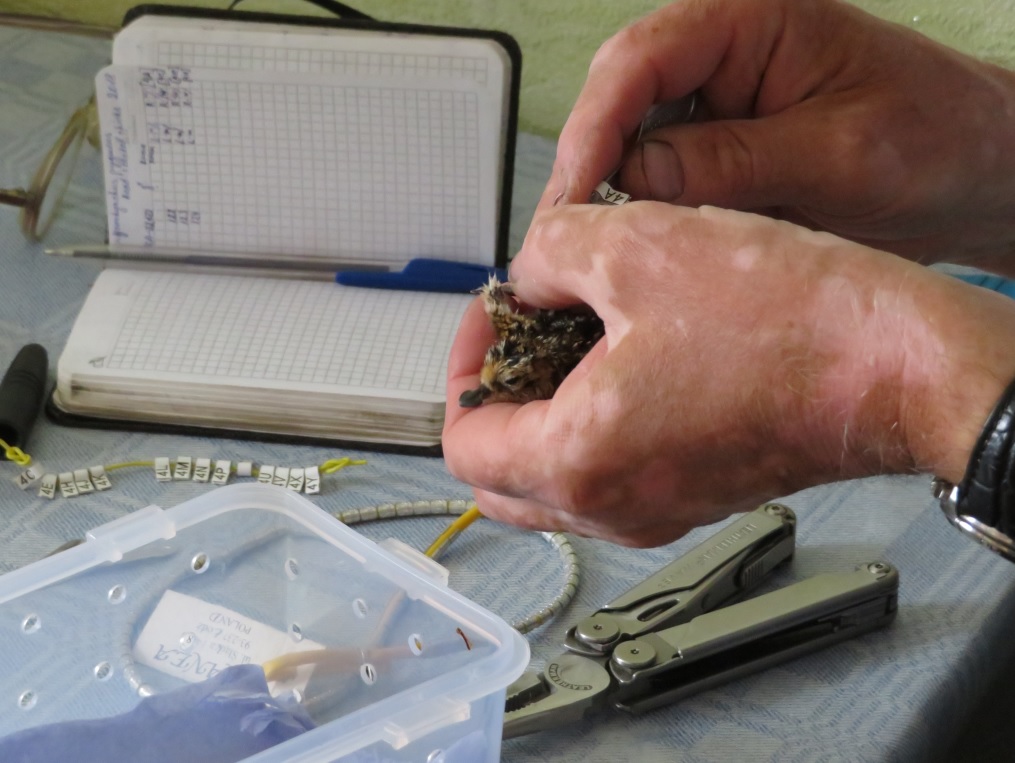 Pavel fitting a leg flag to newly dubbed ‘4A’. Photo by Jodie Clements. 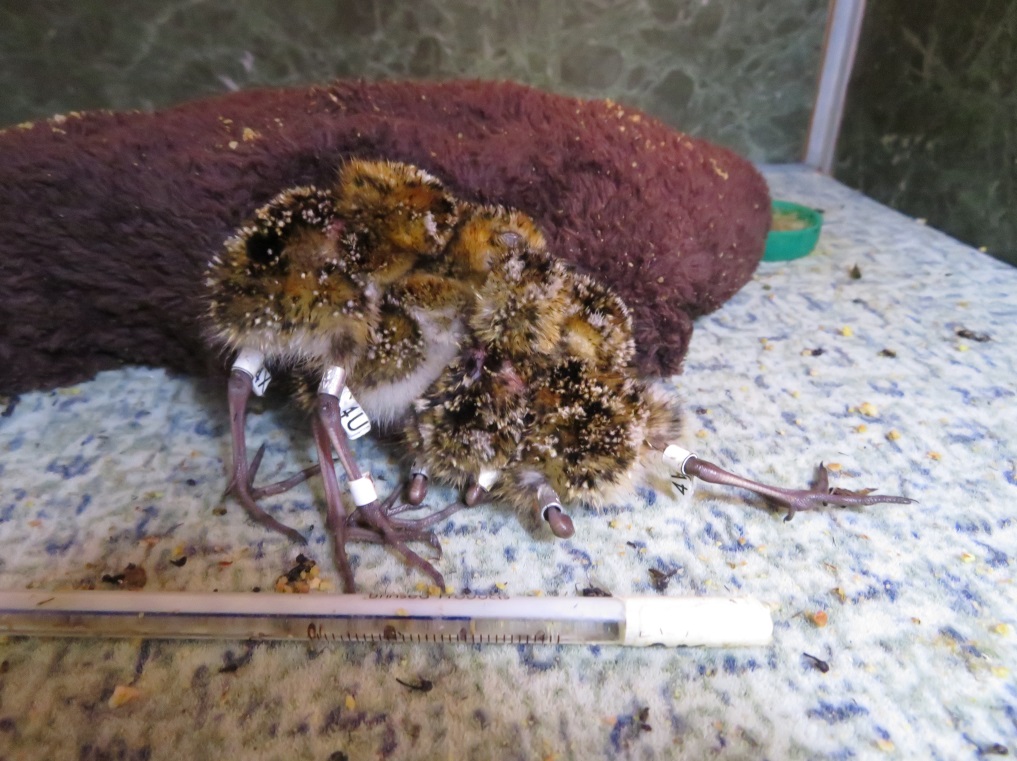 Very sleepy chicks in their ‘Brooder’. Photo by Jodie Clements.

In other Spoonie news 3 satellite tags have been deployed to 3 males. These tiny tags are solar powered and designed to drop off when the birds moult into their winter plumage on their staging grounds in China. We are hoping they may lead us to previously unknown staging sites on their way south from Meinypil’gyno. 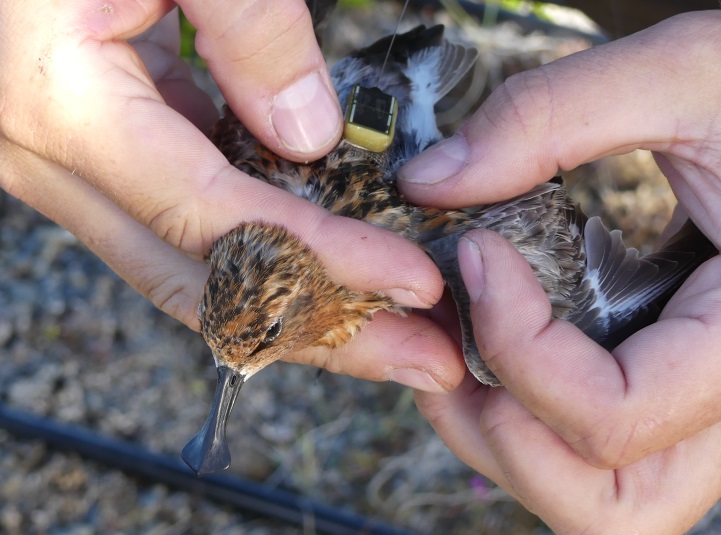 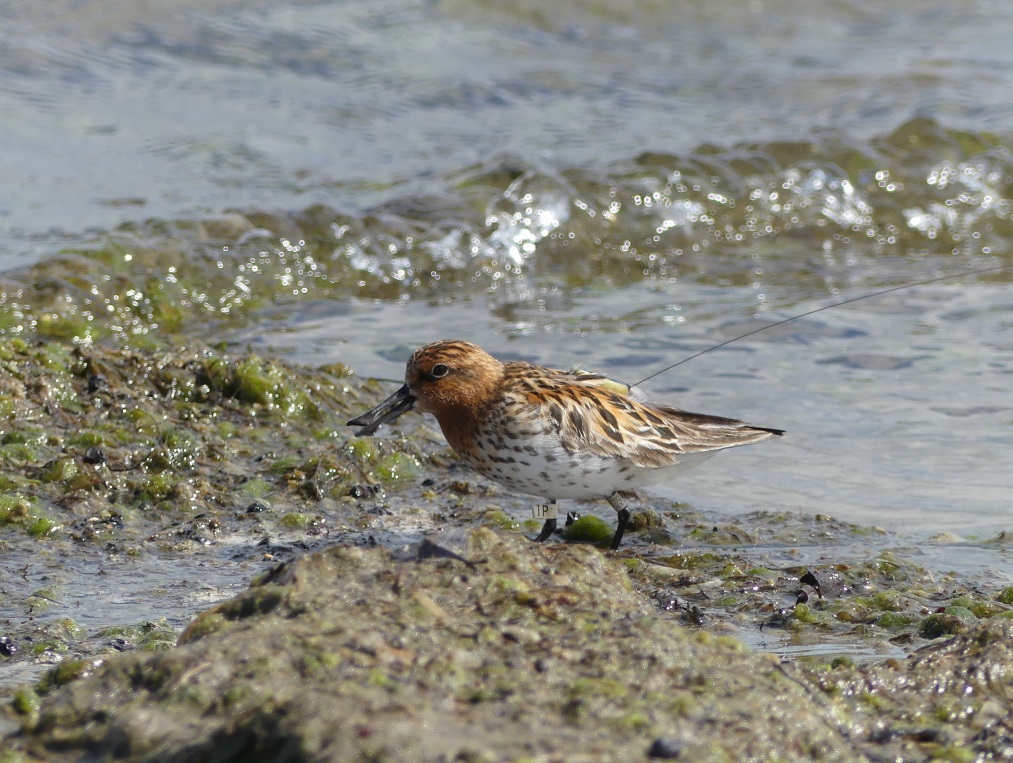 1P spotted a few days after being fitted with a satellite tag. Photo by Chris Kelly.

Written on the 10th July.