News from the Field: The First Eggs

The first few eggs are safe in the incubator, but the search for more nesting pairs continues…

Finding Spoon-billed Sandpiper pairs has been a little tricky this year. Normally very site loyal they tend to nest in the same place every year but with the heavy flooding many birds have been displaced. The unusual amount of snow has also meant access to certain areas has been difficult or not at all possible. Though the weather has been mostly warm and sunny, melting the snow quickly, it is only contributing to the flooding. With the river mouth still closed the water level is now higher than the sea! 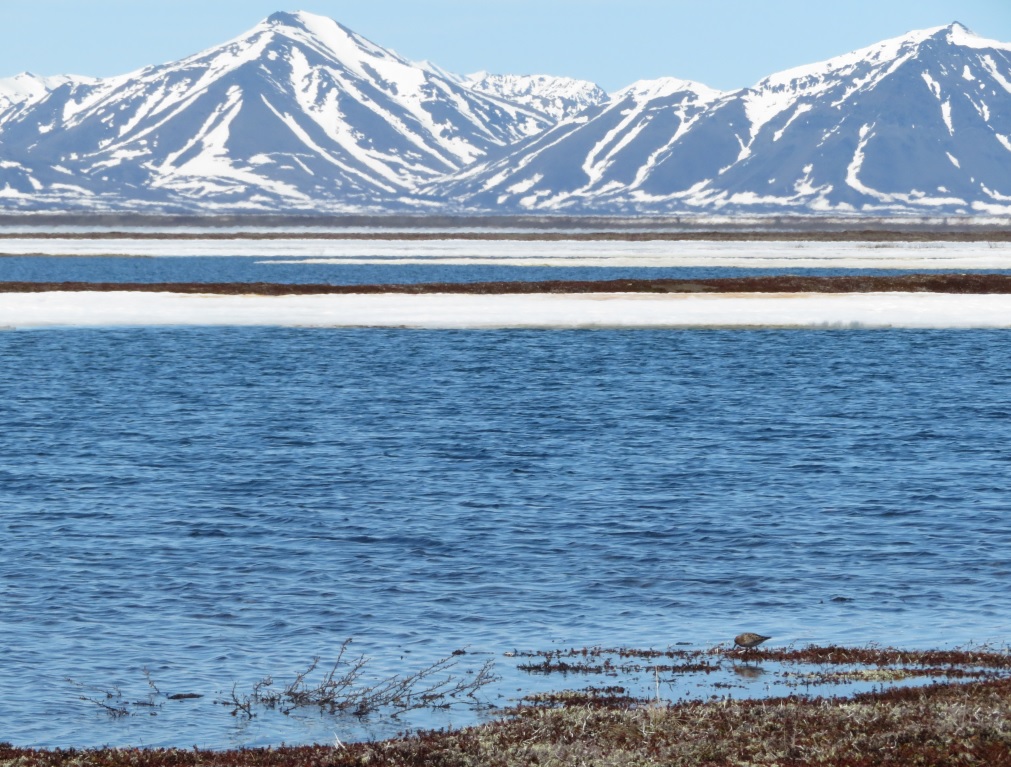 In 2011 Meina experienced similar flooding and pairs were found further East than usual. A trip was made to this location recently but no pairs were found at this time. There were plenty of White-fronted goose nests as well as a clutch of 6 Emperor Goose eggs. Another trip may be made here in the in the coming days and a trip further West is on the agenda too. 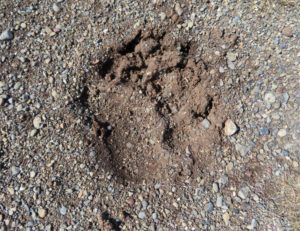 Plenty of evidence of Bears around too! No close encounters yet.. 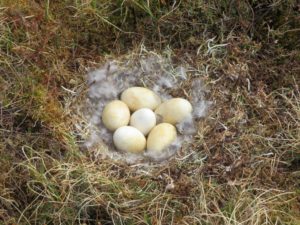 On a lighter note! To date around 10 pairs have been found in the areas we have been able to search. During the searches paired males have been observed performing song flights, nest scraping, and defending territories/females from other males. 3 headstarted birds have also been spotted, P1, A7 and 1X.

3 active nests have been found so far with the first egg found on the 14th June. It was collected the same day and replaced with a dummy. Each egg was collected fresh and replaced with a dummy in this way until she laid a full clutch of 4. Eggs are best transported as fresh as possible, those that have been partially incubated are more susceptible to vibration during transportation. We currently have 11 eggs in the incubator, carefully collected and processed (weighed and measured) by Nickolay and Ivan over the last few days. This time last year most clutches had already been collected with more established pairs found around Meinypil’gyno. There are still a few more places left to search so there is still hope we will reach our full quota of eggs this year. 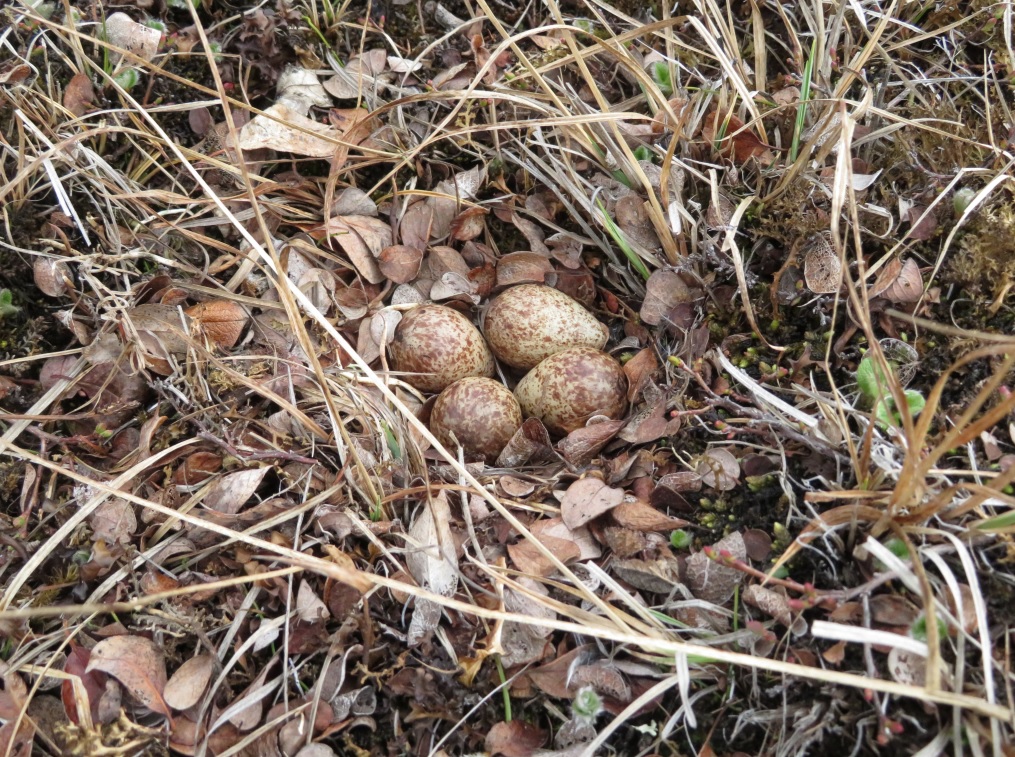 A full clutch of Spoonie eggs, waiting for collection. Photo by Jodie Clements.

As I write we are waiting at the rearing house for the call that more eggs have been located!
Stayed tuned for more updates soon.

One of the exciting additional perks to our fieldwork on Spoonies has been the other species we encounter each day as we survey the core areas for breeding pairs and look for nests of the Spoon-billed sandpiper.

We are seeing a wide range of species which are either new to us all or which are unfamiliar as breeding species back home in the UK. Being able to see these species up close and in their breeding habitats learning more about their breeding biology has been fascinating and a real privilege.

It has been wonderful to hear the sound of Sandhill cranes and the haunting calls of Pacific diver echoing around us and across the beautiful wide open tundra landscapes we have been surveying each day for the last two weeks. Their calls make for a wonderful soundscape to our work each day. 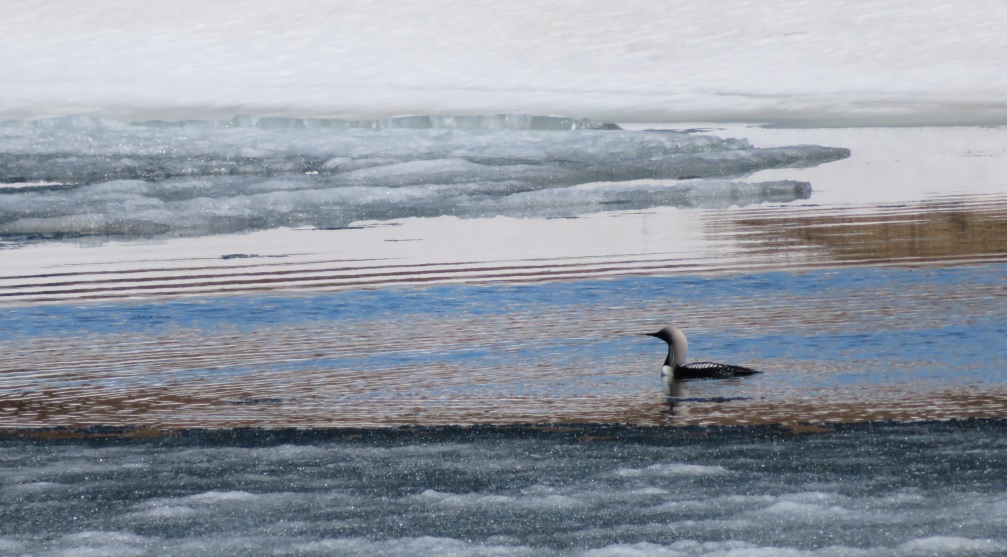 We are regularly seeing the rare Emperor goose, which is a globally restricted species a breeding only along the Bering Sea coast in Chukotka and western Alaska. 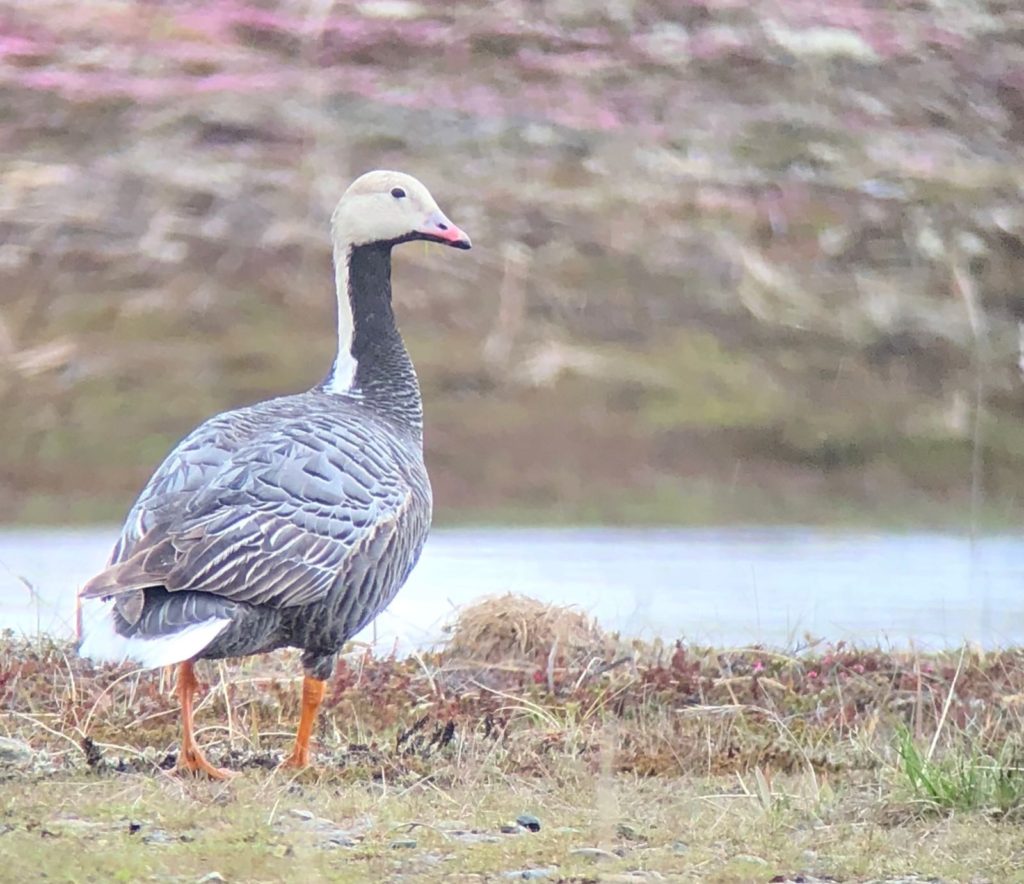 Waders are well represented too and we are finding Red-necked stints, Dunlin, Red-necked phalaropes, Ringed, Pacific golden and Mongolian plovers all breeding in the costal habitats and tundra hills we survey each day. 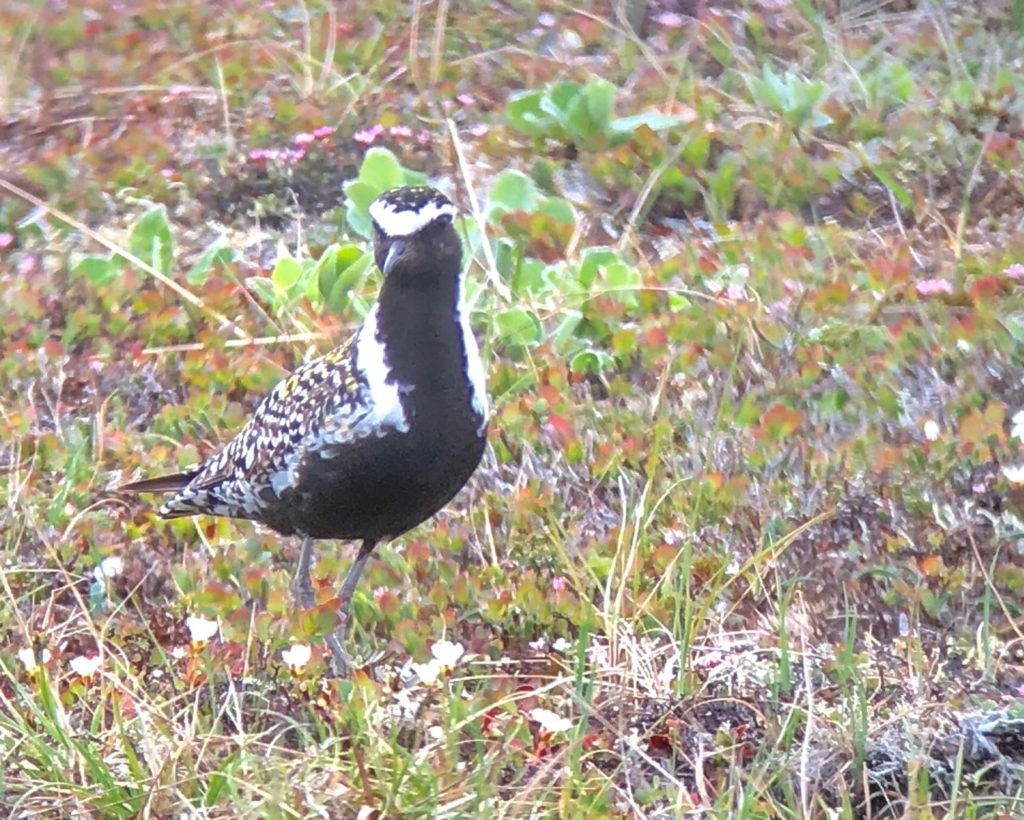 Passerines such as Red-throated pipit, Buff-bellied pipit and Lapland bunting all make the open tundra their home. It’s been strange to see Skylarks here breeding on the open tundra, a species you normally associate with farmland and grassland back home. 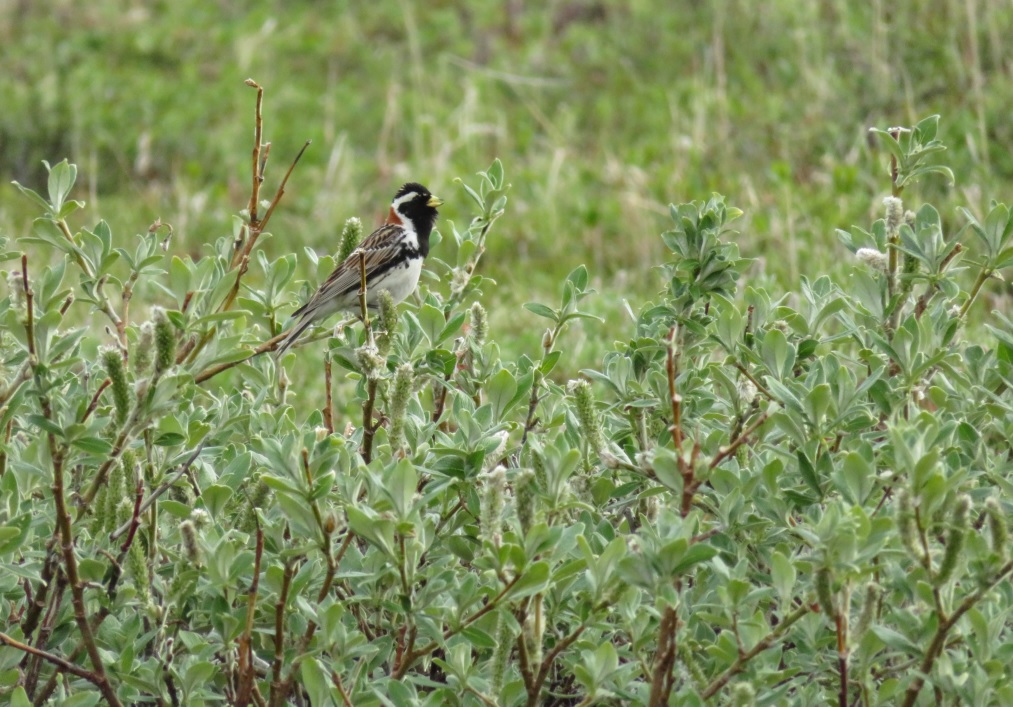 Even in the small settlement of Meina where we are staying Snow buntings are common, breeding in among the houses of the village. They seem to ‘serenade’ us each morning with their friendly song as we go for breakfast and before we start our field work! 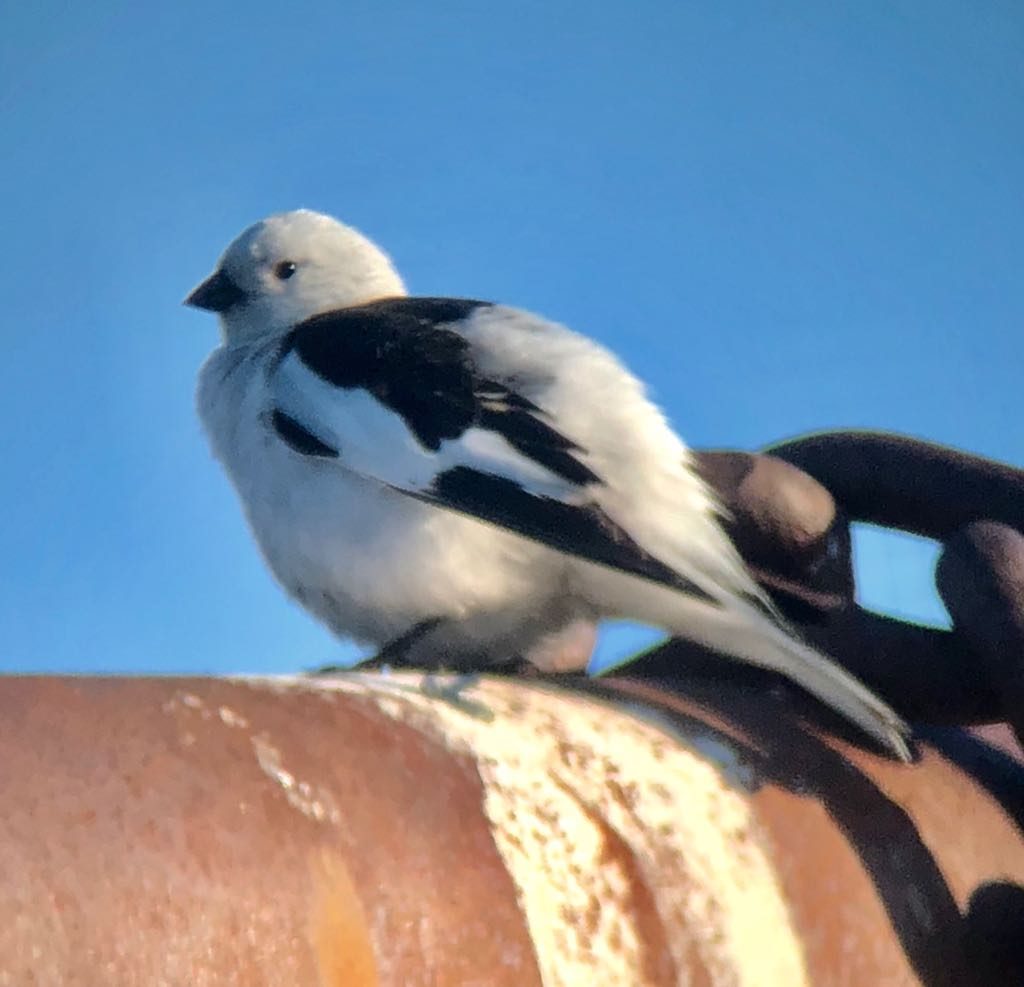