News from the Field: Onto the Release Pen!

A lot has happened since the last update on the 19th July. Here’s the story so far… 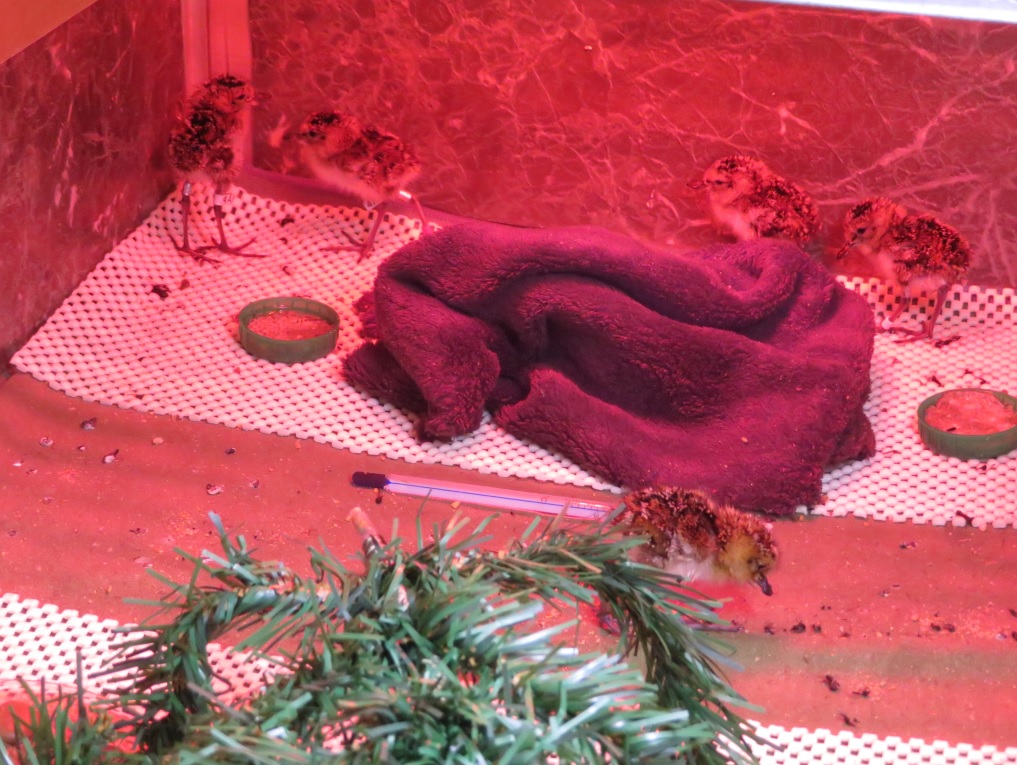 Chicks under the heat lamp in their Brooder. Photo by Jodie Clements.

By the 12 July all those that were able to hatch had done so. In the first 24/48 hours of a chick’s life it gets nourishment from the remaining yolk inside its body. This gives the chicks time to dry and rest before having to venture out and find food and water. As the chicks become active we move them in groups of 4 or 5 according to age and strength from the ‘Dryer’ to the ‘Brooders’. It was clear early on that 2 chicks were noticeably weak for their age. Though it was touch-and-go at times with some TLC, high energy supplement and careful monitoring they soon joined their brood-mates. 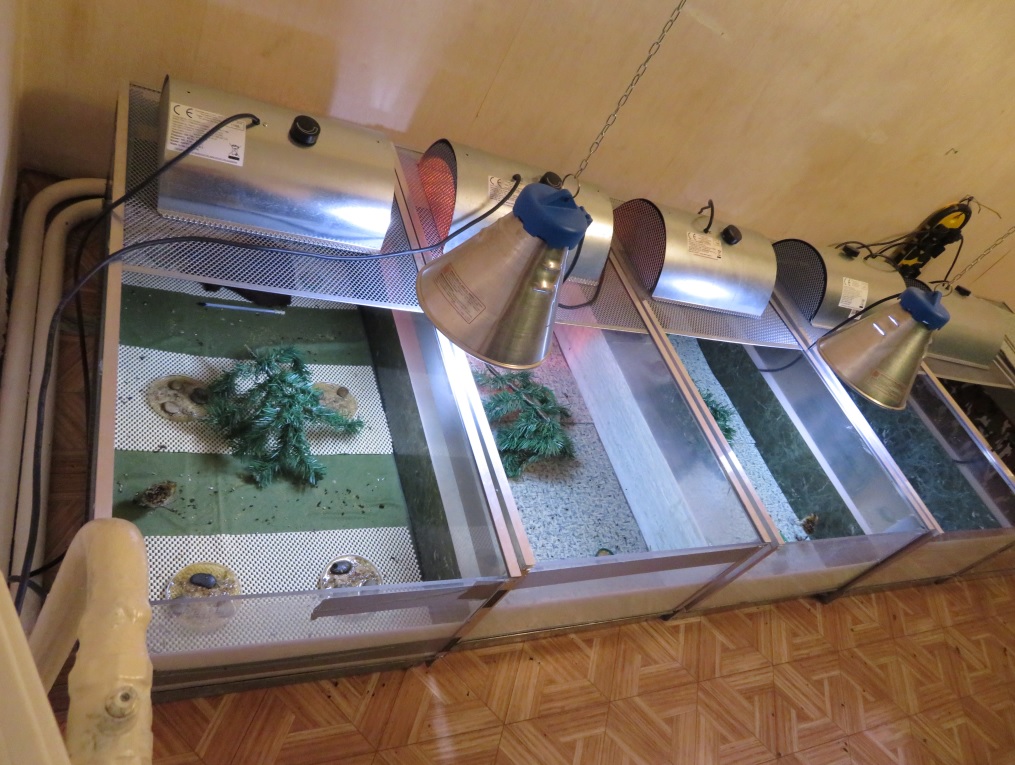 The Brooders. Photo by Jodie Clements.

The chicks are initially fed a pellet diet made especially for waders and insect protein mix, all crushed up and served in small dishes of water. Around the brooder we also sprinkle mosquitoes (fortunately the tundra is full of them!) and dry insect mix. These contrasting colours on the brooder floor stimulates them to peck and eat. Spoon-billed sandpipers are precocial birds which means they hatch well developed with the ability to feed themselves. At around 3 days old they are also given live aquatic invertebrates, mostly Daphnia. The movement of these also stimulates them to feed and marks the start of their ‘training’ to being totally independent. During the indoor rearing phase the chicks are monitored regularly and the food dishes changed every 3 hours, day and night. Ivan and Nickolay take most shifts, all between building the release pen, catching Daphnia and mosquitoes! Absolute heros. 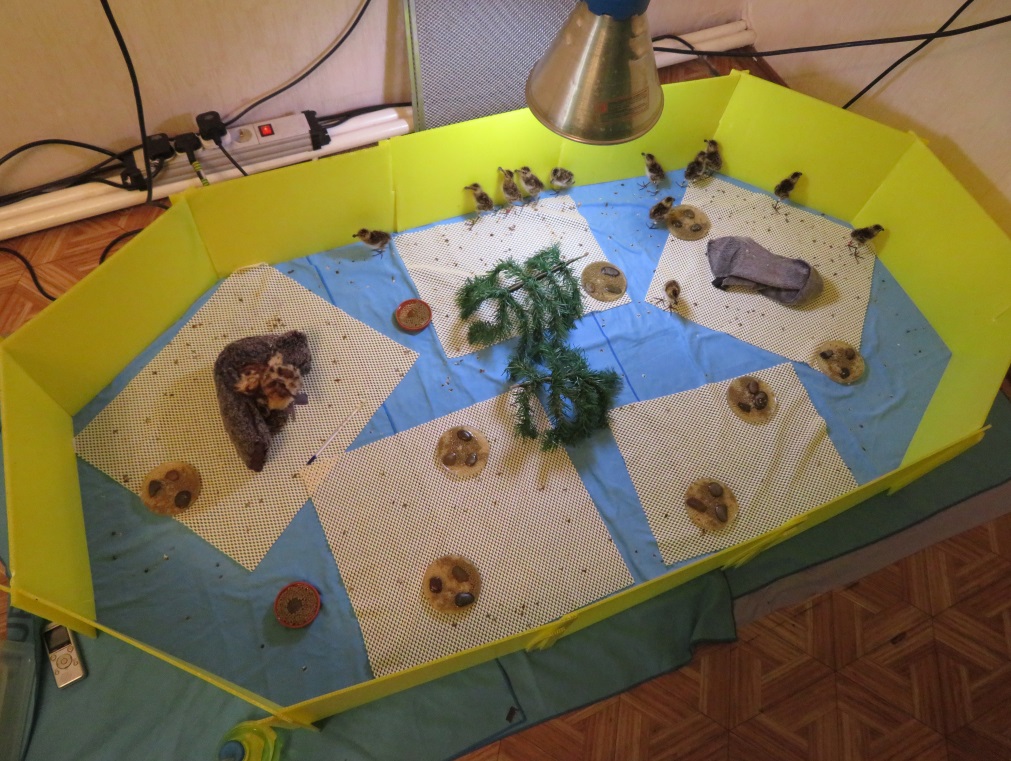 At around 5 days they graduate to a slightly bigger area where multiple groups can be put together. Photo by Jodie Clements.

Each day the temperature is decreased and less food is crushed until around 7 days old they are moved to the release pen. At first they are put into small coops with heat lamps until they adjust to their new climate. Soon the coop door is opened giving them access to a small corral. Each day the corral is made slightly bigger until two groups merge into one. Finally the corrals are removed giving them all access to the entire release pen. 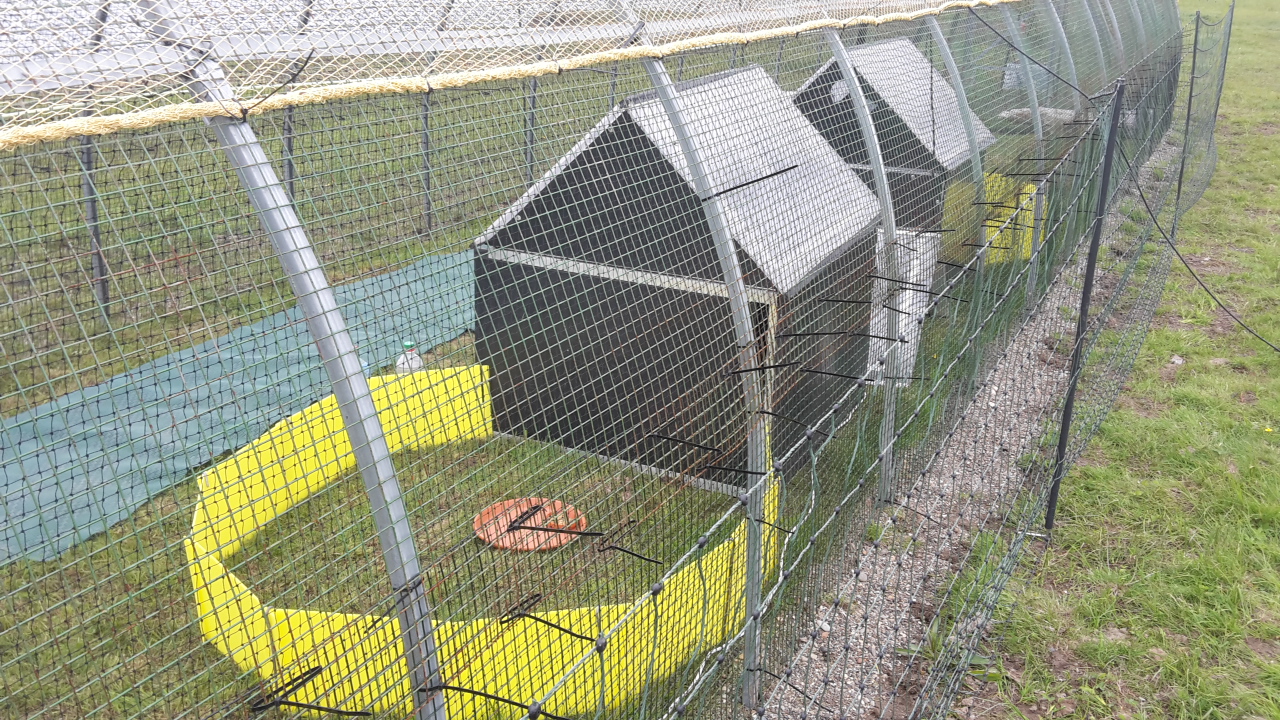 Coops with corrals in the release pen. Photo by Jodie Clements. 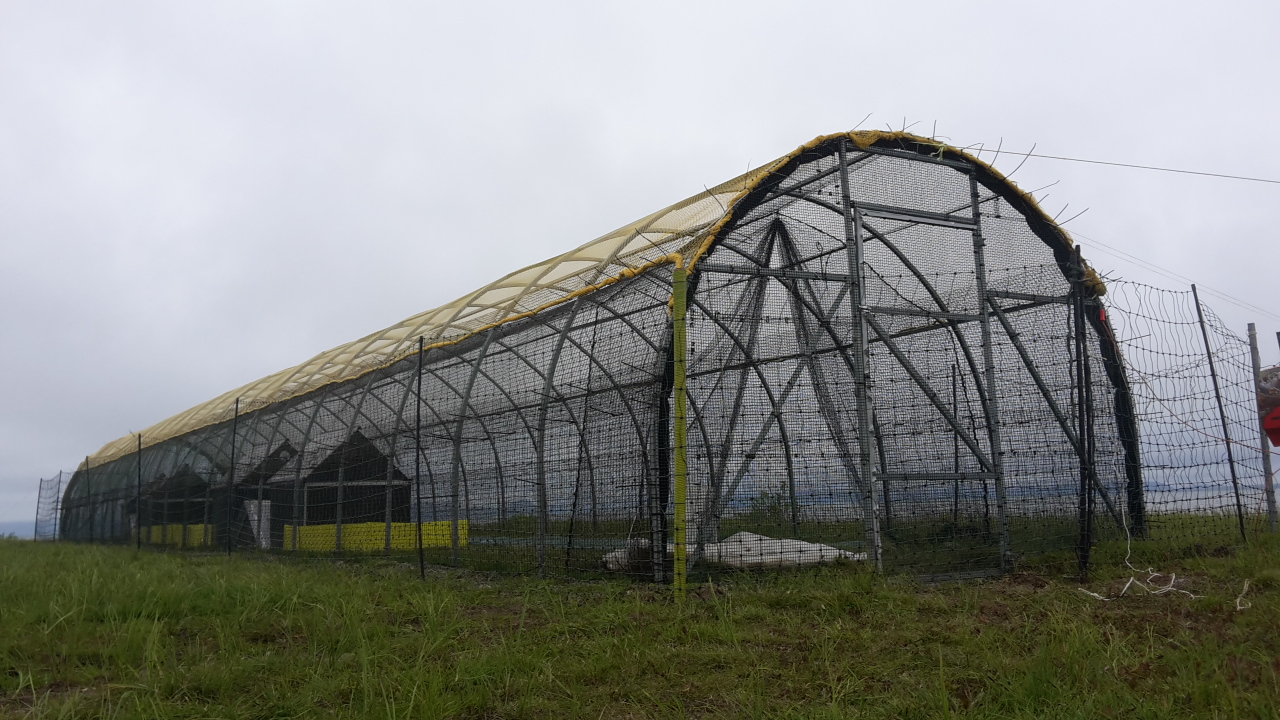 The youngest birds are now 15 days old. Most of the downy feathers they began with have now been replaced with juvenile plumage. Their bodies are now more proportionate to their legs and the bill has elongated much resembling the adults. 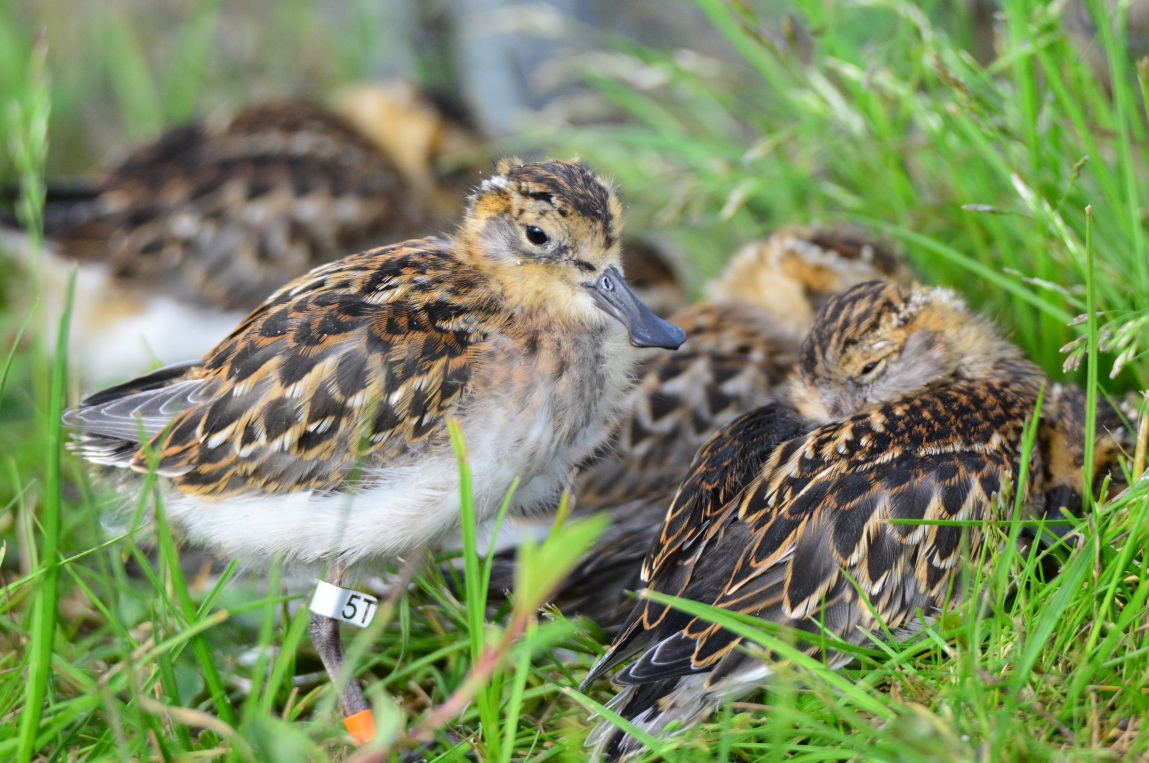 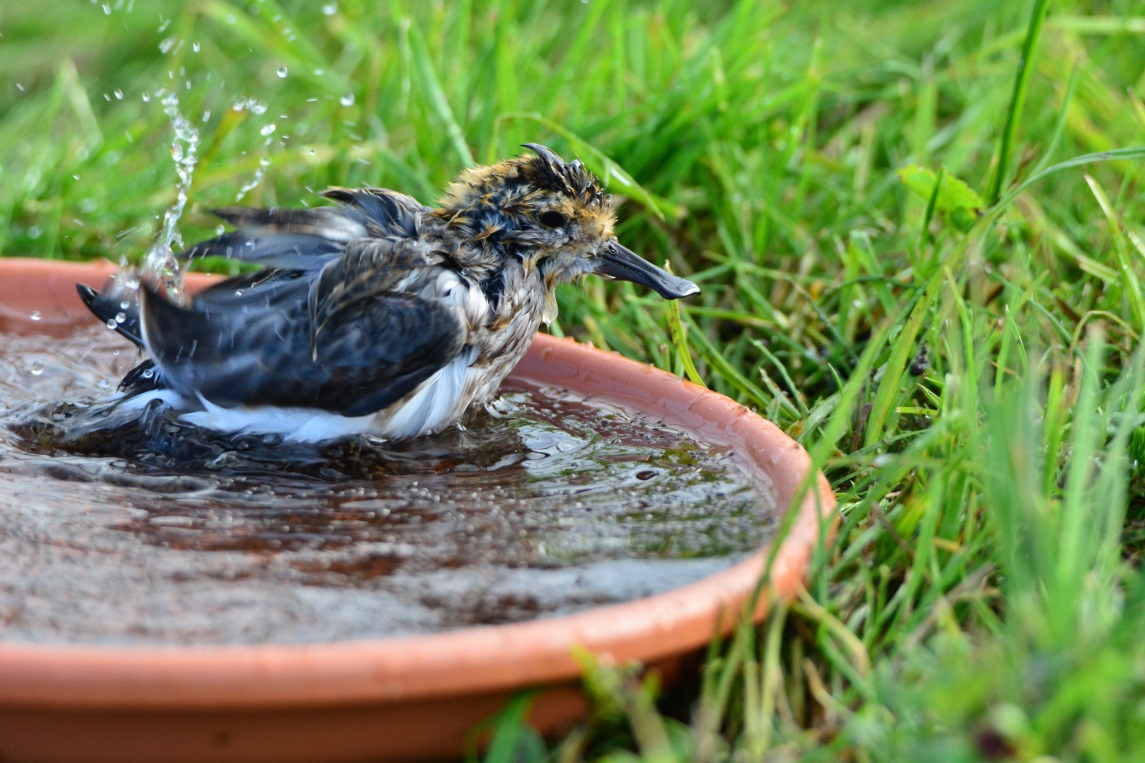 Bath time in the pen. Photo by Nikolay Yakoshev.

In other Spoonie news, the pairs who’s first clutch was collected for headstarting have now finished incubating their second! This is a good opportunity to catch and ring adults and their new broods. 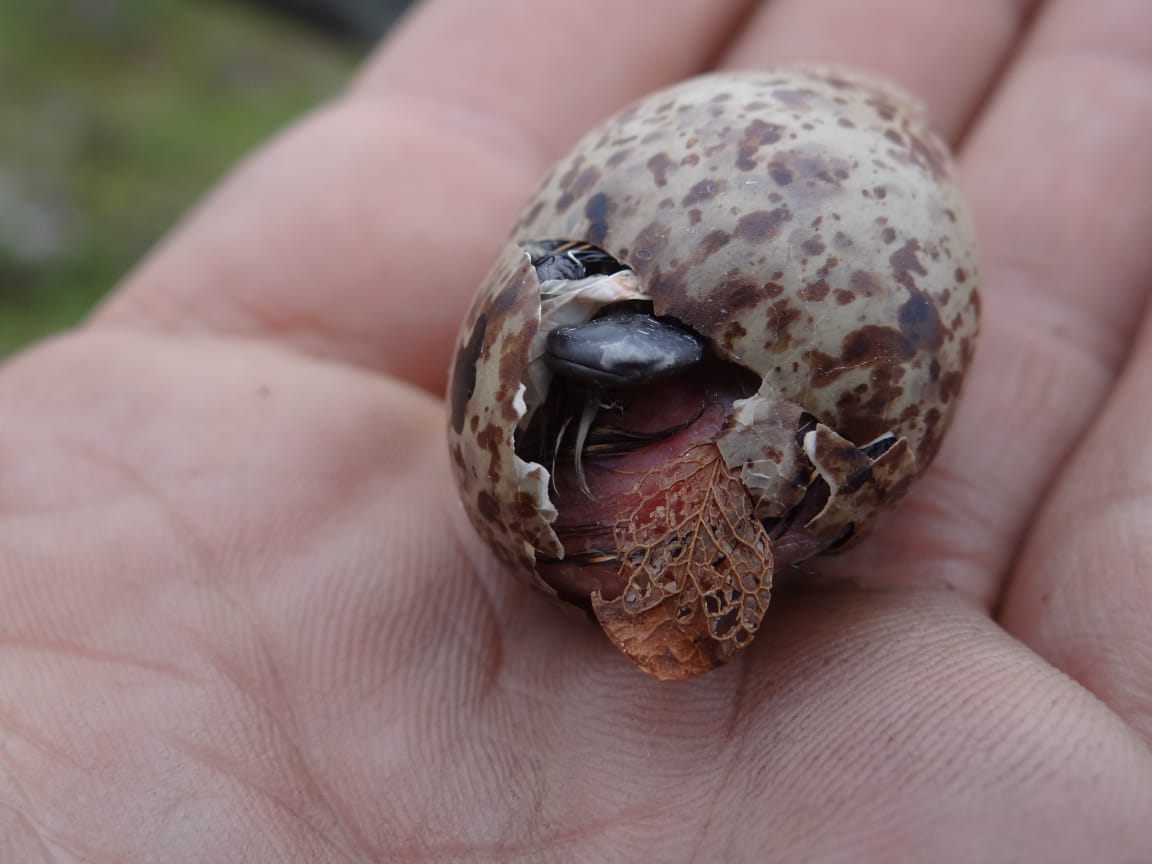 Hatching Spoonie in the field. Photo by Egor Loktionov. 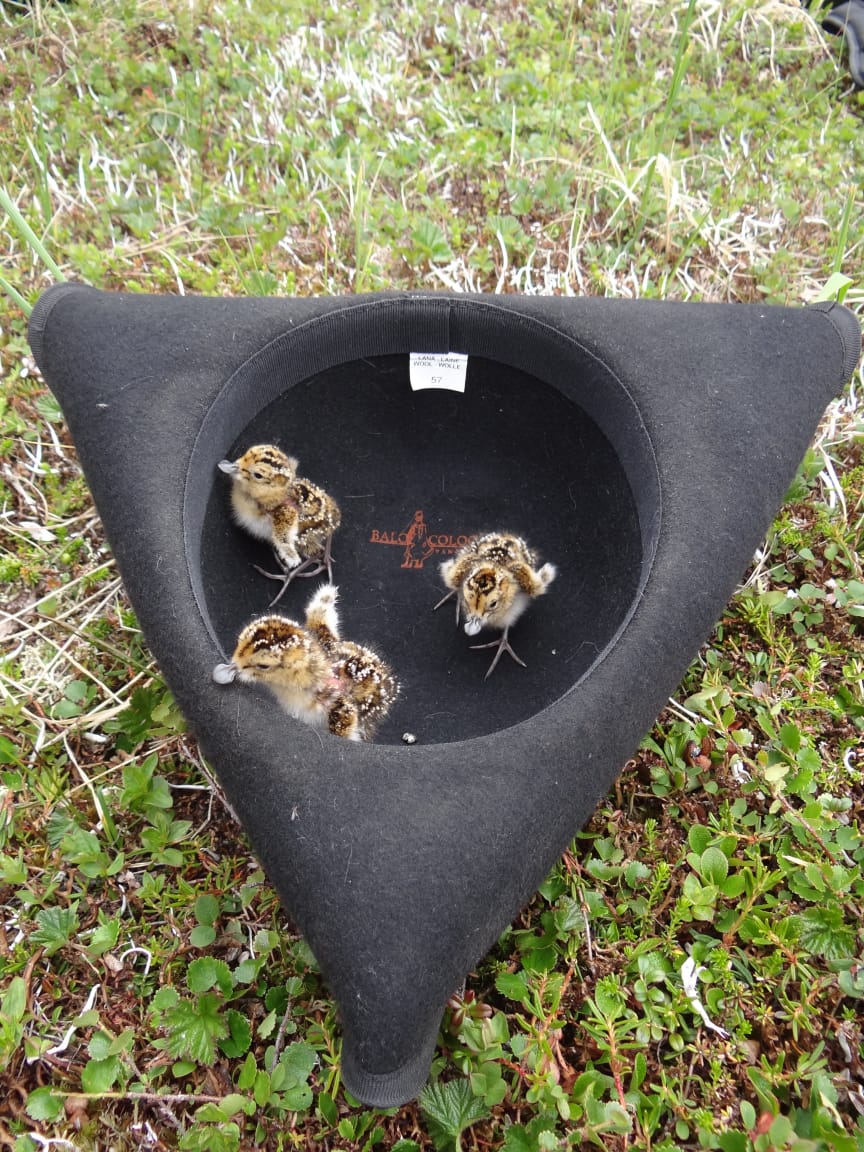 Collecting the brood. Keeping them under your hat is a particularly good way to keep them warm! Photo by Egor Loktionov. 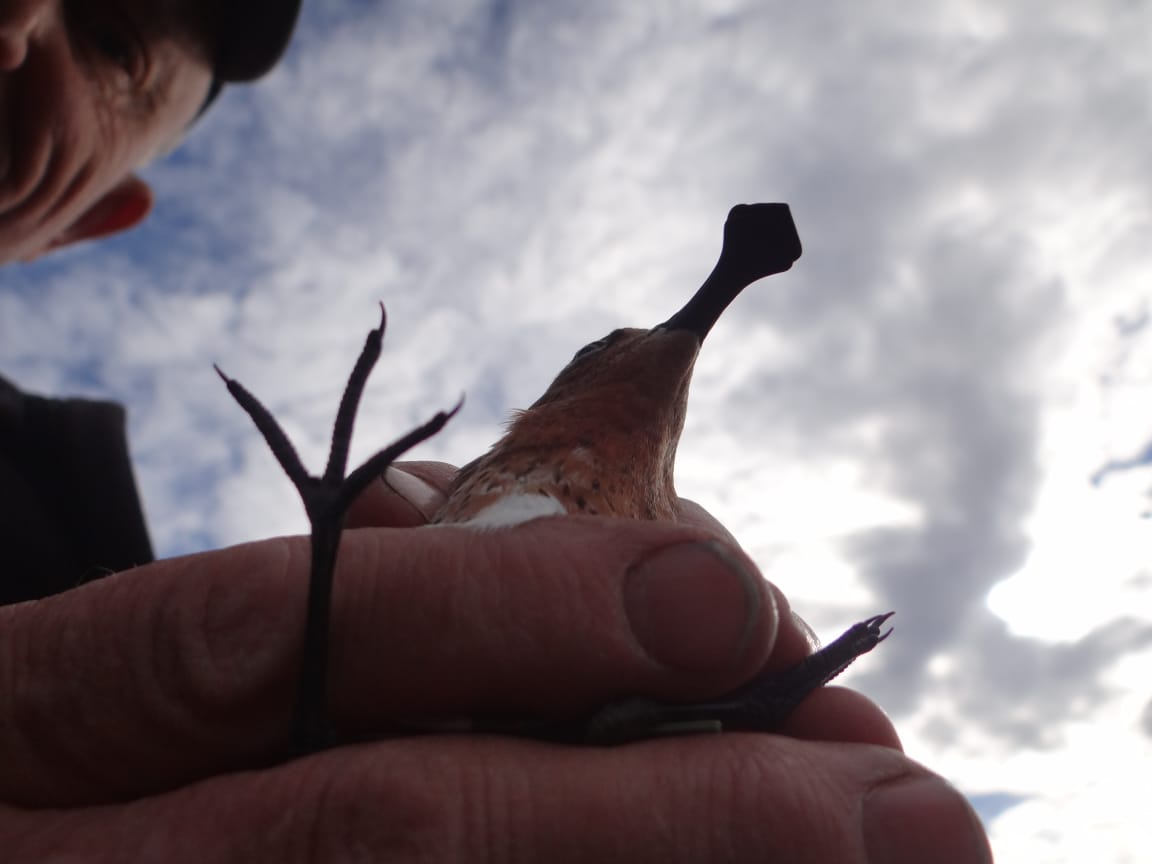 Ringed and ready for release. Photo by Egor Loktionov.

Only a few days left until release! Stay tuned for updates soon.