News from the Field: The Release

After months of planning, preparation and implementation. The moment we’ve all been waiting for… 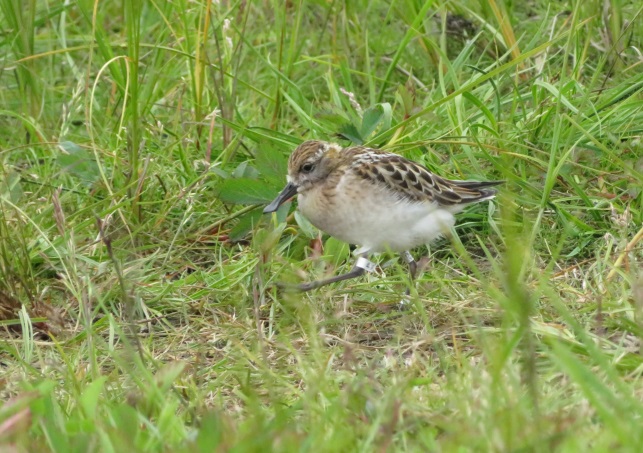 Over the last 2 weeks these precious little chicks have grown into totally independent fledgling Spoon-billed Sandpipers. They’ve learn to feed themselves, know what is good to eat, where to find it, and have been brought up in such a way they don’t associate humans with any of it. While in the care of the team, they have been conditioned to avoid predators such as dogs and Skuas through training with recordings of alarming adult Spoon-billed Sandpiper. And in the last few days they have taught themselves to fly! This is the signal that tells the team they are ready for the big wide world. 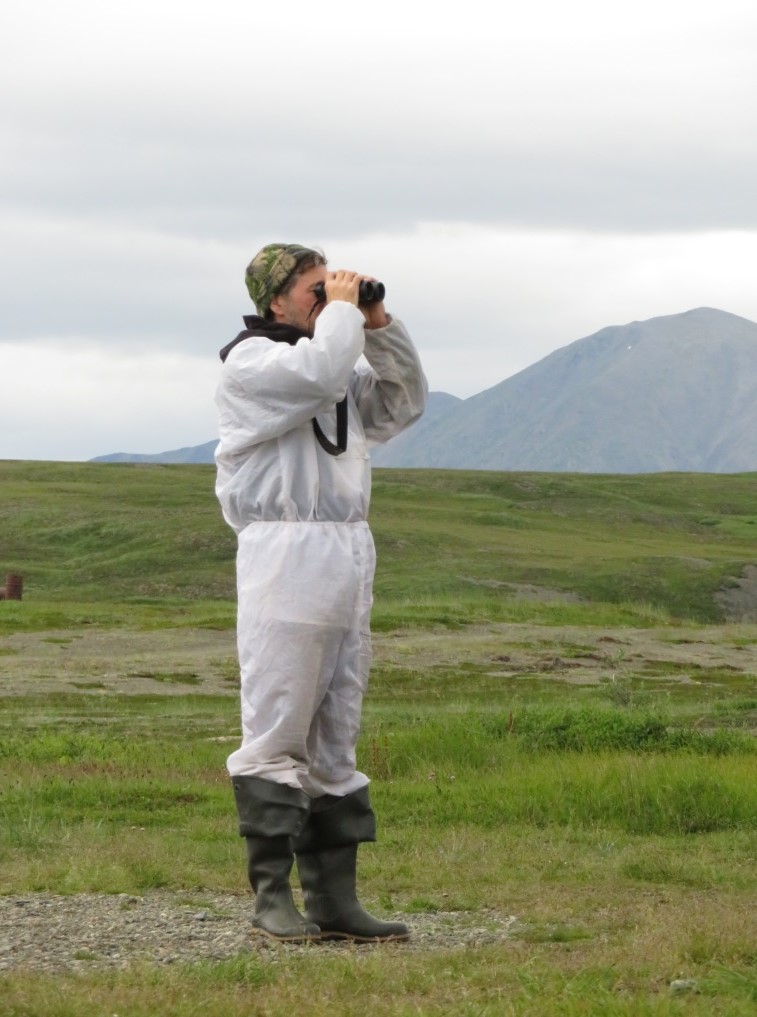 Ivan keeping an eye out for predators.

Release is also dependant on the weather, low winds and no rain is ideal. On the morning of the 31st July the sky was overcast with a light breeze from across the lake and no forecast for rain. The food dishes where taken away and placed on the outside of the pen, close to the door that would shortly be removed. Many team members were already on their homeward journey from Meinypilgyno but those that remained gathered some distance away from the pen in anticipation of the release. 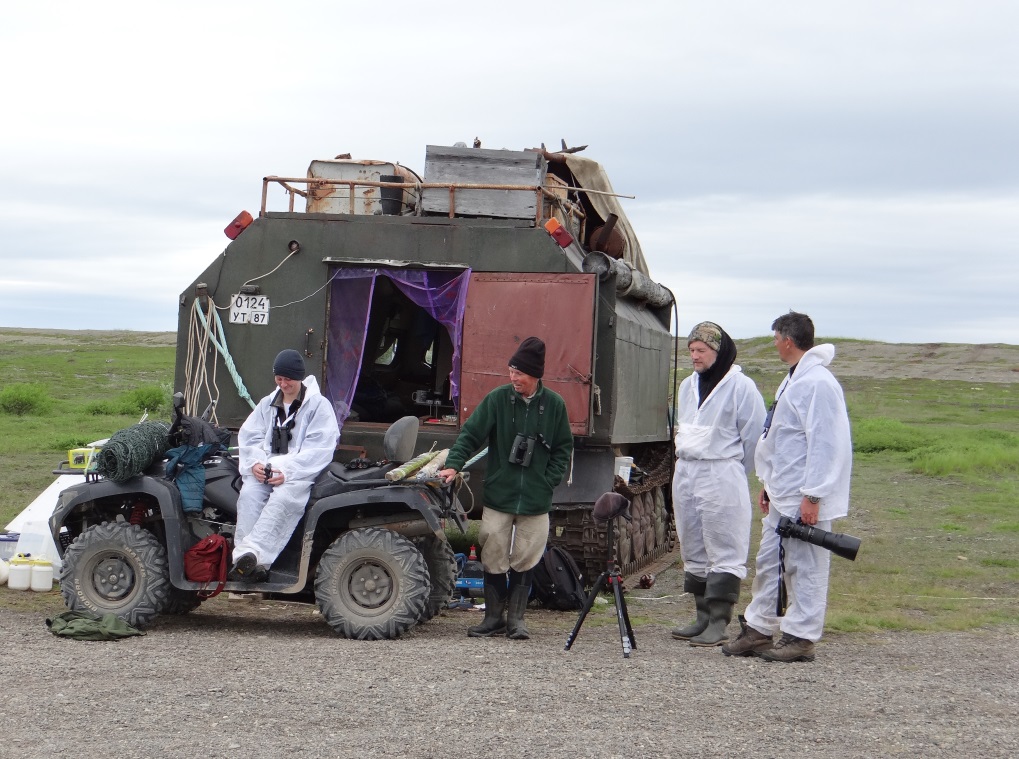 Jodie, Chris, Ivan and Nikolay gathered at the Vezdekhod. Photo by Pavel Tomkovich.

At 11:00 the door was removed and the surrounding net rolled up around the door forming a funnel out into the marsh. It didn’t take long for the first few fledglings to amble on out! They were all very relaxed and almost oblivious to the infinite amount of space they had just gained. As more made their way out the first few began exploring further afield and wandered along the lake shore. 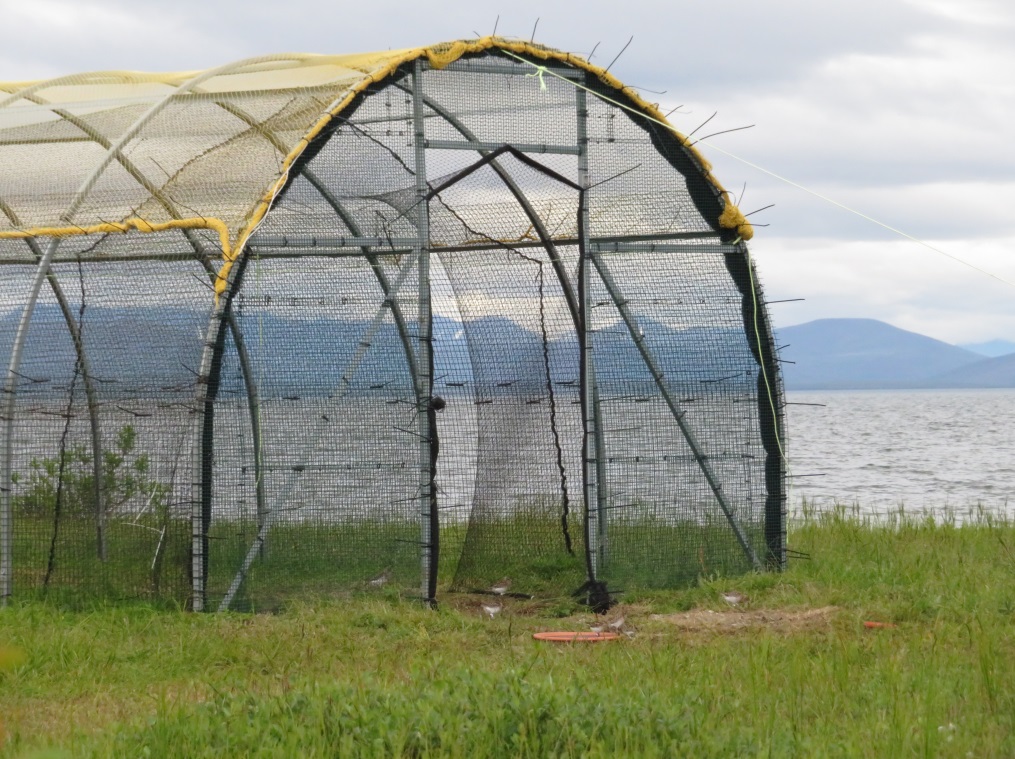 With the release pen door removed and the food dishes outside, the fledglings begin to make their way out..

The wind did pick up occasionally and we were able to witness some of their first real flights. Fortunately they were very controlled and short in distance, circling the pen and following the shore, then landing (with a little less grace) close by. Within the hour all 22 had left the pen and the door was put back in place. 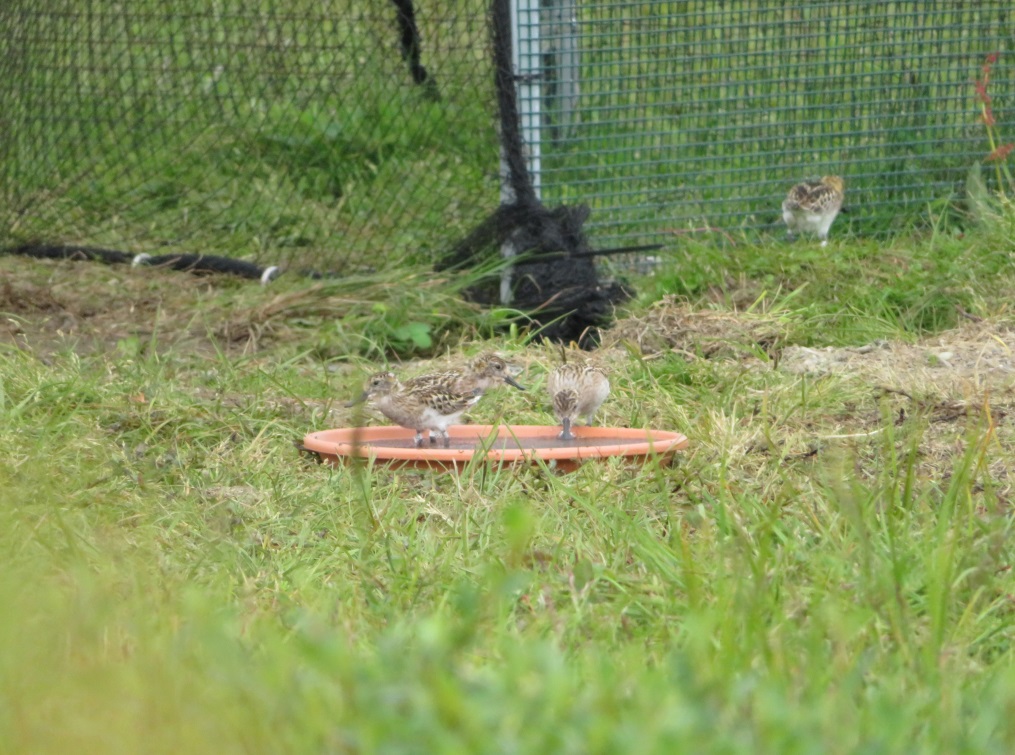 The first few making their way out!

You could see the relief wash over the team as they took a step back and just admired the birds and a job well done. Seeing them running around foraging on the marsh completely independent was such a satisfying sight. It was pretty emotional knowing these birds are on their own now after you’d seen them hatch and watch them grow until this point. You just have to remember you gave them the best head start in life they could have asked for. 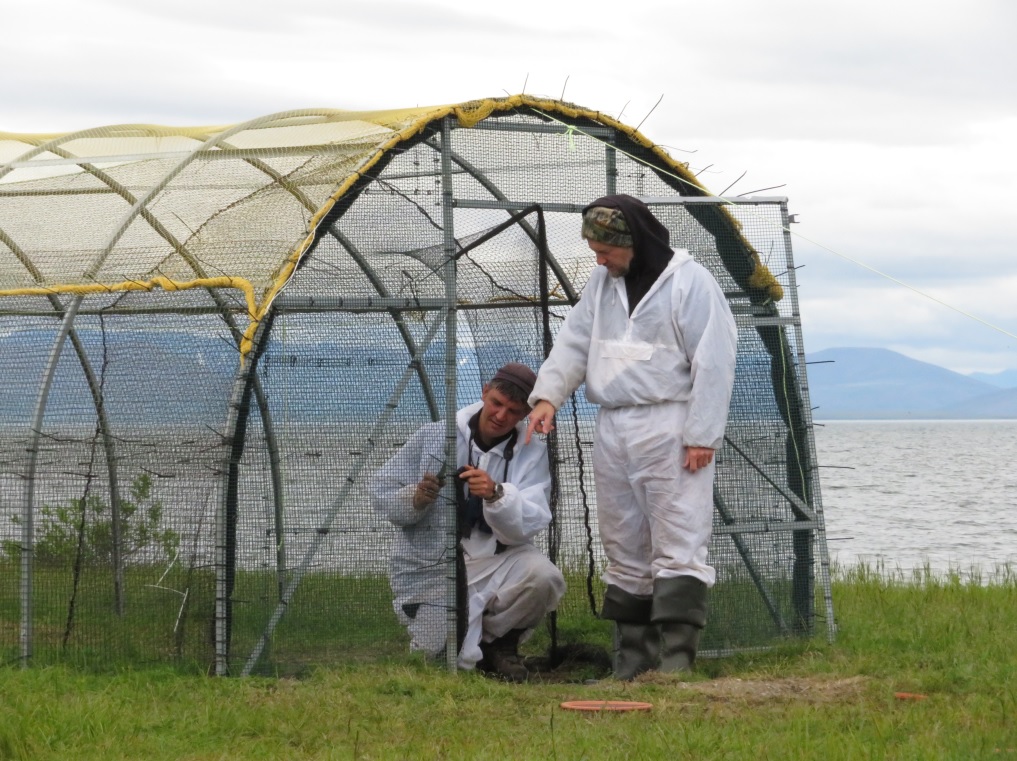 Nikolay and Ivan replacing the door now all the chicks have left.