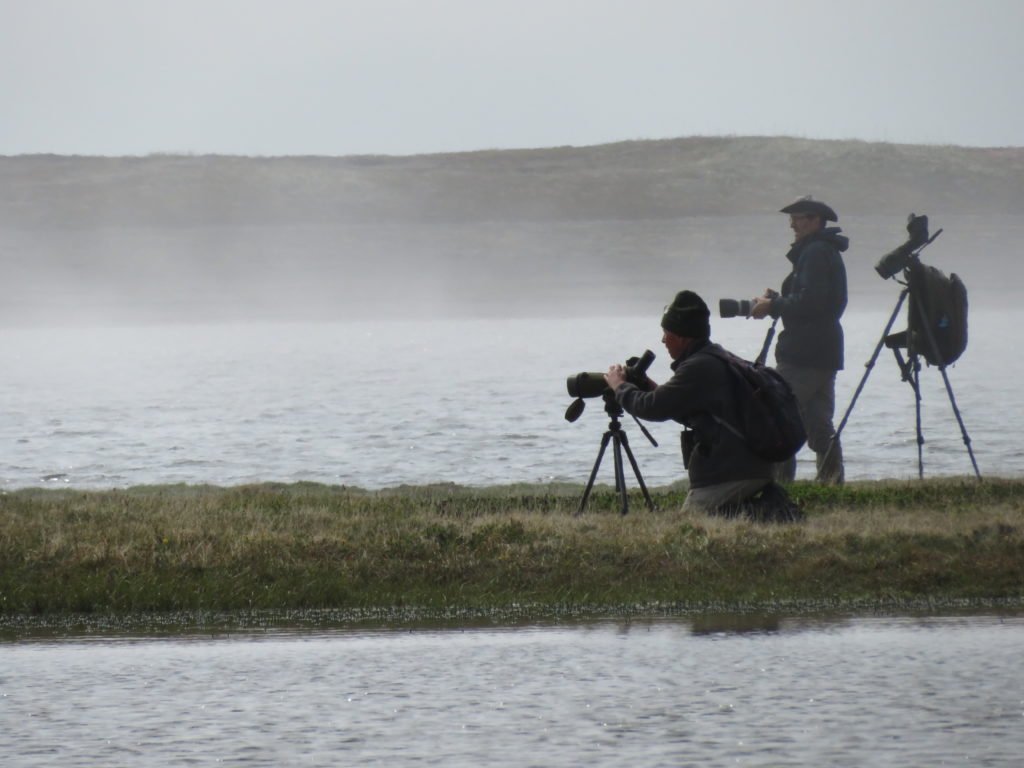 In addition to the eggs in the last post, another 4 eggs were collected. These came from K6 and his unmarked partner. This clutch was quite intriguing with the eggs appearing larger than normal, especially once put in the incubator with the others! One egg was the largest Spoon-billed Sandpiper egg any of us had seen! We even thought it could be a double yolker. The average length of the eggs collected this year is 31.9mm; this whopper measured 35.3mm!

Normally 34 eggs would be adequate given the release pen has a maximum capacity of 32 chicks. However, one clutch when collected could have been abandoned and might not develop. It was initially found at ‘Kerzhak Camp’, 3 eggs well-tended by a 2014 headstarted bird formally known as ‘Pink Left’, though this year he’s lost his pink ring and now only has a metal ring. Fortunately we could read the ring number from photographs so we were able to identify him! When the headstarting team arrived a few days later, in hope of a full clutch, they found just 3 cold eggs and no sign of the parents. As they would only have been predated if left there, the eggs were collected. It’s common practice in aviculture to store eggs in cooler temperatures before incubating them, to synchronise hatching for example. The tundra can usually be relied on for cool temps so there was some hope at least. 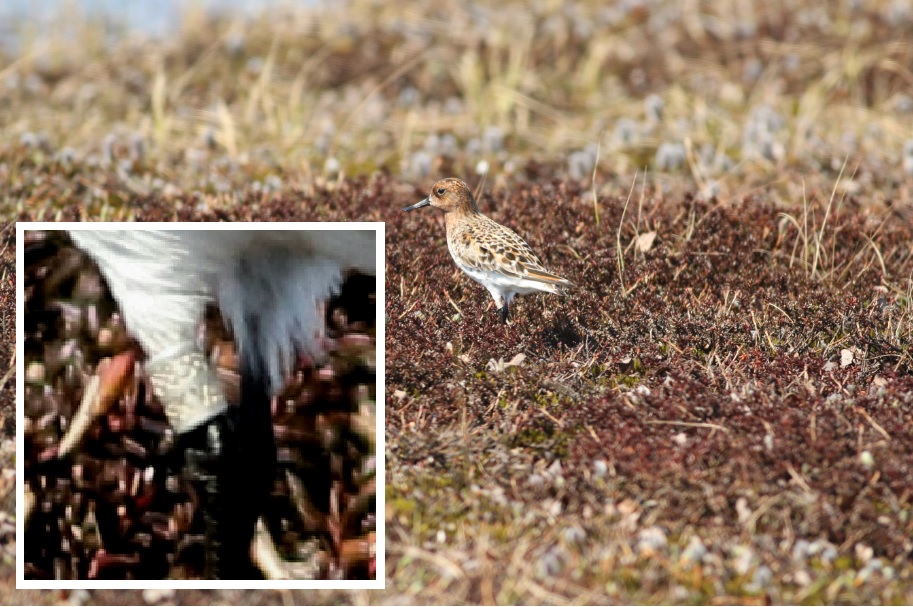 Pink left no longer! His Ring number is KS18838, just about visible in the photo. Photo by Tong Mu.

Construction of the release aviary began in mid June. As the river mouth remained open this winter the lack of flooding meant the pen could be put up a little earlier during the good weather. The main frame will be erected first with the soft netting left until needed, in case a curious bear happens to come across it… much like this one took a fancy to the quad! When not distracted by bears, the field team are keeping busy locating second clutches from the Spoonies, and looking out for secretive pairs yet to be found. 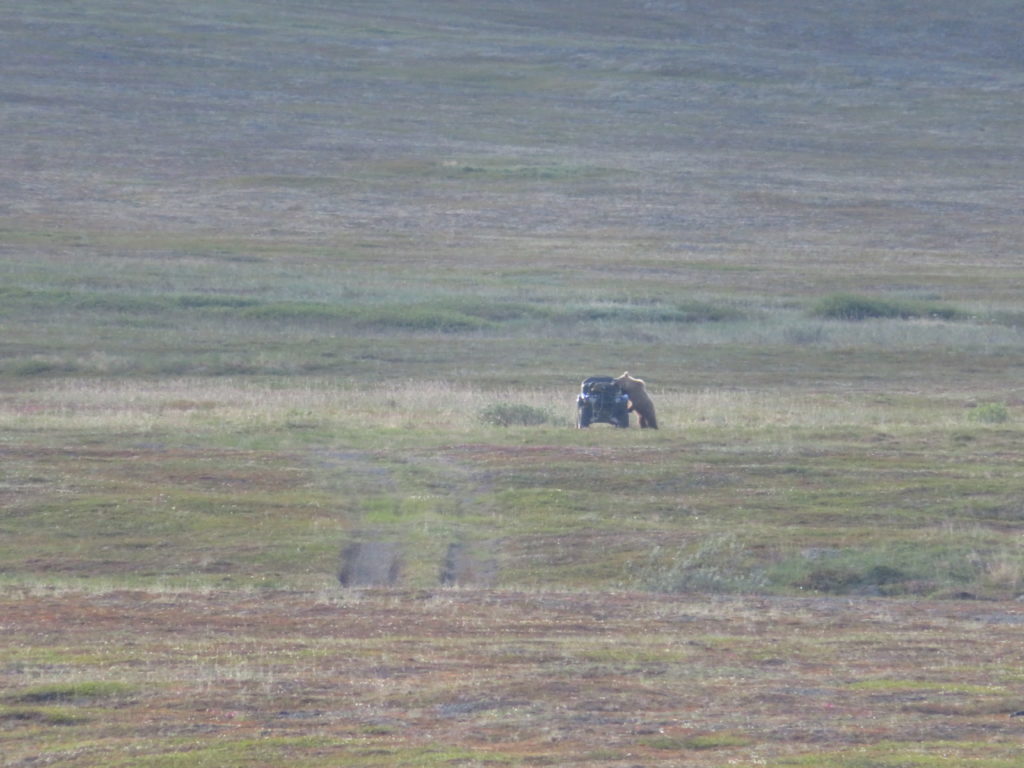 This young bear takes advantage of an unattended quadbike… fortunately all he left was drool! 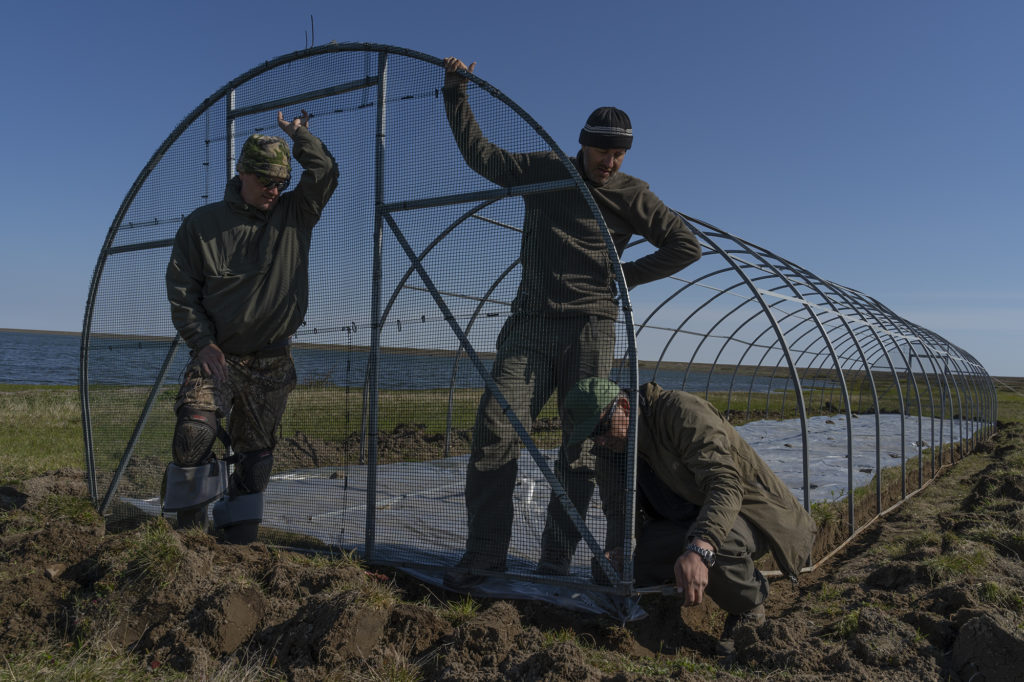 The beginnings of the release pen. Photo by Julia Darkova.