News from the field: Collection Complete

After a slow start locating spoonie pairs, relentless searching (and a bit of luck) enabled us to find several more pairs and 9 clutches were collected for headstarting. The incubator now has 34 precious Spoonie eggs developing within it! 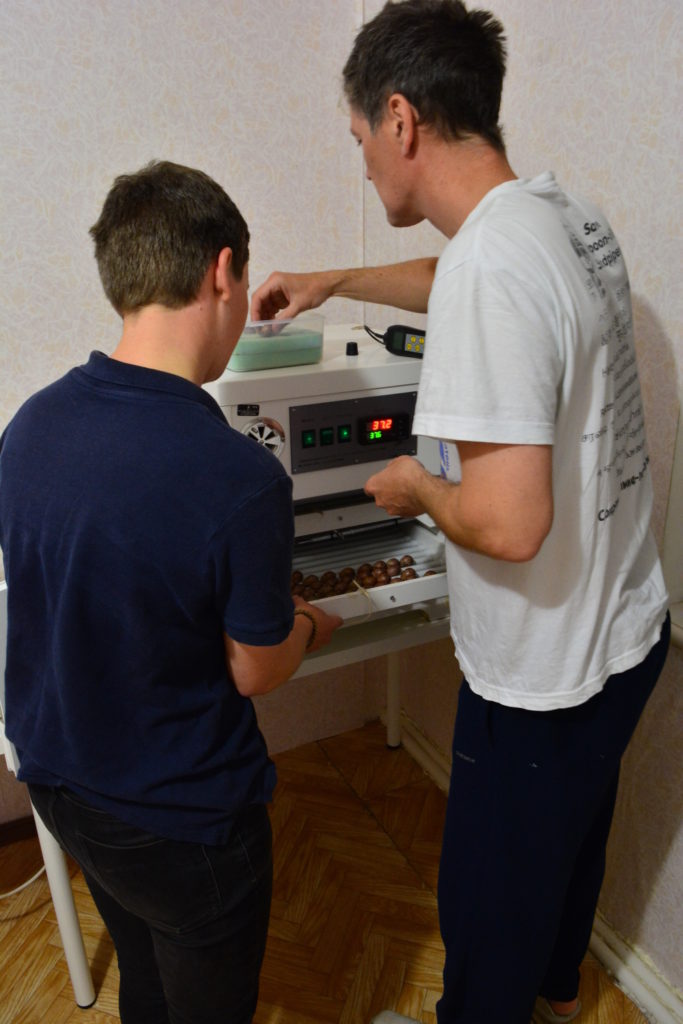 34 spoon-billed sandpiper eggs, the class of 2019. Photo by Nikolay Yakoshev/BirdsRussia.

By collecting eggs this early in the season it allows the females time to relay, the pairs to incubate and the males to rear their broods before they start the epic migration to the wintering grounds. There is still much to learn from studying these secretive birds and information gained from their study can be applied to their conservation. For example, better incubation and rearing techniques for headstarting, a better understanding of how we can provide for the captive population at Slimbridge, re-sightings data for population estimates, collecting samples for genetic analysis… the list goes on! 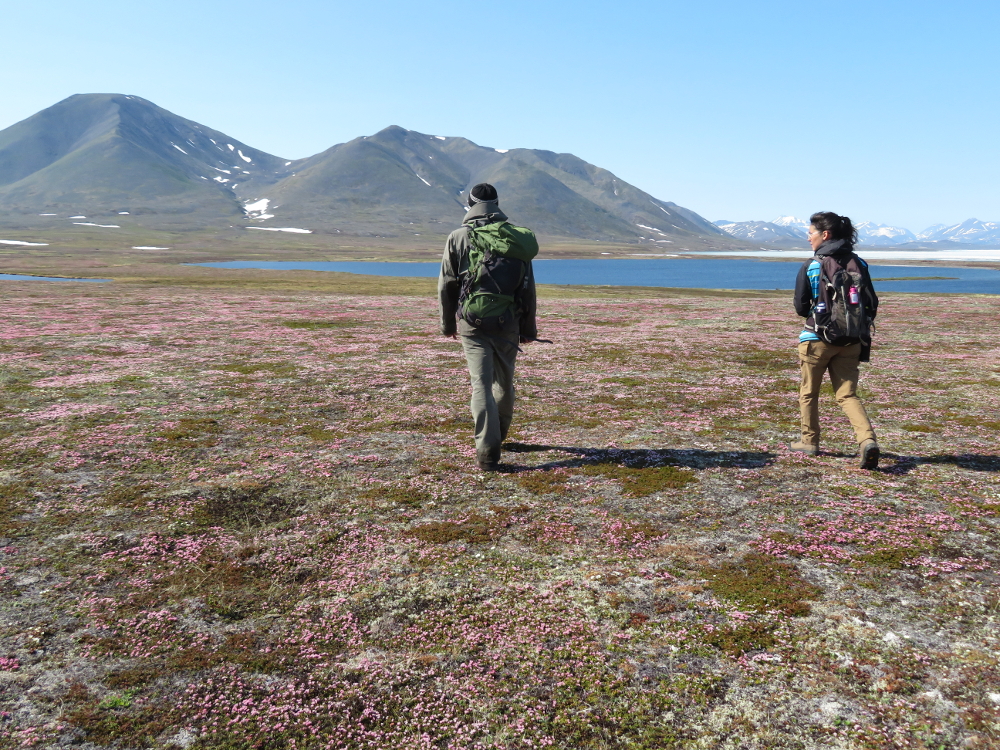 Fyodor and Katya on a mission. Photo by Jodie Clements/WWT.

Areas that have been used previously by spoonies are usually checked first as the males are known to be site faithful. Old nest cups are sometimes checked too. We have already found one pair to be reusing their nest cup from last year and now another appears to have been reused too. But strangely, by a different pair! 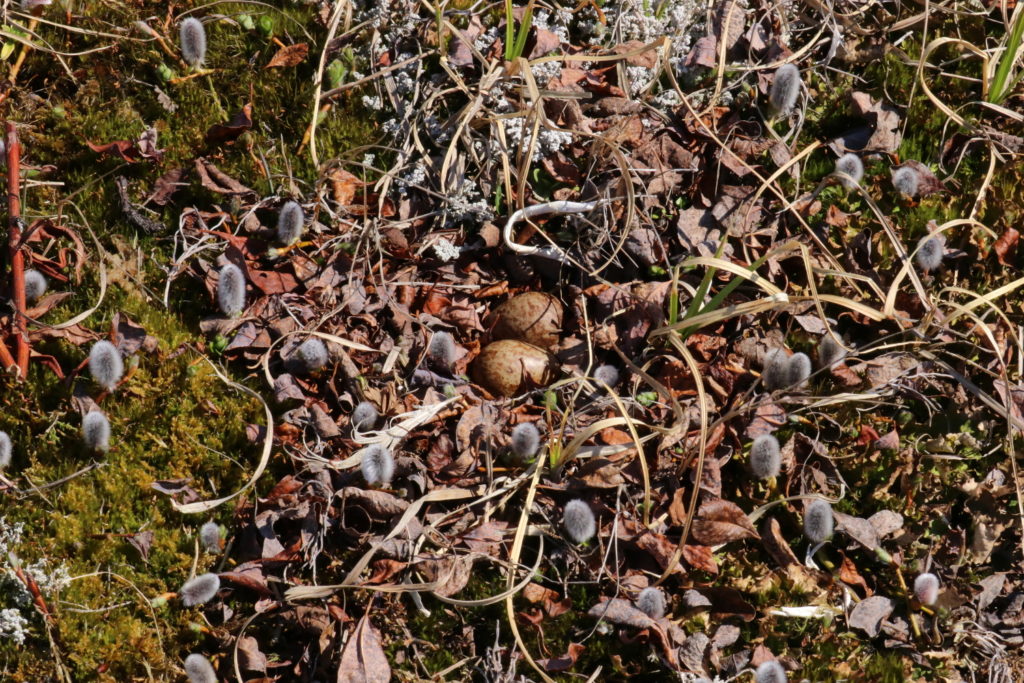 This year, a spoonie ringed as a wild chick in 2018 has returned to Meina. It’s not often birds return in their first year. Her first breeding plumage makes her stand out a little, as well as her behaviour. She was first spotted in the territory of 78 and 79. And male 79 seemed to take quite a fancy to her… He was seen displaying and even leading her to his nest cup! Her inexperience was painfully obvious, having little clue how she was meant to react. 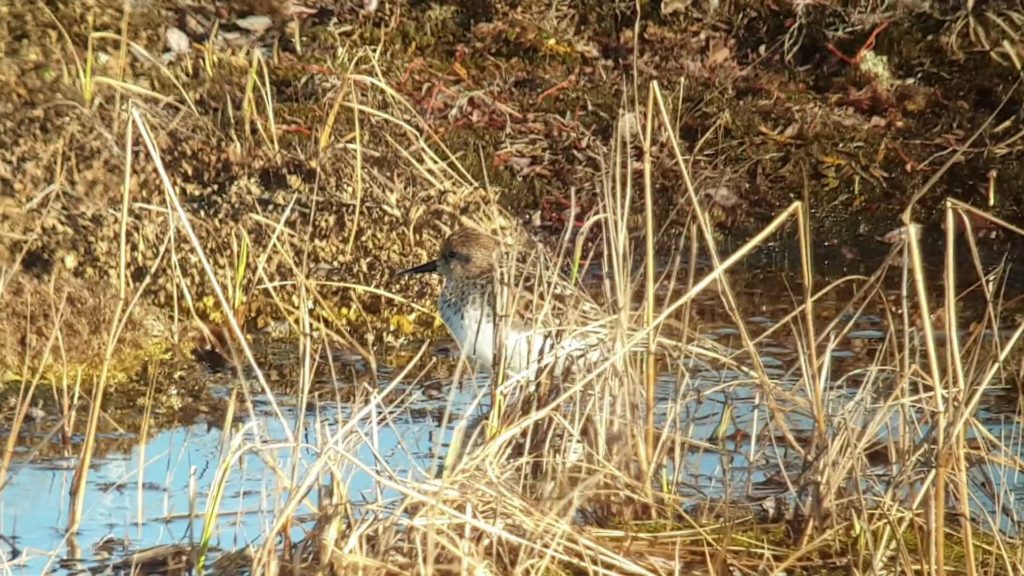 Female ‘YO’. Still capture from video by Chris Kelly. 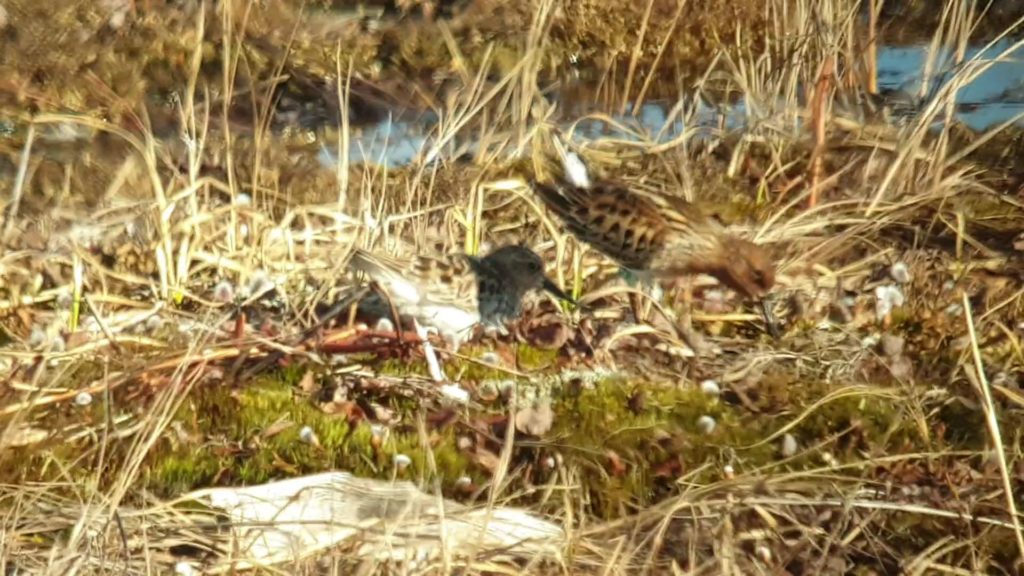 79 (right) scraping and YO (left) looking in wonder. You can see her dull plumage in comparison to the adult. Still capture from video by Chris Kelly.

Now the eggs have been collected preparation for the chicks arrival can begin. During the next 2-3 weeks the indoor brooders can be cleaned and set up, and the release pen erected. As the river mouth in Meina remained open this year the team can get straight into building the pen without having to wait for flood waters to recede. 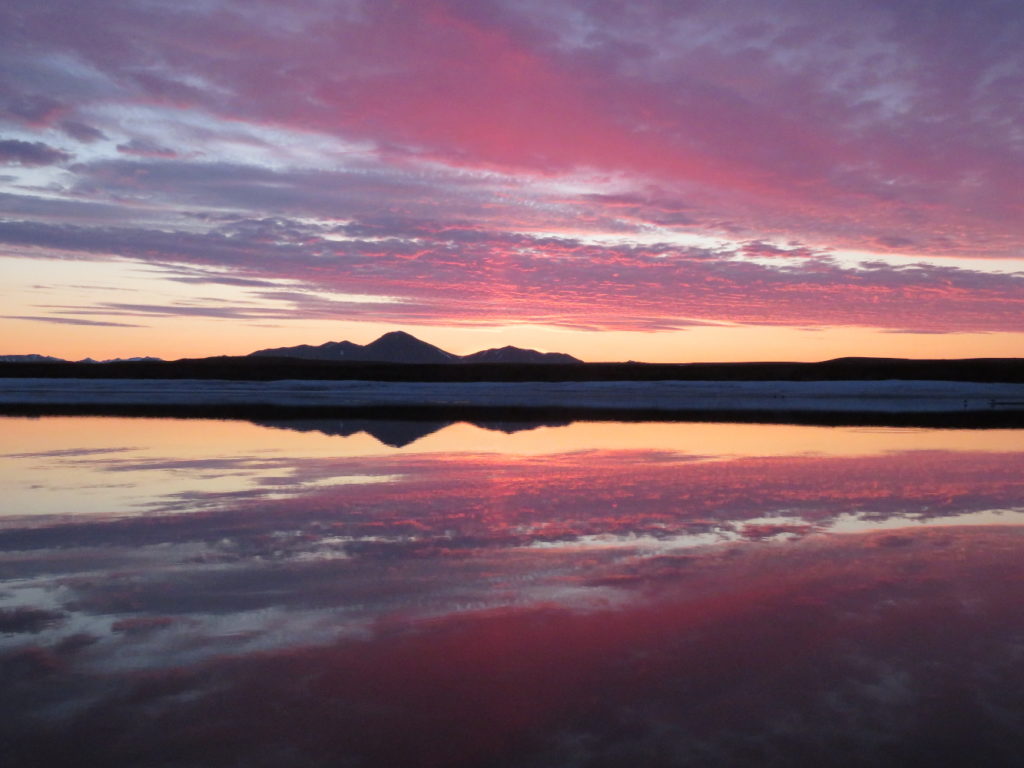 Good end to a good day. Photo by Jodie Clements/WWT.