News from the Field: Hatching begins 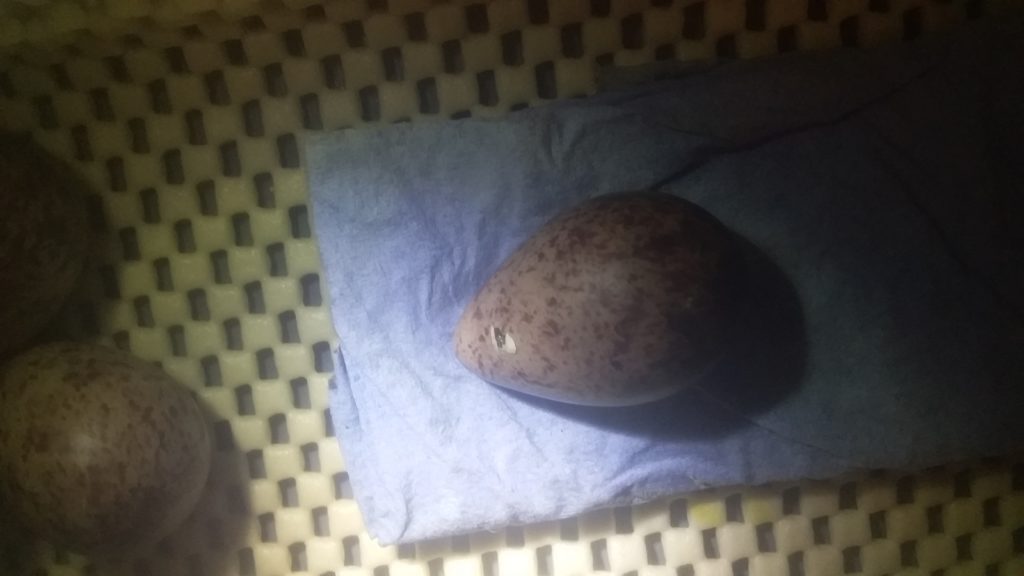 The first chick hatched on 1st July, the earliest to hatch in the rearing house since headstarting in Meina began. During incubation, natural or artificial, there will naturally be some losses. This year, similarly to last year, we saw several losses during the early stages in incubation. There are many factors that could cause this – and some of these are difficult to determine in the field. A gross necropsy can reveal abnormalities of the embryo, like malformation or malposition. But other things, such as infection or the health of the parents, are impossible to ‘see’ in the field.

Incubation is only the beginning. We can provide all the right conditions but then it’s up to the chick to break its way out of the egg. As you know we can monitor their process by candling. Even through a heavily patterned egg, such as a Spoon-billed Sandpipers, it is possible to see veins during development and sometimes even the bill tapping at the shell when close to hatching. This year we have an egg with a pip at the pointed end of the shell. This can happen when the chick is in the wrong position within the egg, this is not necessarily fatal for the chicks but we will be monitoring it closely.

Once hatched they are given a colour ring and moved to the drier to rest and fluff their downy feathers. Around 24 hours later they are given a unique metal ring and flag then moved to a brooder where they can learn to walk, feed, and behave like Spoonies. 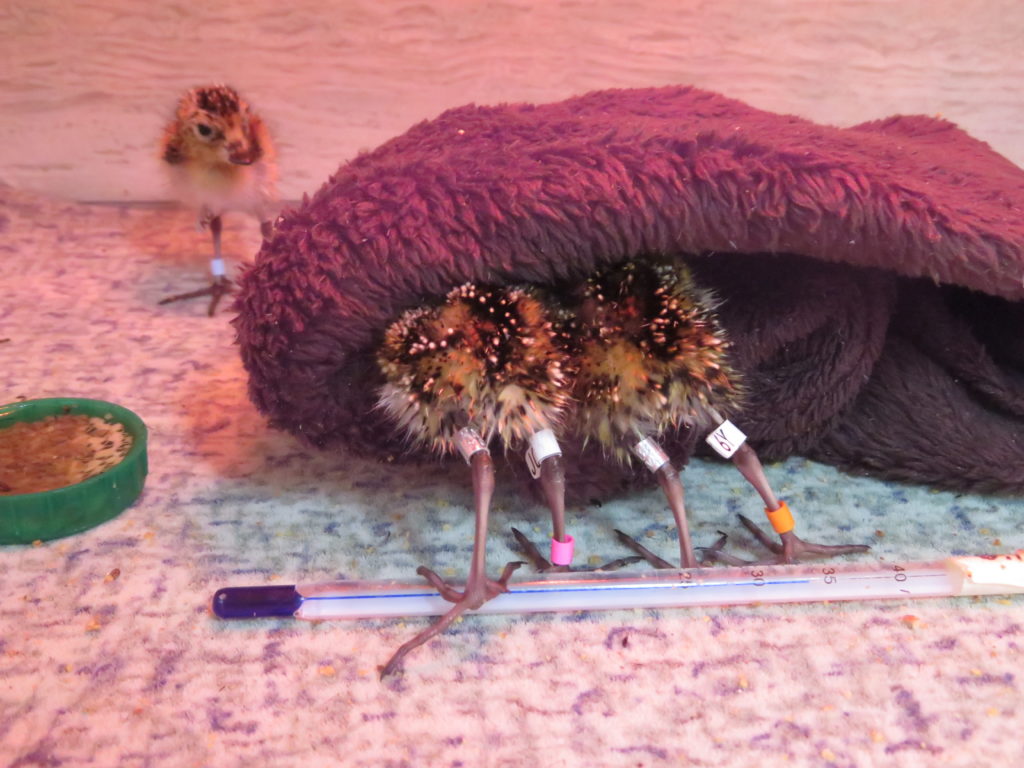 The field team have now found many second clutches from the pairs who’s first were taken for headstarting. And they all have 4 eggs! The good weather, ample food and early spring seems to have benefited them greatly.