News from the Field: summary of the 2019 headstarting season

Apologies for the lack of updates from Meinypil’gyno this season! Technical problems and a busy season led to fewer updates this year, but here is a summary of events since the last post when eggs were beginning to hatch.

Egg candling. Look closely and you will see the chick moving inside! Video by Julia Darkova. 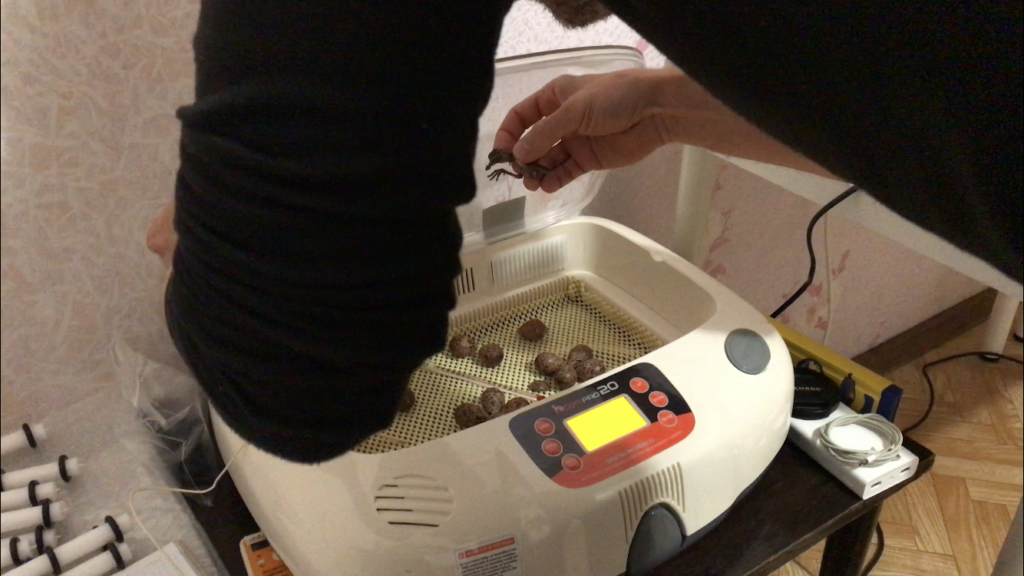 Freshly hatched chick being removed from the hatcher to be weighed and given an identifying colour ring. Photo by Julia Darkova.

The spoonies started hatching under the watchful eyes of the aviculture team on 1 July, several days earlier than last year. The chicks spent the first 24-36 hours of life sleeping and digesting their remaining yolk in the ‘drier’. Once they were dry and began finding their feet they were moved to the brooders in batches of fours and fives, eager to start training for their release onto the Russian tundra. 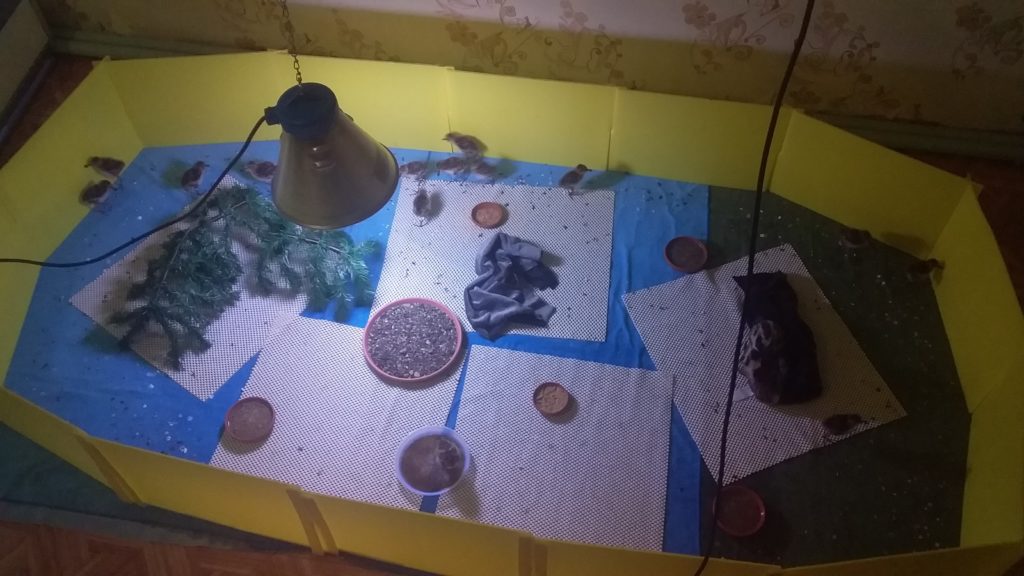 Graduation pen. Just a few days spent in here before they are moved to the release aviary.

For the next week or so they were weaned from a wet diet to a solid one with ever increasing amounts of aquatic invertebrates to feed on. They graduated from small brooders to a bigger pen while we steadily reduced the ambient temperature until they were ready for the big move to the release aviary.

They became accustomed quickly to their new surroundings, despite a heavy storm one afternoon. With their rapidly growing feathers and wind under their wings they could often be seen stretching and practice jumping, as demonstrated by their Slimbridge cousins below… With a large age gap between the youngest and oldest chicks we thought two releases may be necessary, but with the glut of mosquitoes and other live food in the release pen and surrounding tundra the smaller chicks caught up with bigger ones in a short space of time. 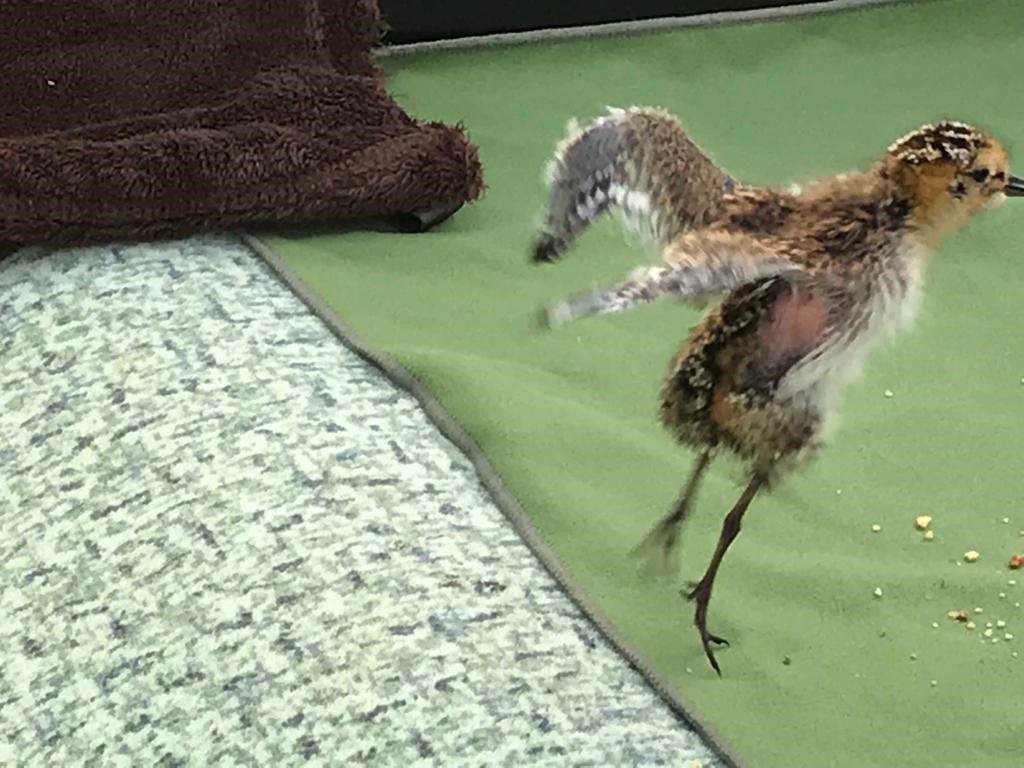 Take off! One of the Slimbridge spoonies that hatched this year. Photo by Tanya Grigg. 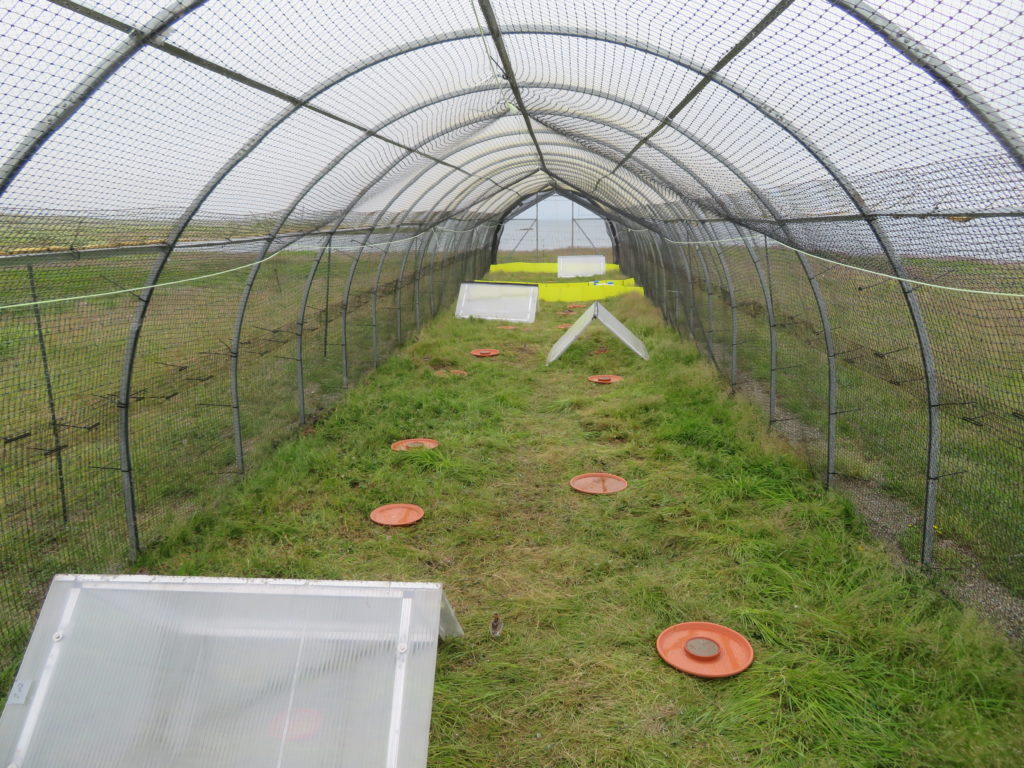 Inside the release aviary.

On 25 July the door of the pen was opened introducing 23 chicks to the wild population of Spoon-billed Sandpipers. Many of the field team and people of Meino came to see them on this special day. I think the highlight, for the aviculturalists particularly, was witnessing their maiden flights. It seemed funny thinking that in just a couple of weeks they’d begin their 8000km migration south! Though proud, your can’t help but worry… 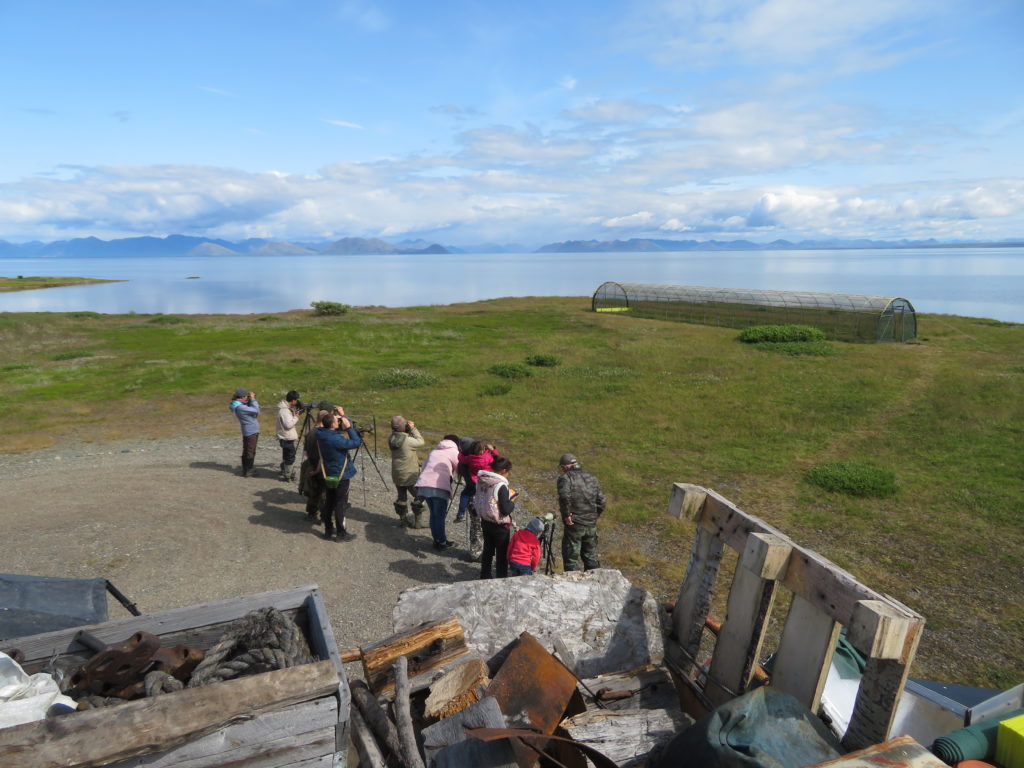 People begin to gather for the release.

This year, six previously headstarted birds returned to Meino, three of which paired up with wild birds and laid two clutches each!

Many of the pairs whose eggs were taken for headstarting relaid and successfully fledged a good number of chicks – 26 chicks in total and several adults were fitted with flags before they migrated. Flagging birds – both wild and headstarted – on the Meino breeding grounds is vital as it allows us to estimate their survival from their resightings along the flyway. 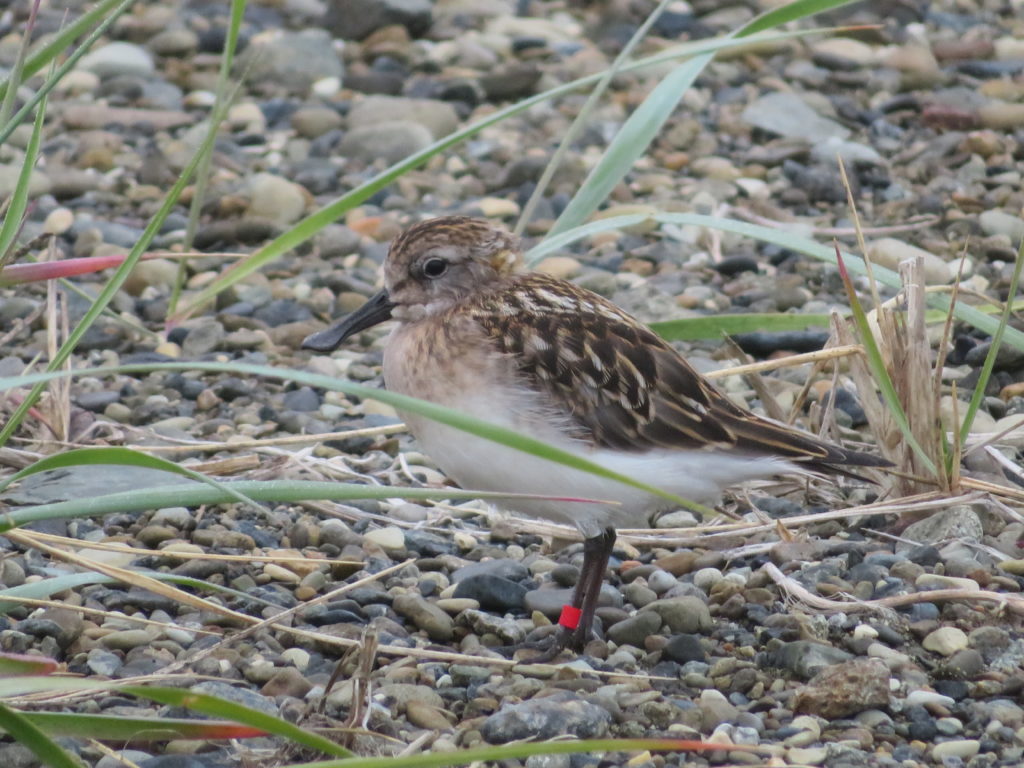