I start writing this as we are stuck in a traffic jam on the way back to Shanghai to catch our flights home. The trip should take 3 hours but we have only moved a kilometre in the last hour and a half. That is the problem of travelling on the Chinese golden week holiday!

We did catch one more spoony bringing our total to 5, but it was one that had been ringed as a chick at Meina and has been seen on its wintering grounds in Leizhou so we did not tag it, as the aim of the tagging work is to find unknown wintering areas. We managed to see all four of the birds we tagged, later on the feeding grounds. To me, that was a great relief as it confirmed that the birds were behaving naturally with their new back packs which they will carry for the next few months before the tags fall off on the wintering grounds. Although I have put on many tags of all sizes on birds during my career, there is nothing as stressful as putting a tag on one of the world’s rarest birds. I had thought that I did not get stressed by such things, but the relief I feel now shows that I was wrong! 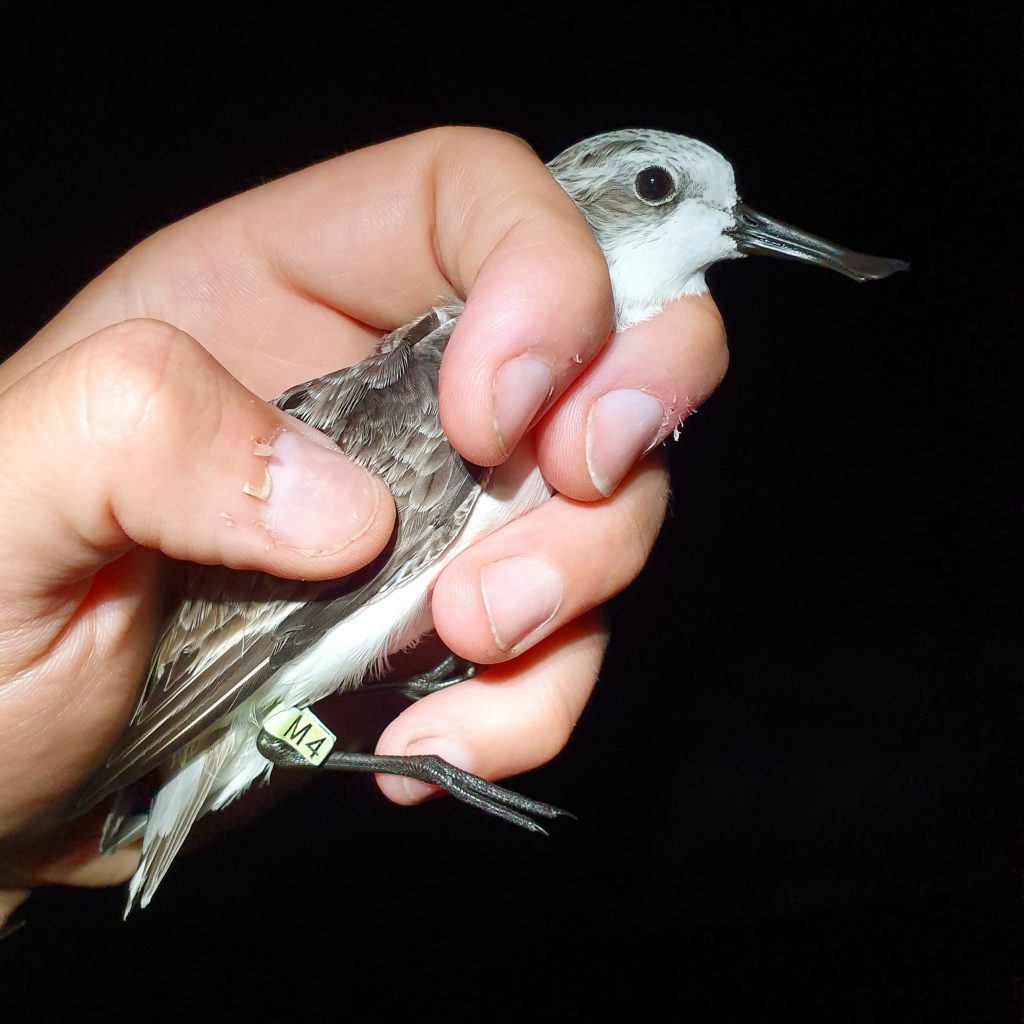 Spoon-billed sandpiper Lime M4 ringed as a chick in Russia in 2016. Photo by Kane Brides/WWT.

The whole team worked phenomenally hard over the last 10 days averaging 16 hours in the field each day, but we were all focused on the conservation goal – to ensure there is a vibrant ecosystem in the Yellow Sea for all the migrants that pass through it. When we first came to the Jiangsu coast to band shorebirds we thought that we may catch a small number and might learn a little about the birds. Now, after five years of trips working with Prof. Chang Qing and his team, we have ringed and colour-marked around 8,000 birds of over 30 species and have received re-sightings throughout the flyway proving how pivotal the Jiangsu coast is in the lives of these global travellers.

Working on this scale requires a big team of people and this year there were 45 people in the team. Each had their own role so that we could safely catch so many birds and get them on their way in good time. On top of this, there are all the people from many organisations who are working equally hard behind the scenes to make it all happen. Regular contact and good planning ensured that we did not waste any time sorting out logistical issues. Then there is Paul Howey’s team at Microwave Technology, Inc. who spend many hours making these minute satellite tags and who, without their expertise, we would not be able to monitor the migrations of these charming and unique sandpipers.

Not everything is good news however. When the last massive seawall was built at Tiaozini in 2014 there were large areas inside it which were available for the birds to roost when the tide comes right up to the seawall. Since then the land that has been claimed from the sea has been progressively developed into fishponds and rice paddies leaving a very few small places for the birds. There is a water park which has a number of islands which could be good roost sites, however these are too steep and covered in tall vegetation so only a few birds can cling to their sides.

When we first came to Jiangsu in search of spoonies we met nobody locally who knew anything about waders let alone spoonies. How things have changed. Even driving up the main coastal highway there are massive bill boards proclaiming the nomination of Tiaozini as a World Heritage Site with a massive image of a spoony on it. When you get to the shore there is a group of Dongtai volunteers, with jackets with a spoony symbol on the back, to greet you and explain about the birds. As we get there they are talking to a group of local schoolchildren and their teacher who are eager for knowledge and desperate to be shown a spoony! The next volunteer is talking to a university birdwatching group who are asking what they can do to help. The rate of change in attitudes is staggering and maybe our work has played a small part in inspiring this change. We leave with a warm feeling that there is hope for the future of the birds in the East Asian-Australasian Flyway – but there is a lot more to do. 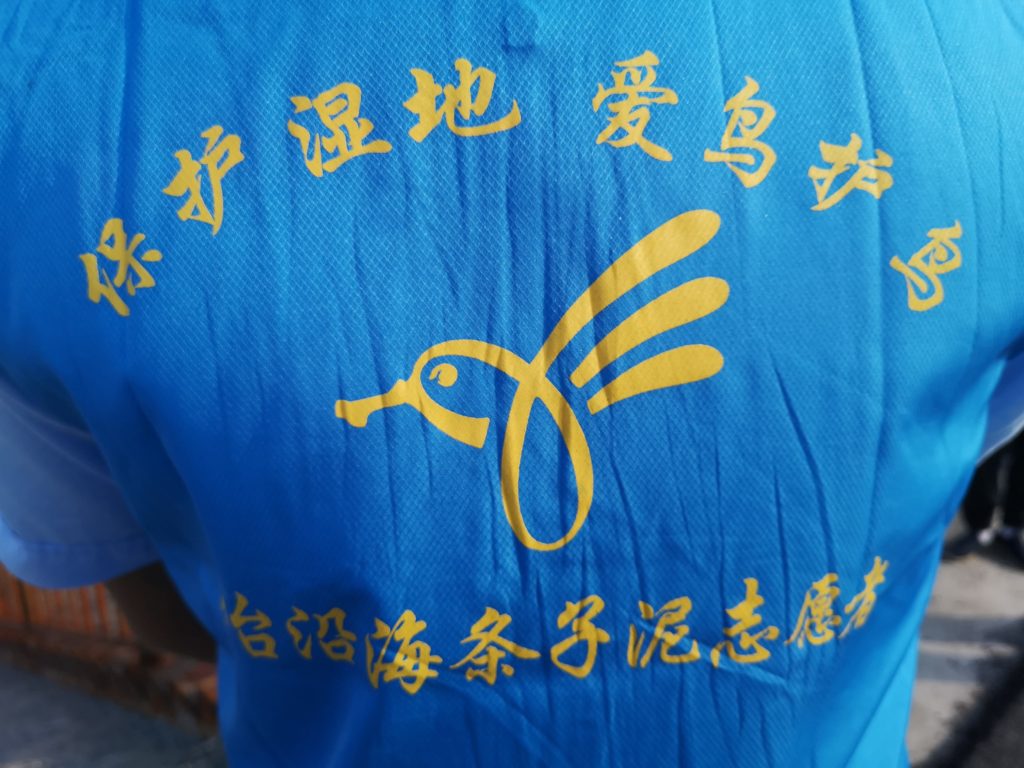 Uniform of the Dongtai volunteers with a Spoony logo. Photo by Ewan Weston.