As readers may have seen from these expedition blogs, the autumn 2019 expedition to Jiangsu province on the Yellow Sea coast of China took place from 27 September to 4 October. Involving more than 40 people, the expedition was organised by Prof. CHANG Qing and his team from Nanjing Normal University, with participants from the Jiangsu Academy of Forestry, Yancheng National Nature Reserve, Nantong Museum, and Jiangsu Bird Watching Society with assistance from RSPB, BTO and WWT. 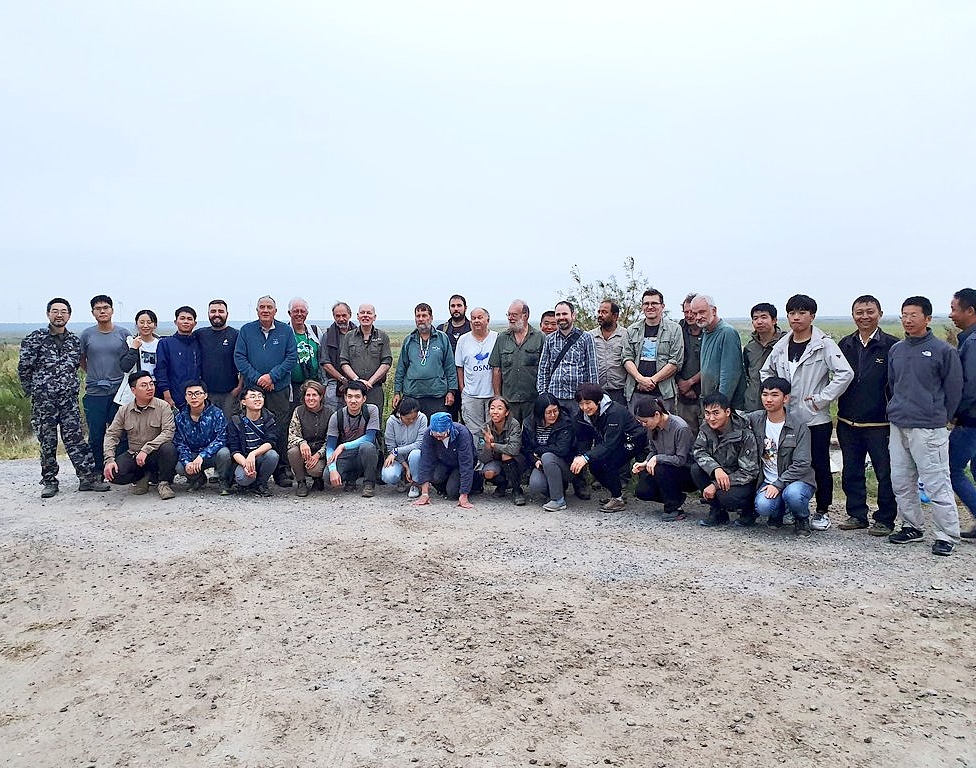 The catching team after processing and ringing 602 waders at Tiaozini. Photo by Kane Brides WWT.

Three sites (Tiaozini, Xiaoyangkou and Dongling) were surveyed and a total of 1,778 birds of 30 species were caught, including five spoon-billed sandpipers. One of these we chose not to tag, as it was Lime M4, marked as a wild chick in Chukotka on 11 July 2016 in Russia and a bird we already knew winters in southern China. The other four spoonies were fitted with Microwave Telemetry Inc. 2g solar -powered PTT-100/5/ZE satellite transmitters and yellow leg flags AH, EH, JY and KY. KY and EH were soon rediscovered and photographed at Tiaozini.

On the afternoon of 12 October, KY decided to start its migration and flew 160km south to the Chongming Dongtang National Nature Reserve where it has remained since.

We lost contact with AH on 29 October and feared the worst, but were then over the moon to hear from Prof. Chang that the bird was seen alive and well, but tagless, on 4 November.

JY is still at Tiaozini but EH has now started the long journey south, leaving Tiaozini yesterday (4 November) with the last fix currently on the east coast of Vietnam. More on EH’s journey in the next blog. 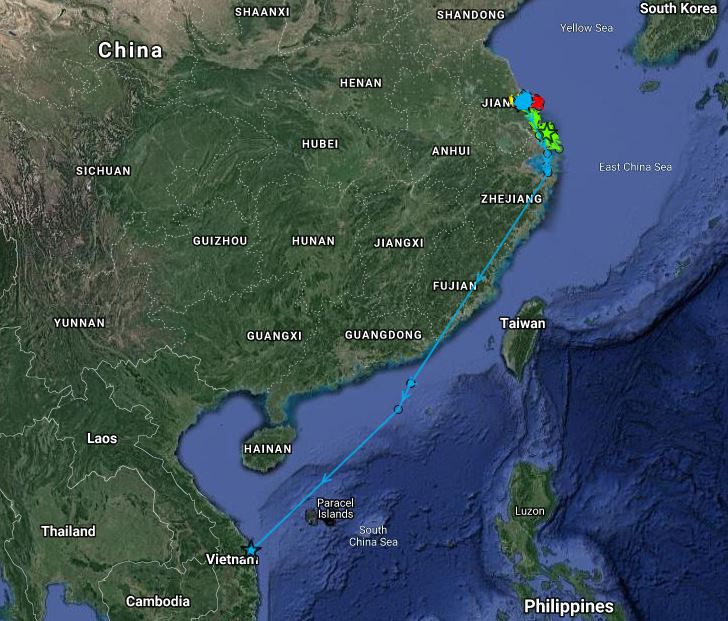 Our thanks to birdwatchers and photographers from along the East Asian – Australasian Flyway for their sightings of our marked birds. Your sightings allow us to produce the population and survival estimates needed to determine the ultimate success of our spoon-billed sandpiper conservation efforts. A very big thank you to Leica UK, who provided WWT with the funds and optical equipment needed for the expedition.

Follow our satellite tagged spoonies by clicking on the map here.