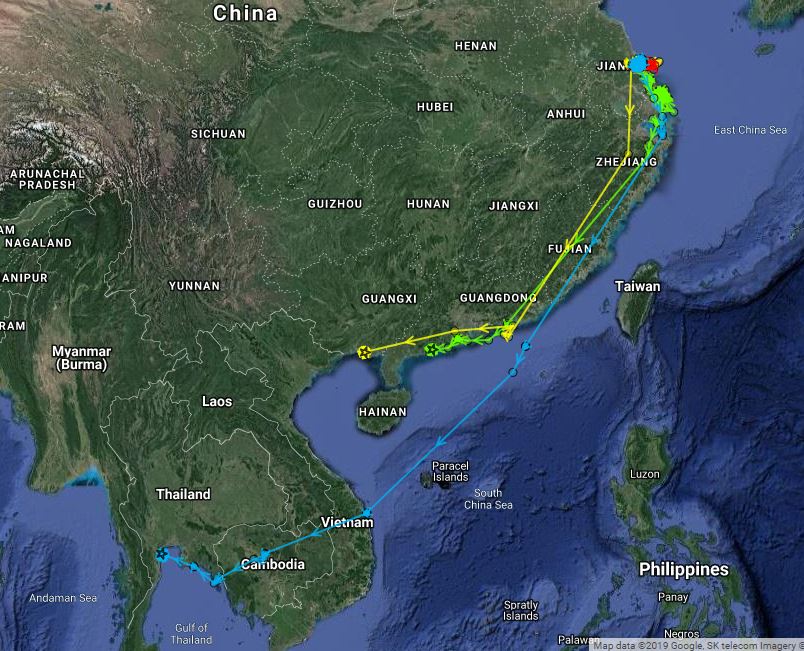 Yellow EH is still at Pak Thale – Laem Phak Bia in Thailand. And it has been spotted again. And photographed.

Early this morning I received an e-mail from Nancy Gibson, Executive Director of the Bird Conservation Society of Thailand, saying “BCST was at Pak Thale today and saw EH. Although my photo isn’t very clear, Ayuwat will probably post it to BCST later as he had the big camera”.

Here are Nancy’s photos of EH. 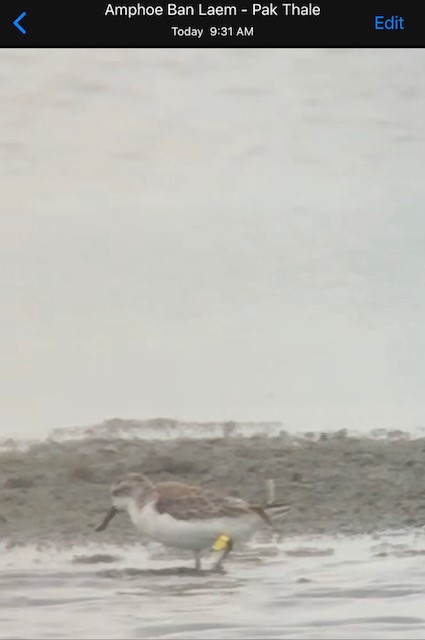 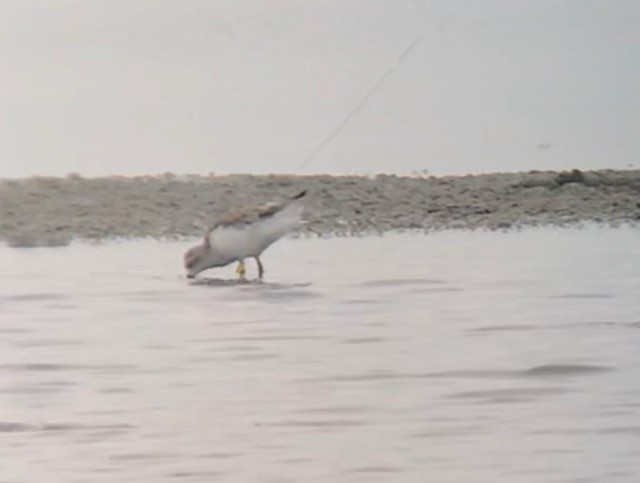 And here is Ayuwat’s photo of EH on his big camera.

Meanwhile in China, Yellow JY has now been at Beihai, Guangxi Province, for five days. This is the same site where Yellow KT spent 19 days in 2017 (1 to 19 Nov) before moving on to Vietnam (21 Nov to 5 Dec) and Bangladesh (12 Dec until we lost contact with it on 18 Dec). 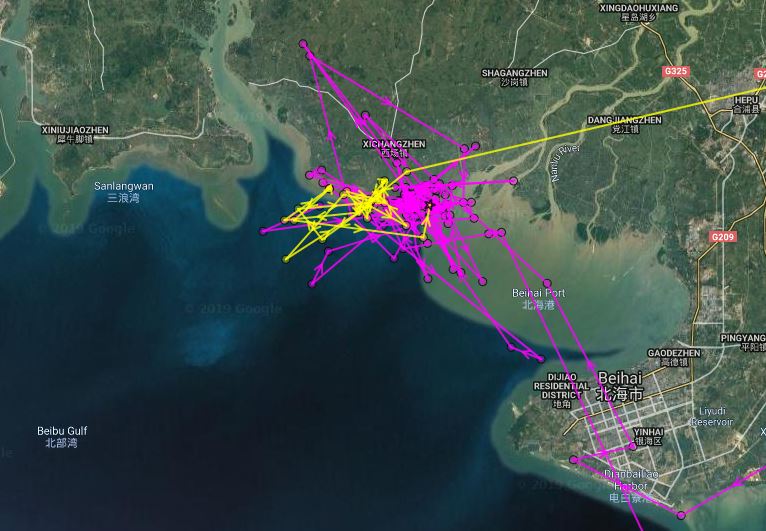 Yellow KY is some 300km east of Yellow JY in Yangjiang City, Guangdong Province. This location has not been previously used by any satellite-tagged spoonies, although it is only 20km from Xitou Harbour, where Yellow HU wintered (from 27 Oct 2016 to 10 Apr 2017). 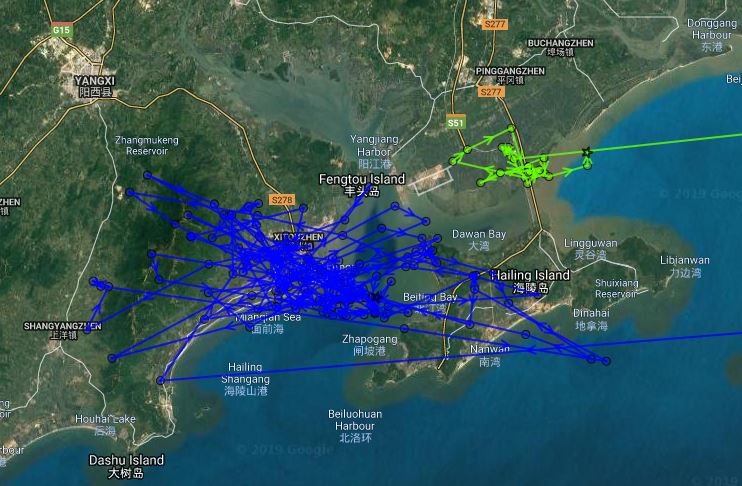 The other satellite tagged bird to have wintered in China was Yellow CT who wintered at Zhao’an (13 Nov 2016 to 27 Feb 2017) some 600km further east up the coast from where Yellow KY is now.

So the big question for us now is have the birds already reached their final wintering destinations or will they move on?

Of the five birds previously tagged in autumn, two (Yellow CT and Yellow HU) have wintered in China while three others have staged there then moved on. Yellow ET’s final winter destination was Myanmar, Yellow KT’s was Bangladesh and Lime 07’s was Indonesia. 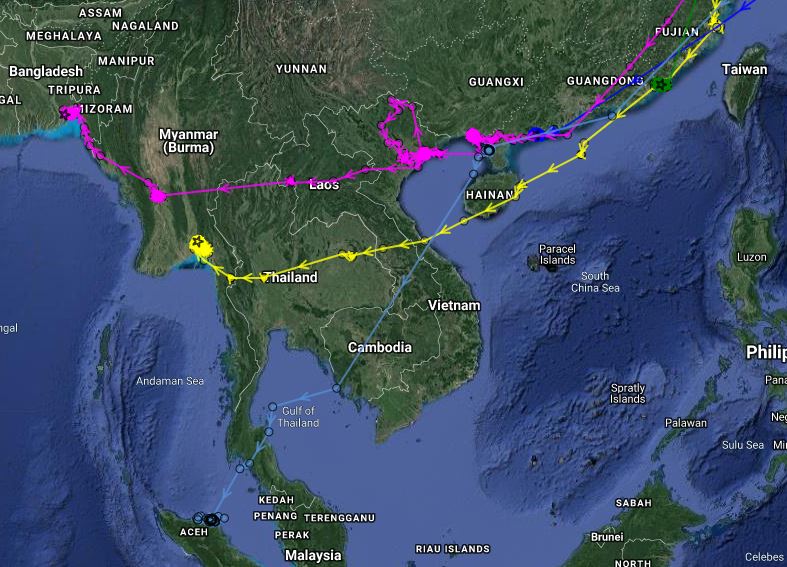 It always amazes me that birds as small as a spoon-billed sandpiper can migrate a distance of near enough half the way around the world to and from their arctic breeding grounds, every year.

While we already know this from where they’ve been seen, especially sightings of flagged birds, these amazing feats of endurance are really brought home to us when following our satellite tagged birds.

Because, during these epic migrations, we can follow these satellite tagged birds as if we are migrating with them, living and breathing their every movement, communicating these movements to our friends along the flyway, and then receiving photos of our precious birds, alive and well in far off lands.

It makes us leap out of bed each morning and rush downstairs to check our live maps and our e-mails for photos of them in our in-boxes.

Where will EH, JY and KY end up this winter? Only time, and more fixes and early morning e-mails, will tell.