JY and KY are on their way too … to where?

EH remains at Pak Thale – Laem Phak Bia. Within 12 hours of arriving it had been seen on the reserve by visiting British birder Shaun Ferguson. Nice spot Shaun! Yesterday (8 Nov) EH moved to the southern end of this 10km stretch of coast. 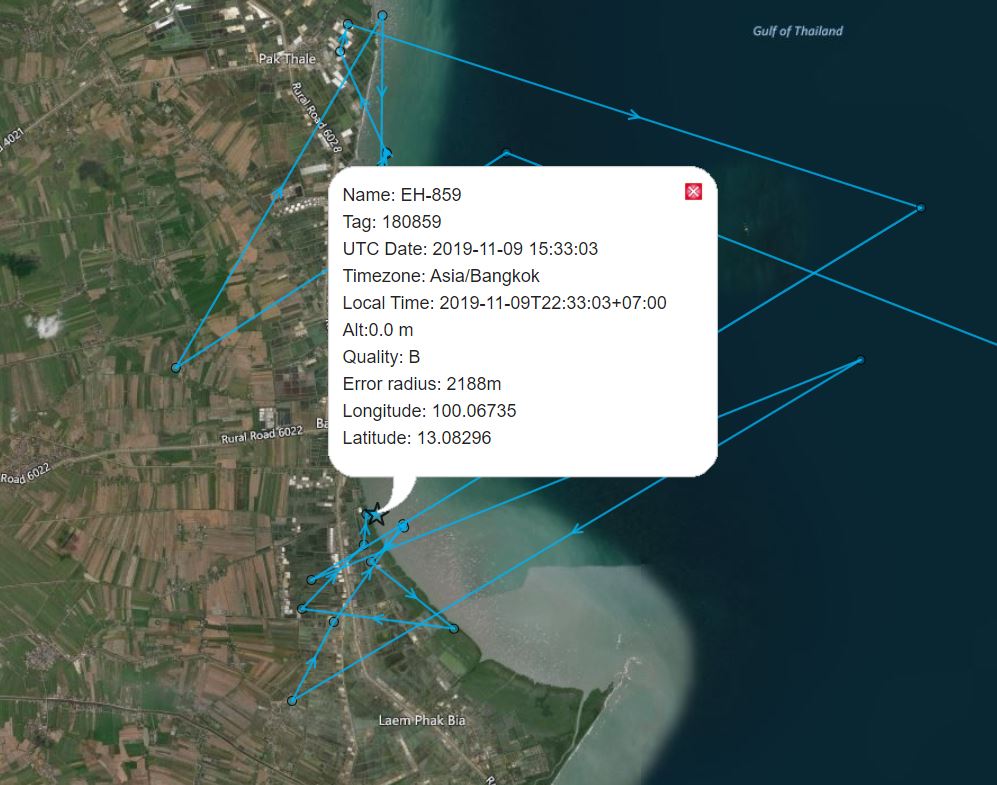 Meanwhile things have got busy, with both JY and KY eventually embarking on their southward migrations. We think that milder conditions, and a lack of ideal tail winds for migration held them up, but they seemed plump and in very good health from the photos we have seen of them in the field.

Yellow AH stayed at Tiaozini for all of October, giving good signals and showing rather little movement away from the upper shore mudflats close to where it was caught and tagged. Its tag stopped transmitting on 29 October, causing concern for the bird, until it was photographed alive and well – but without its tag – a few days later. Annoying that the tag fell off after only a few weeks, but great that the bird is alive and well, and looked in very good condition. And it has given us some good data on local site use at Tiaozini.

Yellow JY remained at Tiaozini for over five weeks, its tag transmitting well and frequently. It too stayed mostly close to the seawall, but roamed further north, right up to the far northern edge of the most recent Tiaozini reclaim area. Then, on the evening of 8 November, JY eventually decided to begin its migration. It left Tiaozini around 11am UCT (1900 local time) and flew for nearly 2,000km, at an average speed of just over 70km, to reach its latest position near Beihai, a site also used by Yellow KT in November 2017. 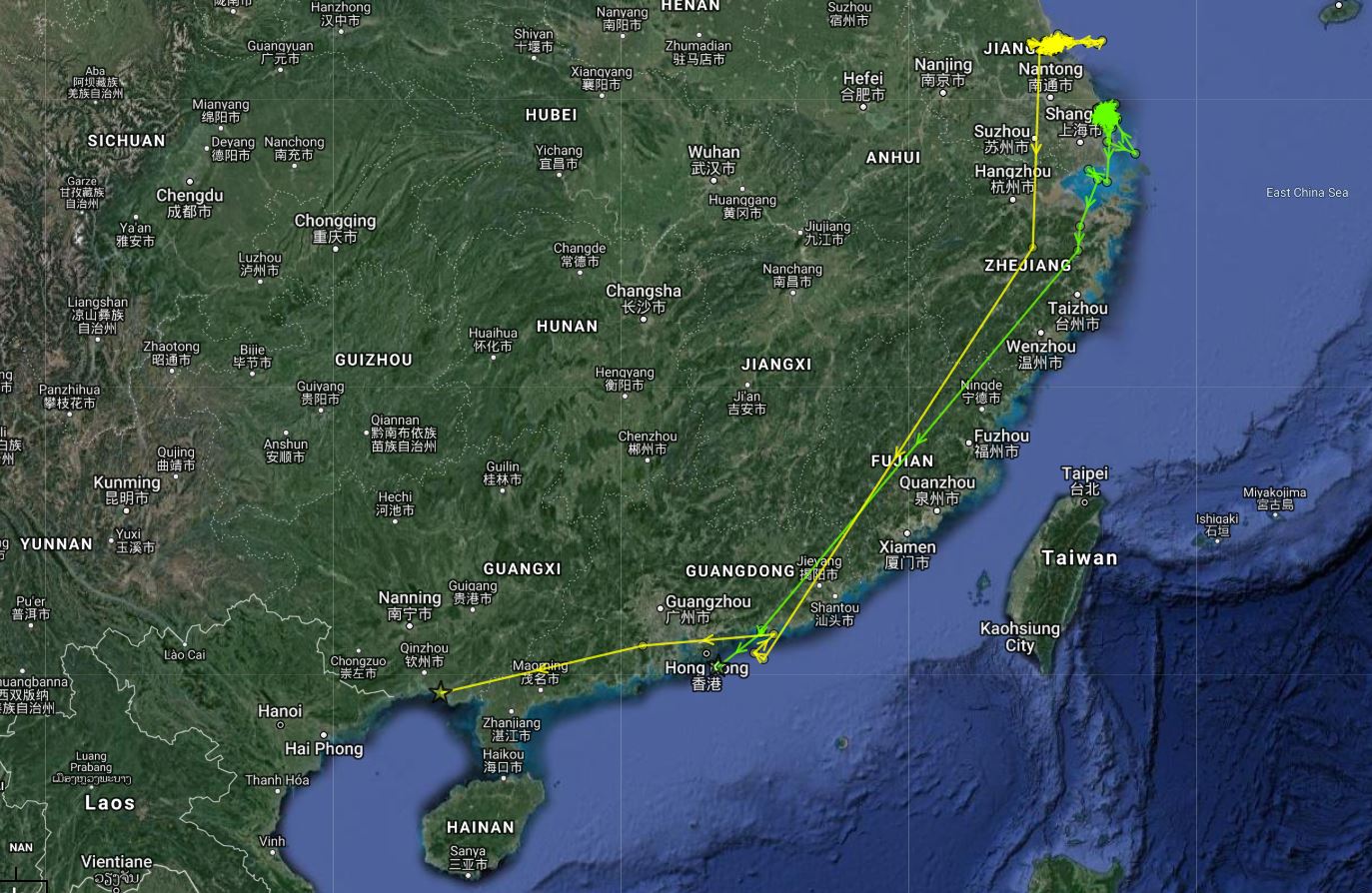 Yellow KY stayed at Tiaozini for two weeks then, on 13 October, moved 150km south to Chongming Island where it stayed for over three weeks frequenting the lagoons and shorebird roosting islands designed for Chongming Dongtan National Nature Reserve by RSPB and others. It also used an offshore mudflat/sandbar area and an area of the Qidong County coast, Jiangsu, on the north side of the Yangtze River Mouth.

On the evening of 8 November, tail wind conditions were perfect for migration, so KY decided to migrate at almost exactly the same time as JY. Its last fix, as I head off to my bed now, is just off the coast of Hong Kong. Looking forward to seeing where both birds are when I rise tomorrow. Night all! 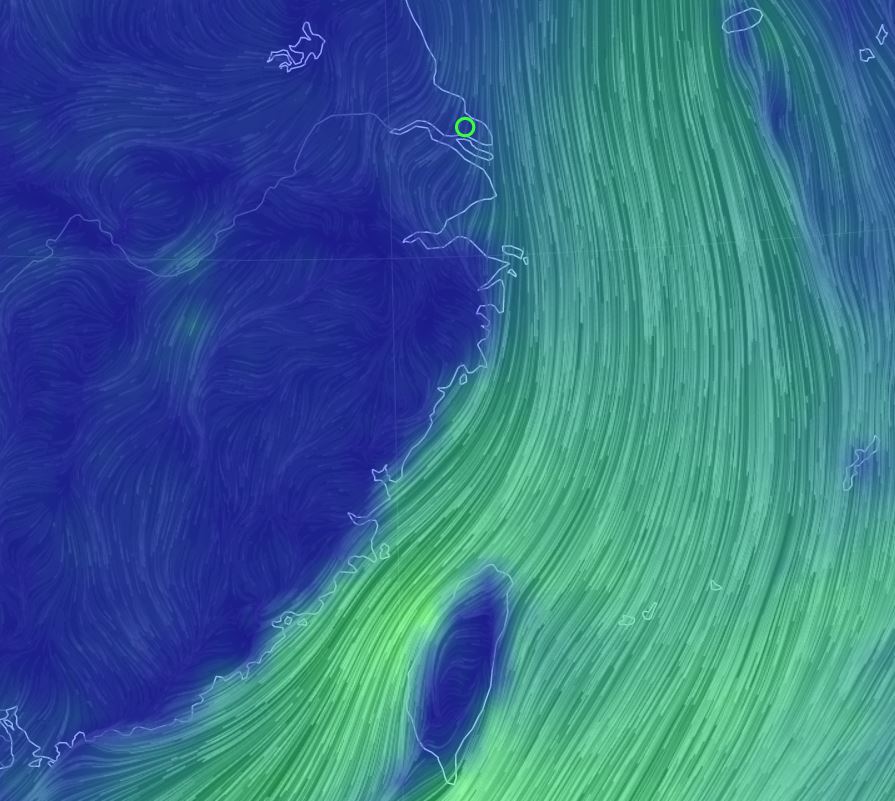