Since our last update ten days ago (apologies for the radio silence folks), JY has stayed put at Beihai, Guangxi Province, China. Will JY stay put in southern China all winter like HU and CT did, or will it move on? We’ll keep posting regular blogs to let you know.

Meanwhile, KY has moved on to Vietnam, after stopping off briefly at the southernmost point in Mainland China. Jonathan Martinez described the site, at the southern end of the Leizhou peninsula, as “a very good spot for raptors and passerines migration in autumn. There are some saltpans not far from where it is at the moment and I’ve seen one SBS in spring on the saltpans bordering the small cove east of KY current locations”.

And quite right he was – as KY promptly headed off to Vietnam, where it has now remained in the same area since 20 November, on the coast, 20km south-east of Hai Phong, just to the west of Do Son beach. Its tag is giving regular, high quality fixes and we’re hoping that colleagues from the Spoon-billed Sandpiper Task Force will shortly converge on its location to confirm its presence. 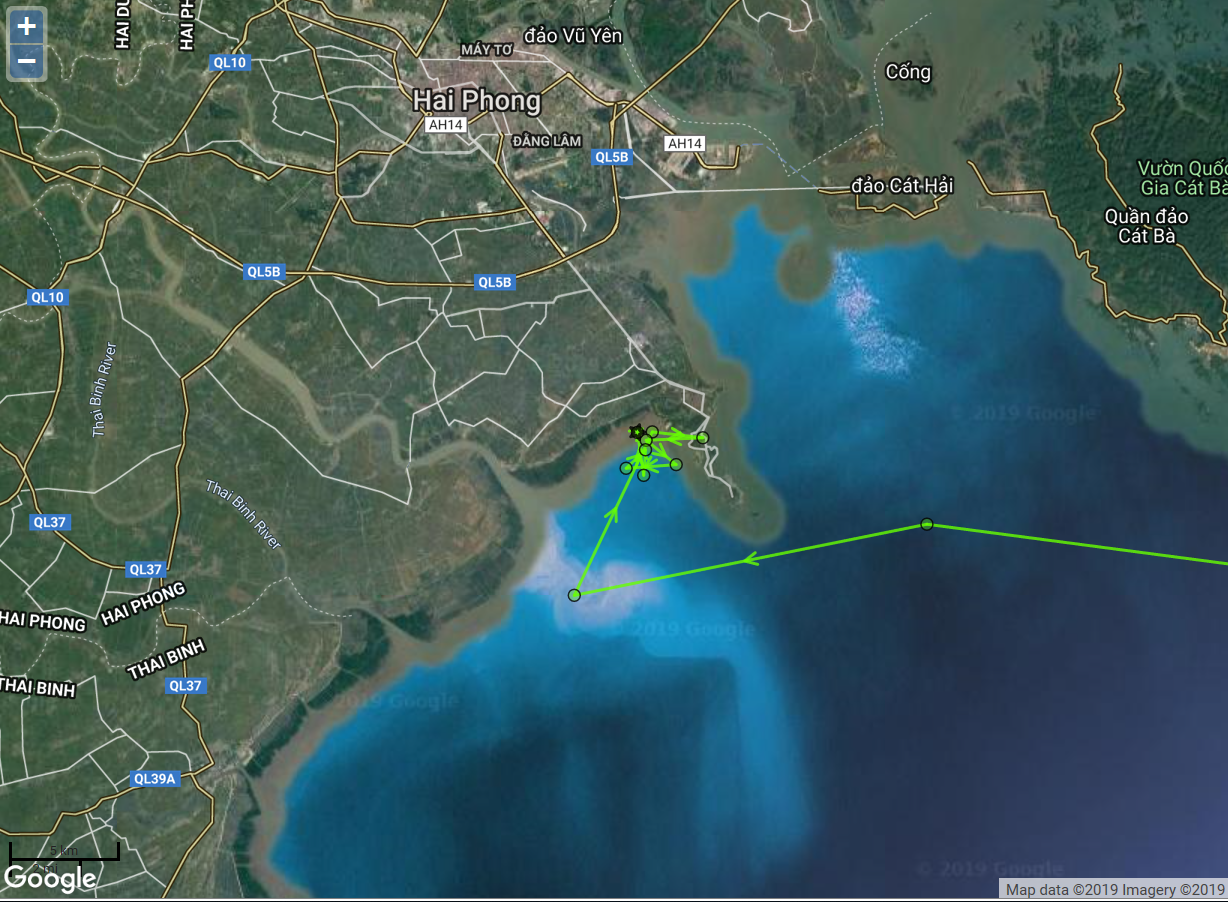 Meanwhile, on 20 November, with the good wishes of our BCST colleagues, EH headed on from its well-publicised stay at Pak Thale in Thailand across the Bay of Bengal to Bangladesh. 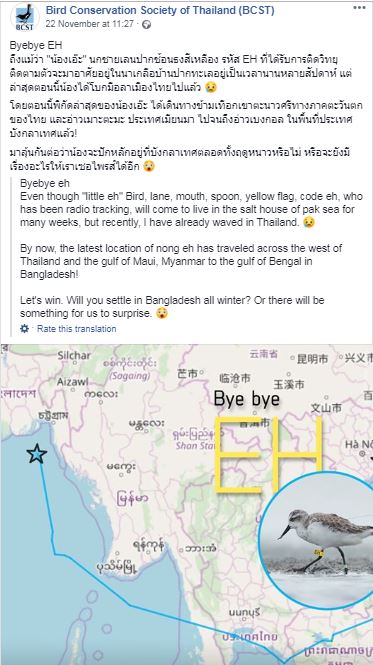 But, after a 36 hour 1,464km journey, and only 100km from the Bangladesh coastline, we lost contact with EH. 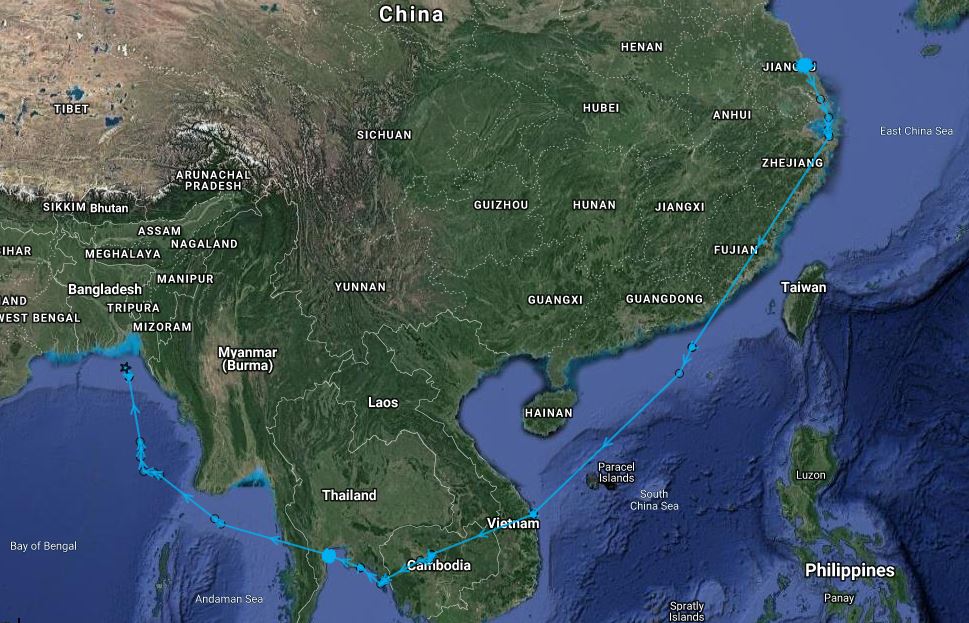 So we don’t know whether the tag has just stopped working, or whether there is something more sinister afoot.

At the moment, we have no evidence to suggest one way or the other, but until we have, we will remain resolutely optimistic.

Sayam Choudhury, Assistant Coordinator of the Spoon-billed Sandpiper Task Force, will be mobilising a team of spoonie surveyors to try to locate EH on the Bangladesh coastline over the next few days and we wish them the very best of luck in finding EH alive and well. 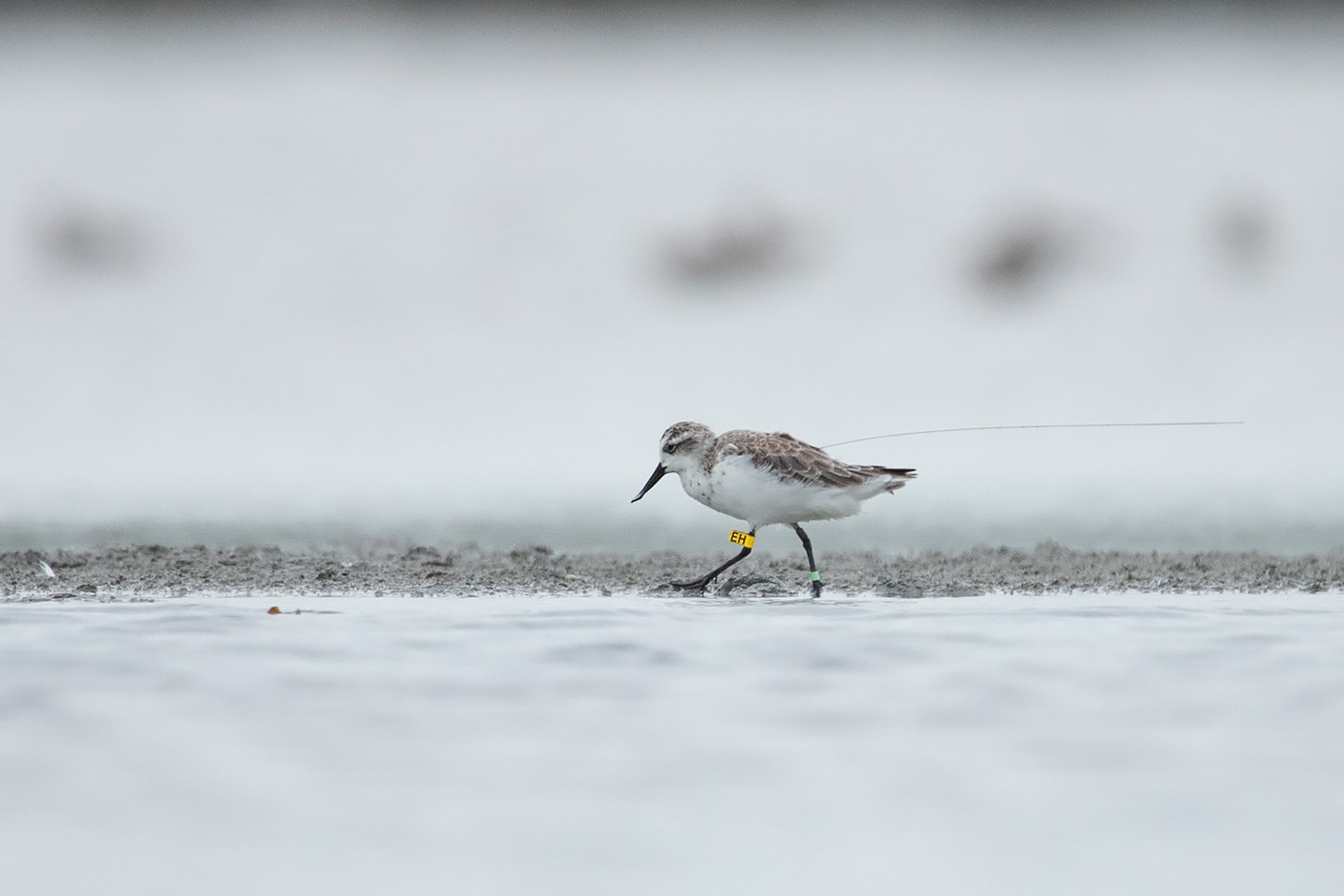 EH – in hope of finding you alive and well