An update from Nigel Clark

Conservation of Spoon-billed Sandpipers involves a large number of people doing different tasks. Nigel and Jacquie Clark administer the database of records of individually marked birds on behalf of the Spoon-billed Sandpiper Task Force and so are still getting reports despite the lock down. 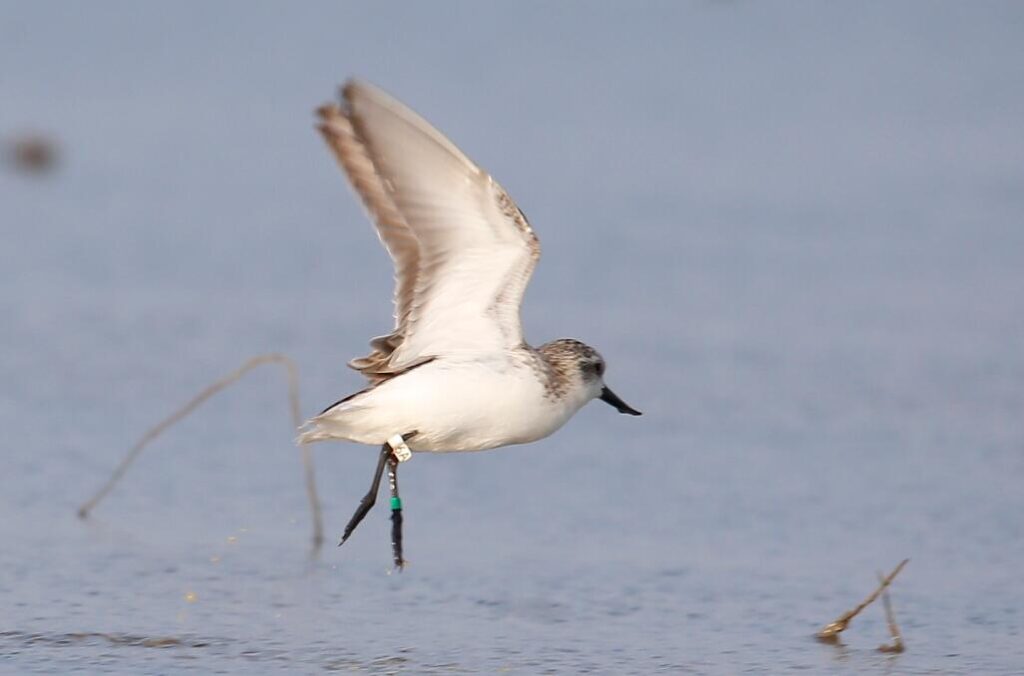 Normally we would be out in the field studying the migration of Knot, Turnstone and Sanderling in Delaware Bay in the USA but these are not normal times. During this time of lockdown the spoonie work goes on round the world and each day we check to see if we have been sent any new records of marked birds. As well as waiting for spring passage sightings to come in we also get sent summaries from the sites where there are regular observations throughout the winter. Some individuals are seen just once over the whole winter others over 50 times. One such bird is Lime 05 which was seen at Khok Kham in Thailand no less than 64 times between November and March. 05 is a national celebrity with lots of publicity within Thailand about its return each autumn, it even made the National press when it returned from its mammoth migration to breed in Meinypil’gyno in the Russian Far East as it has done every summer since 2014. Khok Kham is clearly as vital to 05’s survival as its breeding site and all the places that it stops on route. You can find a great summary of Lime 05’s history by the Bird Conservation Society of Thailand here. 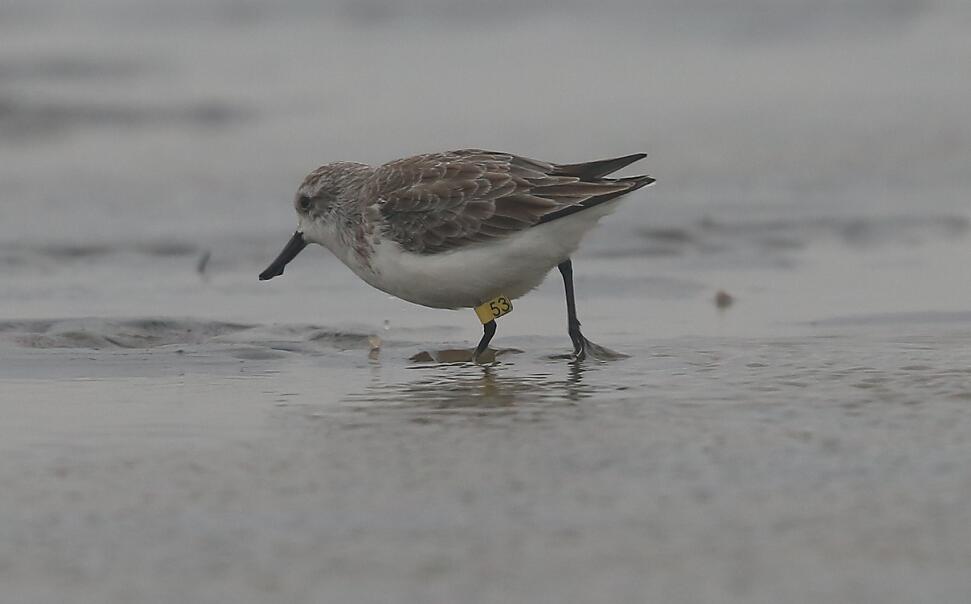 Recently we received the winter summaries from Ziyou of SBSinChina who gathers all the pictures of marked birds from the many Chinese photographers. We also had reports and pictures from the winter survey of southern China including photos of several old friends Like Yellow 53 and TU these were both marked on our visits to Jiangsu working with Prof Chang of Nanjing Normal University to study the spoonies on autumn passage there. Yellow 53 was particularly memorable as it was caught on the first night we tried mist netting at Tiaozini in 2015. I could not believe it when I heard over the radio that we had caught a spoonie then the second message we had caught another one! Jacquie was not on that visit but each year we have visited Tiaozini since, we see it and in 2018 I was lucky enough to see it on its wintering grounds when I visited the Leizhou peninsula on the way to an SBS task force meeting in Hainan. Little things like this make the lock down much more bearable. 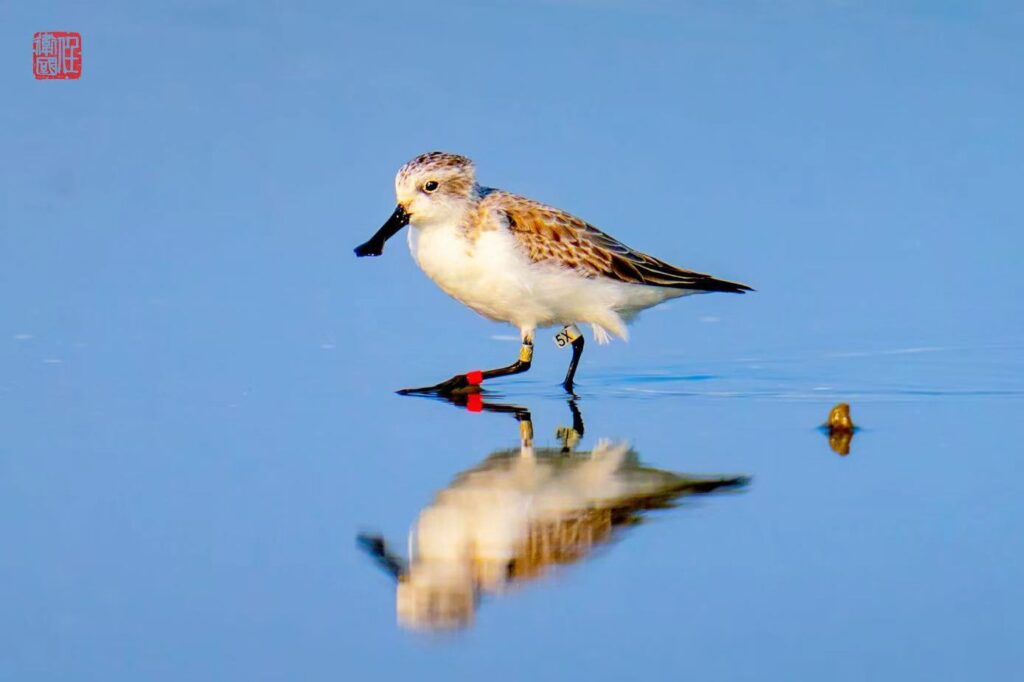 There were also pictures of four headstarted birds which we sent on to the Conservation breeding team at WWT. I instantly got a shocked email as they had not expected so many headstarted birds to be in one place!
‘It’s always great to see pictures of the headstarted birds along the flyway. Particularly seeing ‘4U’ this time, a headstarted bird from 2018 which was my first year assisting with the project in Meinypilgyno. It’s reassuring knowing that they’ve made it! Fingers crossed for their return.’ (Jodie Clements, WWT Slimbridge) 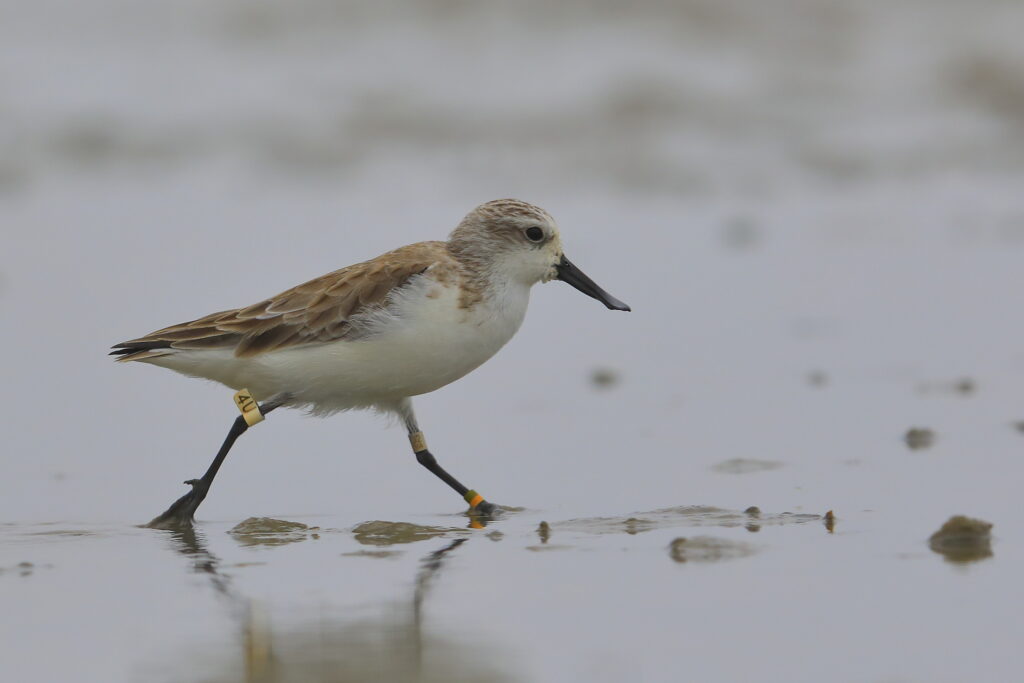 Now we are waiting to see who has made it back to the breeding grounds… Stay tuned for updates soon!