A sad day for spoon-billed sandpiper. 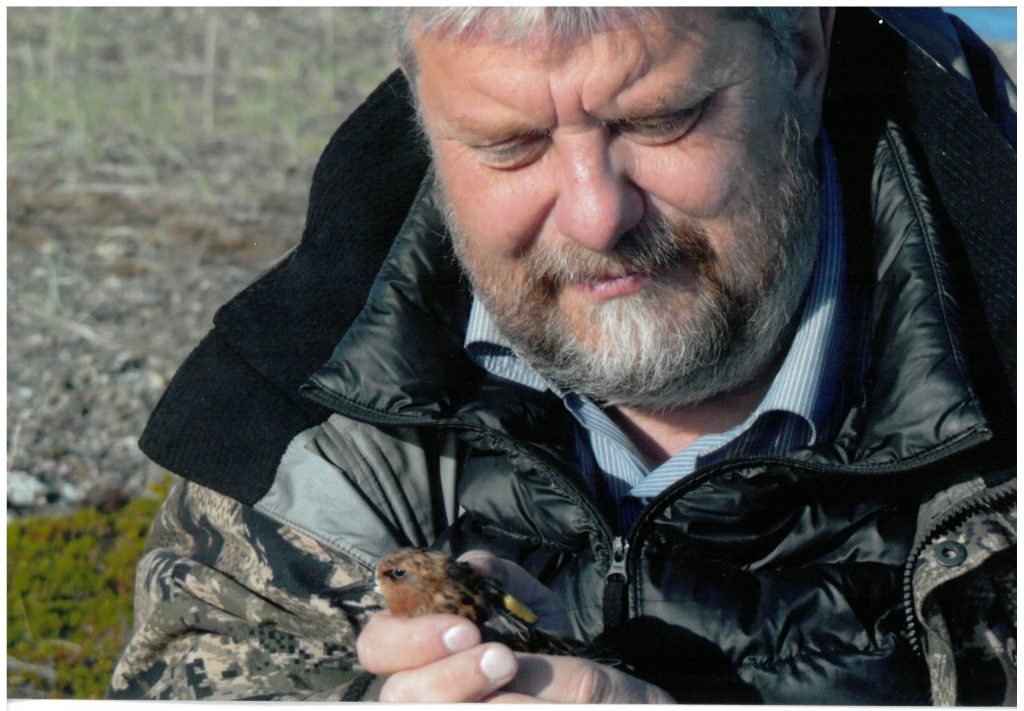 On 25 January 2022 Spoonie conservation lost its inspirational leader long before his time. Early in his career Evgeny specialised on arctic geese but in the early 2000s he started working on Spoonies and they soon rivalled geese for his attention and passion.

If there is one person who personified the fight to save Spoonies it was Evgeny, Zhenya to his friends. At a time when most bird conservationists thought that Spoonies were just a species that was a highly specialised wader with a small population, Zhenya and Christoph Zöckler kept pushing their belief that Spoonies were declining rapidly and would soon be extinct without decisive action. Eventually the evidence came out and it was clear that they were right – Spoonies  were indeed in big trouble. There was only one person who could possibly lead the Spoon-billed Sandpiper Recovery Team (subsequently The Spoon-billed Sandpiper Task Force) and that was Zhenya.

It is all too easy to say that a person had many skills, but Zhenya was a true expert, scientist, politician, negotiator, fund raiser, expedition team leader and forward thinker. He used all these skills to great effect to ensure that the limited funds for Spoonie conservation were used most effectively.

A great example of the way he thought through problems to get the best result can be shown by the way he approached dealing with Covid when it hit and threatened to stop all work at Meinypilgyno. Most people thought there was no chance of getting to the breeding grounds, but Zhenya had other ideas – a pandemic was not going to stop him. First he discussed all the options with funders and the team, then he came up with four scenarios to get the work done and got agreement that they would spend what was needed to make one of them happen depending on how the pandemic progressed.  Of course, the team got to Meina and back safely.

He was an all-round conservationist, who fought many conservation battles at all levels. He set up and was director of Birds Russia and was the Russian representative for many international agreements, especially the East Asian Australian Flyway partnership  and was instrumental in setting up The Arctic Migratory Bird initiative (AMBI).

Zhenya was a larger-than-life character who was great fun to be with and was excited by everything and everyone he met. He loved his food and drink and lots of it! He had an ability to make everyone his friend and this was one of the things that enabled him to achieve so much that others thought was impossible. His personality, drive and success in so many areas is an enormous loss to conservation as well as to those many friends he made all round the World.

He was joined on many of his travels and expeditions by his wife, Elena Lappo – a distinguished scientist in her own right. Together they achieved much more that either could have on their own. Our hearts go out to Lena and the whole family for the loss of our dear friend.

The best way we can honour Zhenya’s memory is to redouble our efforts to save Spoonie and achieve his vision, increasing Spoonie populations so they are no longer considered critically endangered.